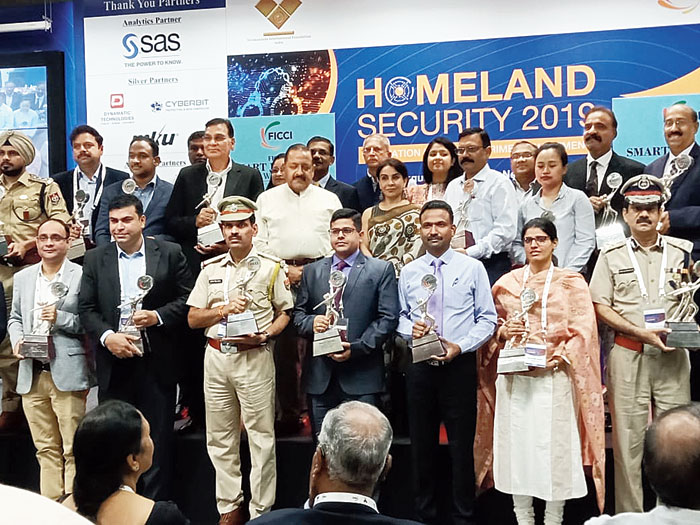 Assam police have been conferred with the Federation of Indian Chambers of Commerce and Industry (Ficci) Smart Policing Special Jury award for their efforts to check human trafficking.

The award assumes significance because Assam and the Northeast are vulnerable to human trafficking. Assam reported the maximum number of cases in 2015 among all states although the numbers have come down significantly since then.

According to the Global Organisation for Life Development (GOLD), an NGO which also deals with trafficking, Assam sees between 5,000 to 7,000 reported trafficking cases a year.

Inspector-general of police (CID) Assam, Surendra Kumar, who is also the nodal officer of the anti-human trafficking unit, received the award under the category, human trafficking, for its “best practices” in this field from chief guest Jitendra Singh, Union minister of state in the Prime Minister’s Office and DoNER, in New Delhi on Friday.

Kumar also received a certificate from Ficci as concerned officer of this award.

Assam’s steps in the area of anti-human trafficking have been included in the Compendium of Good Practices in Smart Policing published and released by the Ficci during the function.

The Ficci SMART Policing Awards, 2019 has been organised on the lines of Prime Minister Narendra Modi’s vision of SMART police.

Ficci started conferring the awards since 2016 with to promote initiatives by police for safety and security of citizens.

A total of 196 entries were received from various law enforcement agencies for this year’s awards.

“Special drives, namely Operation Muskan and Operation Smile for recovery of missing children have been highly successful in the state,” said an elated Kumar after receiving the award.

Sources said Kumar has played a key role in sensitising the field-level officers and by raising the awareness level about the nature, magnitude and devastating consequence of the human trafficking.

He has also authored a book, Role of Duty Bearers in Child Protection, published by National Law University and Judicial Academy with support from Unicef.