We rescued the leopard and took her to Jokai beat office: Official 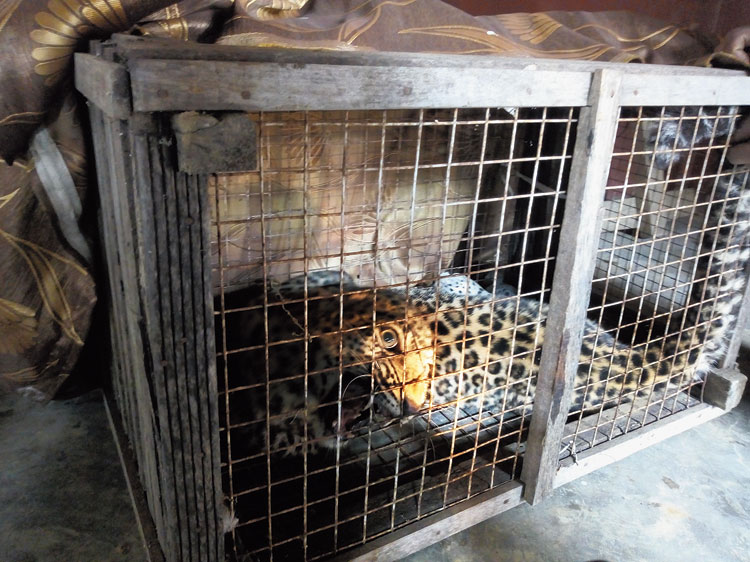 Forest officials rescued a female leopard which had fallen into a drain at Mohmoria, 4km from Jokai beat office, in Upper Assam’s Dibrugarh district on Sunday.

“We rescued the leopard and took her to Jokai beat office,” a forest official said.

“I informed the forest department after seeing that a leopard had fallen into a drain. There is a large leopard population in Jokai reserve forest and they often come out in search of food,” a resident, Ranjan Gogoi, said.

Recently, four persons were injured after a leopard attacked them at Sasoni in Naharkatia in Dibrugarh district on Wednesday. Forest officials rescued and released it in Jeypore forest.