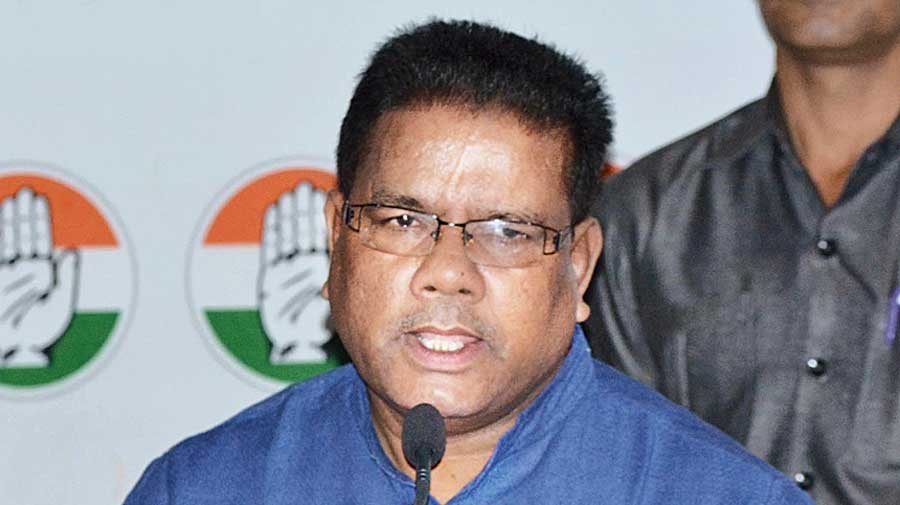 Former Assam Congress president Ripun Bora severed his four-decade-old relationship with the party and joined the Trinamool Congress on Sunday, alleging that several leaders of the grand old party are working in connivance with the BJP in the North-eastern state.

The incident occurred around a fortnight after alleged cross-voting in the Rajya Sabha election cost his seat in the Upper House of Parliament.

Assam Chief Minister Himanta Biswa Sarma said it is natural for Bora to resign from the Congress after MLAs of his own party "worked for his defeat" in the Rajya Sabha election held on March 31.

The senior leader who was a Congress member since his student days in 1976 joined the TMC in Kolkata in the presence of the party's national general secretary Abhishek Banerjee.

Abhishek Banerjee also separately welcomed him to the ruling party of West Bengal. He said in a tweet: "Extending a very warm welcome to Shri @ripunbora, a stalwart and skilled politician, who joined the @AITCofficial family today. We are extremely pleased to have you on board and look forward to working together for the well-being of our people!"

Rajya Sabha MP Sushmita Dev, who had switched over to the TMC from the Congress in Assam last year, was also present when he joined the new party.

In his resignation letter to Congress chief Sonia Gandhi, Bora alleged that several leaders of the party were working in connivance with the BJP in the state, particularly with Chief Minister Himanta Biswa Sarma.

"I am very pained to inform you that it is an open secret in Assam that instead of fighting against BJP, a section of senior most leaders of Assam PCC (Pradesh Congress Committee) have been maintaining secret understanding with BJP govt mainly with the Chief Minister," Bora said in his resignation letter.

Bora claimed that he, after assuming charge as APCC chief in 2016, was able to bring the Congress to a position where people expected it to form the state government in 2021 state polls. However, due to infighting, "people lost faith on us", he said.

The former state minister alleged that some of the Congress party leaders "played role in such a manner which paved the way for the BJP to win both the Rajya Sabha seats" from Assam recently.

The combined strength of the opposition parties in the Assam Assembly was 44 but Bora had polled only 35 votes in trhe election. Three candidates, two from the BJP-led ruling alliance and one from the Congress as the joint opposition nominee, were in the fray for two seats.

The BJP's Pabitra Margherita contested for the first seat while its alliance partner UPPL's Rwngra Narzary and Bora, a sitting MP, had fought for the second.

Margherita's victory was assured while the chief minister had urged all Congress MLAs to vote for the candidate of the ruling alliance for the second seat. Margherita and Narzary had emerged winners bagging 46 and 44 votes respectively.

All the 126 MLAs of the Assam Legislative assembly had cast their votes and one vote was found invalid. Assam Chief Minister Himanta Biswa Sarma said that it is natural for Bora to resign from the Congress after MLAs of his own party "worked for his defeat" in last month's Rajya Sabha election.

When reporters sought his reaction to Bora quitting the Congress, Sarma said, I have nothing much to say on it. But after the Congress' press conference two days before the Rajya Sabha polls and how the Congress' Delhi agents worked for his defeat, one thing was clear: his resignation is not a big thing. It is natural."

Sarma was apparently referring to a press meet addressed by state Congress president Bhupen Bora, during which he alleged that the All India United Democratic Front (AIUDF), an opposition party, had "sold five of its MLAs" to the BJP for the Rajya Sabha election.

Congress MLAs worked towards the defeat of Bora, that is true, the chief minister said. Bora joined the TMC a day after the TMC won two by-elections in West Bengal and leaders of 13 non-BJP parties expressed deep concern over the recent incidents of hate speech and communal violence in the country, and urged people to maintain peace and harmony.