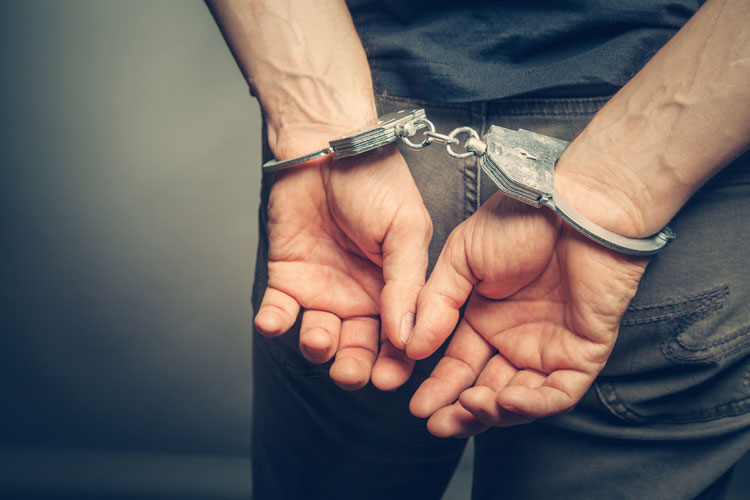 Guwahati police commissioner said the arrest was made following the interrogation of four persons arrested in the city on Saturday with psychotropic substances.
(Shutterstock)
The Telegraph   |   Agartala   |   Published 15.03.20, 09:38 PM

A suspected drug peddler, Imran Hussain, 25, was arrested from lower Assam’s Barpeta district on Sunday. Sixteen containers with 18.69 grams heroin and 43 packets containing 200 WY (World is Yours) tablets was recovered from Hussain. Guwahati police commissioner Munna Prasad Gupta said the arrest was made following the interrogation of four persons arrested in the city on Saturday with psychotropic substances.

Cinnamara Jatiya Bidyalay principal Dibyajoti Sarmah has been summoned by NIA for questioning at its Guwahati office on Monday in connection with a case registered on December 14, 2019. Sarmah, who is reportedly associated with the KMSS, was arrested along with its leader Akhil Gogoi, on December 12 in Jorhat. Sarmah received the NIA letter on Saturday.

Two persons were killed when a taxi met with an accident at Khawkawn near Ngopa village in Mizoram’s Saitual district on Sunday, sources said. The victims have been identified as K. Lalrinawma and Thangsiama, the driver.

BSF troops seized drugs and contraband items, valued at Rs 19.34 lakh, in three different incidents along the Indo-Bangladesh border in Tripura, on the intervening night of Saturday and Sunday.

Properties worth Rs 35 lakh were reduced to ashes as a devastating fire that engulfed four shops at Garam Bazar in Kenduguri in Hojai on Sunday wee hours. Locals suspected that a short circuit caused the fire. Fire tenders reached the spot and doused the flames.

A deer was killed by some unidentified poachers at Bandarguri village in Udalguri district around 10am on Sunday. Police and forest officials rushed to the village, recovered the deer’s carcass and sent it for post-mortem. “We have started an investigation to nab the culprits,” an official said.

Social worker Sankarlal Nai passed away at his residence here on Sunday. He was 74.

A bulldozer on Sunday caught fire at Dudhnoi Uportola. The incident occurred when its driver was having lunch at a nearby place.

The logo and theme song for the Rollball Super League of Assam Rollball Association was launched ceremonially at RG Baruah Sports Complex here on Sunday.

The District Legal Service Authority (DLSA), in collaboration with Hojai police and Childline Protection has launched crusade against child marriage.

Acting on specific information, the DLSA in assistance with Childline and Akashiganga police outpost stopped a child marriage at Daboka Budhigaon under Hojai district on Sunday.

The girl has been handed over to Childline for counselling.