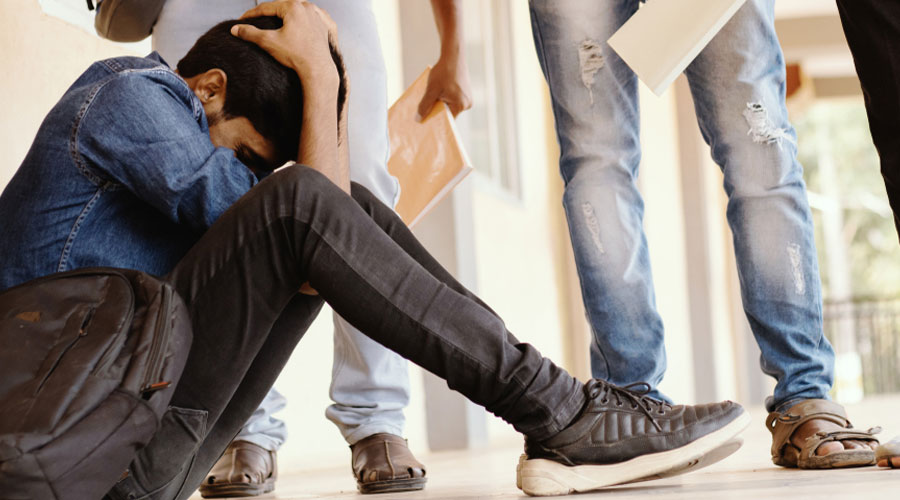 The main accused in the Dibrugarh University ragging case surrendered before police on Monday, eight days after he was named along with four others in two FIRs for allegedly inflicting “extreme mental and physical torture” on a first-semester MCom student.

Assam education minister Ranoj Pegu on Monday met the ragging victim Anand Sharma at Aditya Hospital in Dibrugarh where he was currently recuperating following a critical surgery to fix his severely damaged spinal cord. Pegu said the government has initiated steps to prevent a repeat.

Rahul Chetry, a former Dibrugarh University student, surrendered at the Lekhapani Police Station in the neighbouring Tinsukia district in the morning, about 150km from Dibrugarh in upper Assam.

A Dibrugarh Police team then took him to Dibrugarh and produced him before a local court which remanded him to five days in police custody.

Chetry, a third-semester law student of JB Law College in Guwahati, was on Saturday expelled from the institution for his alleged involvement in the November 27 ragging case.

Sharma, who will be shifted to a cabin from the ICU on Tuesday, had jumped off the second floor of his hostel room to “save” himself from his seniors who “ragged” him through the night.

Chetry, 26, claimed he was innocent and was evading the police because he feared getting lynched, given the reaction the ragging case had generated. He also said the truth will “eventually” prevail and that he has “faith” in the judiciary.

However, ragging victim Sharma said Chetry was the “first to beat him” during the ragging session.

His family members asked why was Chetry on the run if he were innocent as claimed while seeking exemplary punishment for those involved in the case.

A police official told The Telegraph that Chetry was the “brain behind the ragging incident, based on our investigation so far”.

Chetry surrendered because the police “piled up the pressure and shut all his escape routes”.

“With Chetry’s arrest, we have arrested all the five named in the FIRs lodged by the varsity and the victim’s family. So far we have arrested seven students, two of whom, including Chetry, are from outside the university. The investigation is on,” a police officer said.

Education minister Pegu, after meeting Sharma, said the chief minister’s office has written to university vice-chancellors expressing his concern over the ragging incident and asking the varsity and college authorities to prevent a repeat.

The higher education department has also written to the college and varsity authorities to implement the UGC guidelines to prevent ragging.

“If colleges and varsities fail (to check ragging), the police will interfere… then they should not mind,” Pegu said, conveying the government’s zero-tolerance stance towards ragging.

A senior official told The Telegraph the content of the letters from the CMO and the higher education department is similar in spirit — be proactive to prevent a repeat.

The department also held an online meeting on the ragging issue a few days ago.

“We have asked the varsity and college authorities to ensure no former boarder was allowed to stay in the hostel because their presence has emerged as the main reason for ragging. Instruction has been sent to free the hostels of such super seniors/boarders,” the official said.