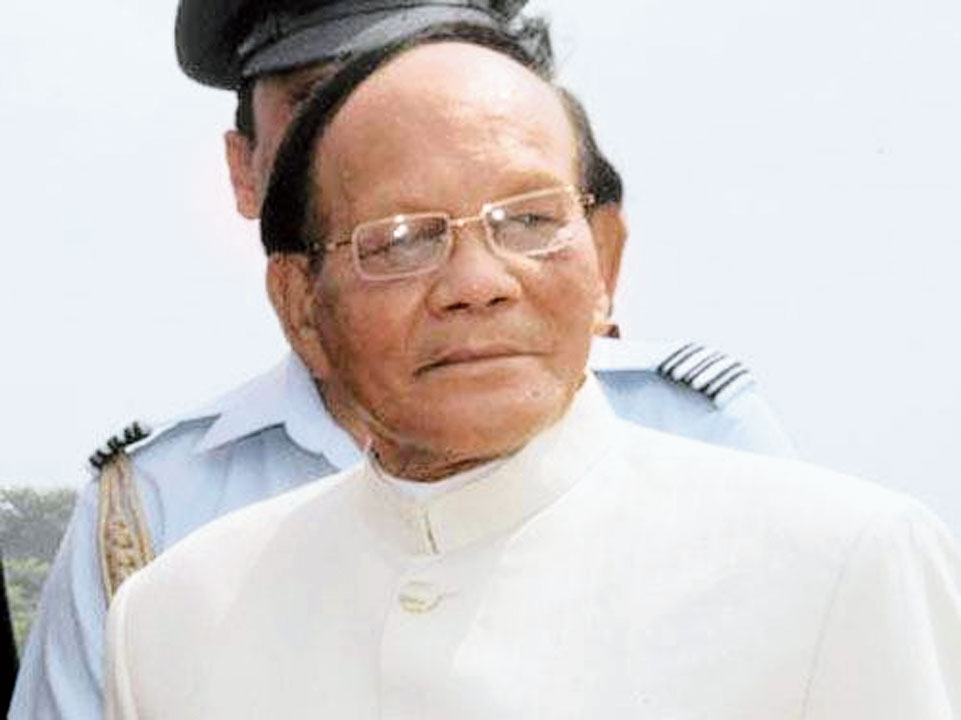 Former Congress leader Devanand Konwar, who passed away here on Saturday, was cremated with full state honours on Sunday at Demow in Sivasagar.

Konwar, who joined the Congress in 1955 as a student leader, became a four-time MLA and a minister. However, he shifted his allegiance to the AIUDF before the 2016 Assembly polls.

The mortal remains of the former Assam minister and governor of Bihar, West Bengal and Tripura was cremated near the samadhi kshetra (crematorium) of his father Padma Kanta Konwar and mother Kusum Kumari Konwar at his native village, Nitai Konwar Gaon.

He breathed his last at his Rukminigaon residence in Guwahati.

The former Congressman’s funeral was carried out adhering to the guidelines of the lockdown.

Assam chief minister Sarbananda Sonowal has expressed grief over the demise of Konwar.

He said: “Saddened to learn about the demise of former governor of Bihar, West Bengal and Tripura and former Assam minister Devananda Konwar. My sincere condolences to the bereaved family members.”

AIUDF general secretary Aminul Islam in his tributes on behalf of the party, said that Konwar was a “good man, good politician and a good leader” and his demise is “not only a loss for the AIUDF but also a loss for Assam'.

Konwar had been the cabinet minister in the state government – in 1991 in the Hiteswar Saikia government and in 2001 in the Tarun Gogoi government.

Gogoi too offered his condolences to his former colleague.