The man, after dropping a patient to Jorhat, was allowed to go back to Maharashtra after submitting his swab samples 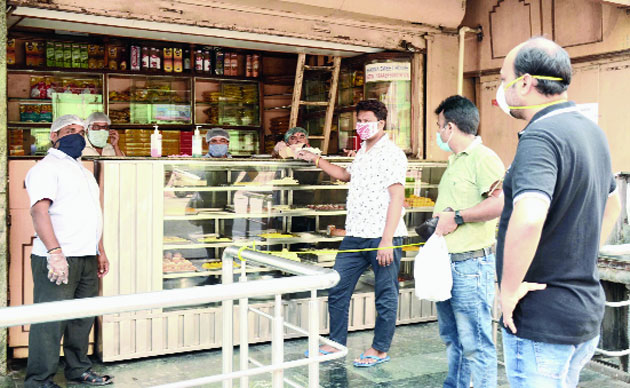 The Assam government’s decision to send back a driver from Mumbai, who later tested positive for Covid-19, drew criticism from various quarters on Sunday.

The driver, who had brought back a patient to Jorhat in Upper Assam from Maharashtra, which has the most Covid-19 patients in the country, was allowed to go back after his swab samples were collected on Saturday.

A few hours later, Assam health minister Himanta Biswa Sarma tweeted that three persons, including the ambulance driver who drove them to Jorhat from Mumbai, tested positive for Covid-19, and that the driver had been sent back.

Senior Assam Congress leader Bobbeeta Sharma said, “Now, the driver has been sent back. Can a Covid patient be allowed to go back? That too by road travel for three days? What about him coming in contact with others on the way?”

Many others echoed the same concern and criticised the health department’s decision. Many took to social media and started questioning Sarma, to which the minister replied, “Actually the driver left for Mumbai and we allowed him to go as he was asymptomatic. Now on our request, he has been stopped in Bihar for hospitalisation.”

Assam police are also investigating whether the driver had stopped anywhere in the state or come in contact with others while driving back.

Jorhat deputy commissioner Roshni Aparanji Korati said, “According to protocol, drivers and others engaged in essential services are allowed to go after screening, unless they exhibit any symptoms.”

AASU concern: The All Assam Students’ Union (AASU) on Sunday expressed concern over the growing number of Covid-19 cases in the state.

It demanded the government to implement the lockdown strictly for the remaining days in the third phase.

The union appealed to the people not to come out of their homes unless it was utmost important and strictly abide by the guidelines laid out by doctors or administrations.

It said in a statement that the government should take responsibility to protect those engaged in emergency services like health workers and police.

“AASU is worried at increasing number of Covid-19 positive cases in the state. It is a matter of concern that doctors and other heath workers have been inflicted with the disease. The government should take steps to stop the spread of the disease. There is a need to increase testing in the state,” its general secretary Lurinjyoti Gogoi said.

The AASU appealed to the people to follow doctor’s advice that those above 65 years and children should not venture out of their homes.

The AASU said people have been facing economic problems during the lockdown. It appealed to the government to take measures to alleviate the people’s distress.

Additional reporting by Devajit Baruah in Jorhat and a staff reporter