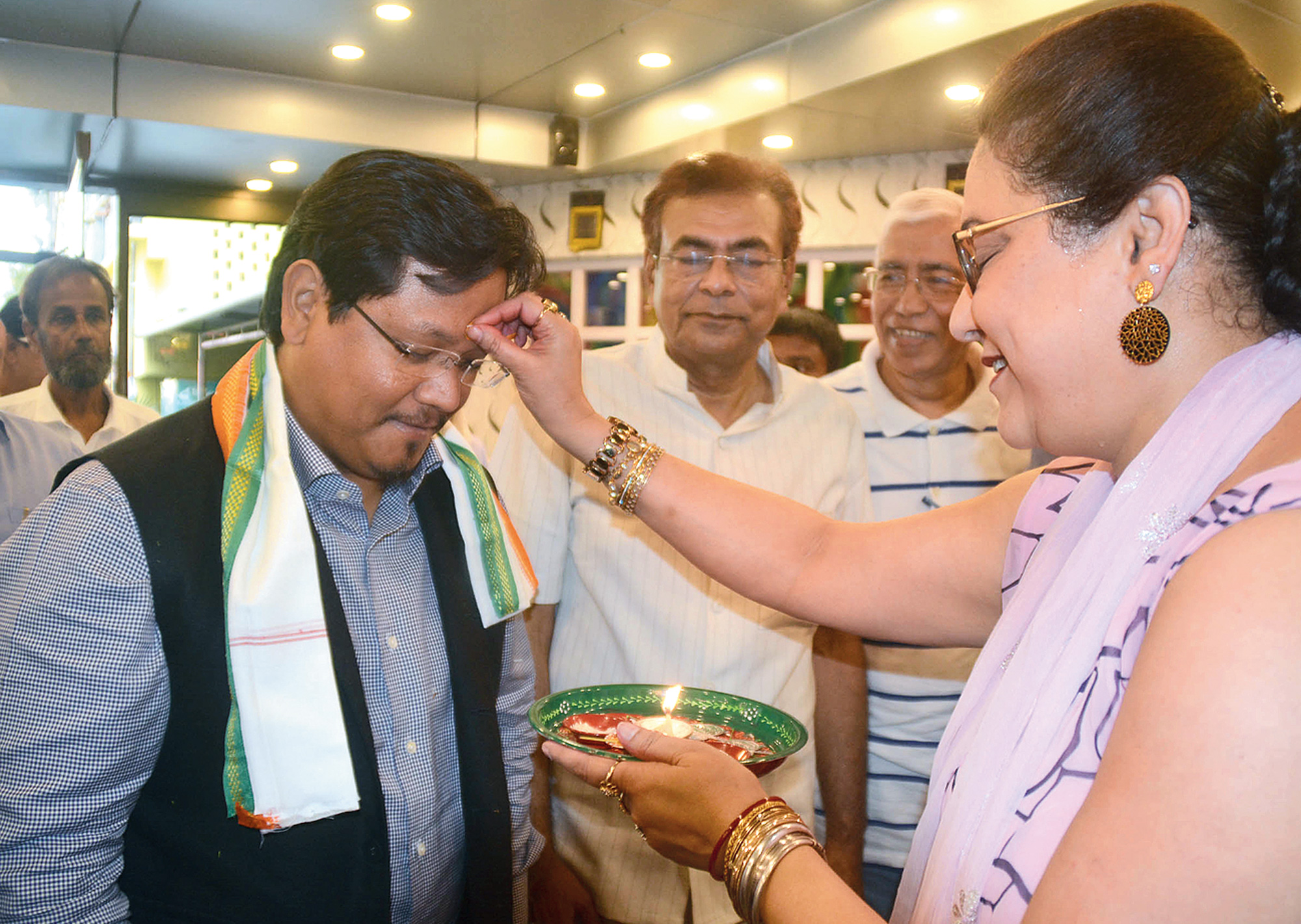 Meghalaya chief minister and National People’s Party (NPP) president Conrad Sangma on Saturday said Assam’s Cachar district in general and its headquarters, Silchar, in particular, have been deprived of progress and development for years and the people here should “ponder over this judiciously” while voting in the Lok Sabha elections.

Conrad was in Barak Valley to campaign for NPP candidate for Silchar seat Nazia Yasmin Mazumder. During a programme at a hotel here on Saturday afternoon, he said the region had been neglected by political parties as a result of which it did not witness the kind of development it should have. “People need to give this a serious thought. Otherwise they will have to live like they have been living over the years,” he said.

Conrad said the NPP was a party for the indigenous communities of the Northeast and it had been fighting for their rights and interests since its inception. “We will be the voice for those whose voices have not been heard by any.”

He urged the people to shower their “love and blessings” on Nazia so that the region can witness a new era of development.

Nazia said Cachar was not a land of any particular community but belonged to several communities who had been living here for decades. “Different communities, especially the indigenous people, have been deprived of development for years. Political parties are apathetic to them as a result of which they do not get many facilities,” she said.

Nazia claimed to have visited many places in Cachar and interacted with people belonging to the indigenous communities. She said people narrated their plight to her, saying that they were used as a “vote-bank” by different parties, including the Congress and the BJP.

“They (the Congress, the BJP) have no accountability,” she added.