The chief minister moved from house to house, took stock of the extent of damage and talked to the affected people 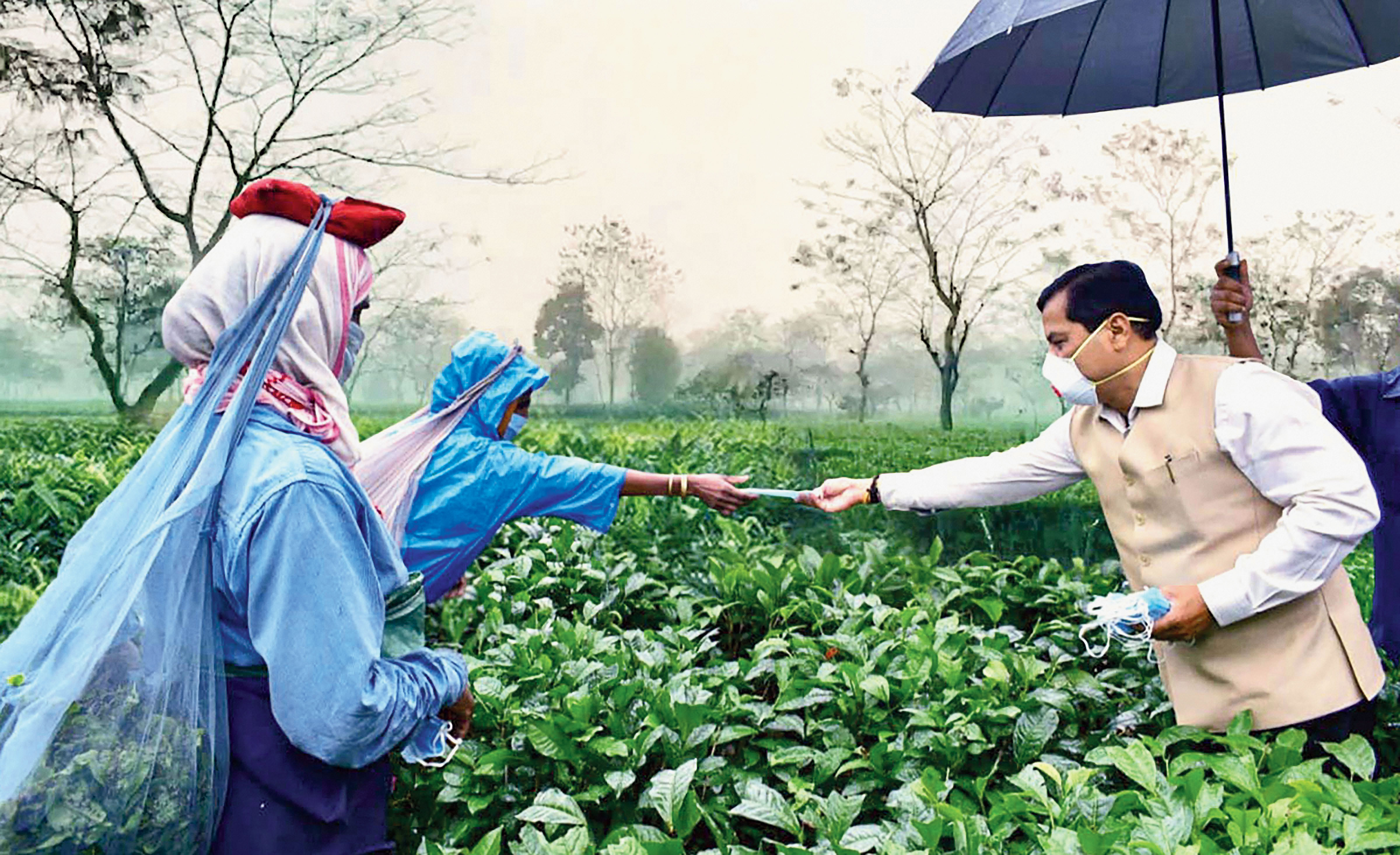 As the seasonal storm battered parts of Lezai of Moran in Dibrugarh district of Upper Assam, chief minister Sarbananda Sonowal on Friday braved inclement weather to visit and talk to the affected people.

Sonowal visited Lezai and Lezai Baruah villages where a section of people along with their properties were badly hit by the cyclonic storm.

The chief minister moved from house to house, took stock of the extent of damage and talked to the affected people. He also assured them that the government would stand by them in this hour of need.

Sonowal had directed all deputy commissioners to take immediate steps to reach out to the affected people to mitigate their hardships after the destruction caused by storms.

He also directed them to carry out a survey to assess the magnitude of damage.

Sonowal told the storm-hit people of Lezai that Dibrugarh deputy commissioner Pallab Gopal Jha in association with other heads of the departments of the district is preparing a report to quantify the damage of properties so that the government machinery can intervene to rebuild the damaged houses immediately.

The chief minister said at a time when the entire state is in lockdown to contain the spread of novel coronavirus, the seasonal cyclonic storm had brought untold sufferings to the people. He, therefore, reiterated that his government is committed to providing relief and respite to the people to give them solace especially when the state is going through an unprecedented health emergency.

Empathising with the people, Sonowal said the government would get on to with the restoration immediately and help them lead a life of dignity. He observed that since the monsoon is approaching and the possibility of seasonal floods loom large, the workers associated with repairing the embankment should maintain adequate social distancing.

He also called upon the contractors, engineers and workers to adhere to the protocol and advisories given by the health and family welfare department in view of the Covid-19 pandemic.

Sonowal also visited the Bokpara tea estate in Dibrugarh and took stock of the Covid-19 prevention measures taken by the tea garden workers. The chief minister praised the tea garden workers for practising proper social-distancing rules during plucking of tea leaves in the tea garden. He also distributed face masks to some of the workers involved in tea plucking.

Sonowal also appealed to the workers to follow all safety protocols and hygienic practices at their workplace and homes. He said everyone must join the battle against the novel coronavirus pandemic so that it is defeated and this can be possible only by following government guidelines.