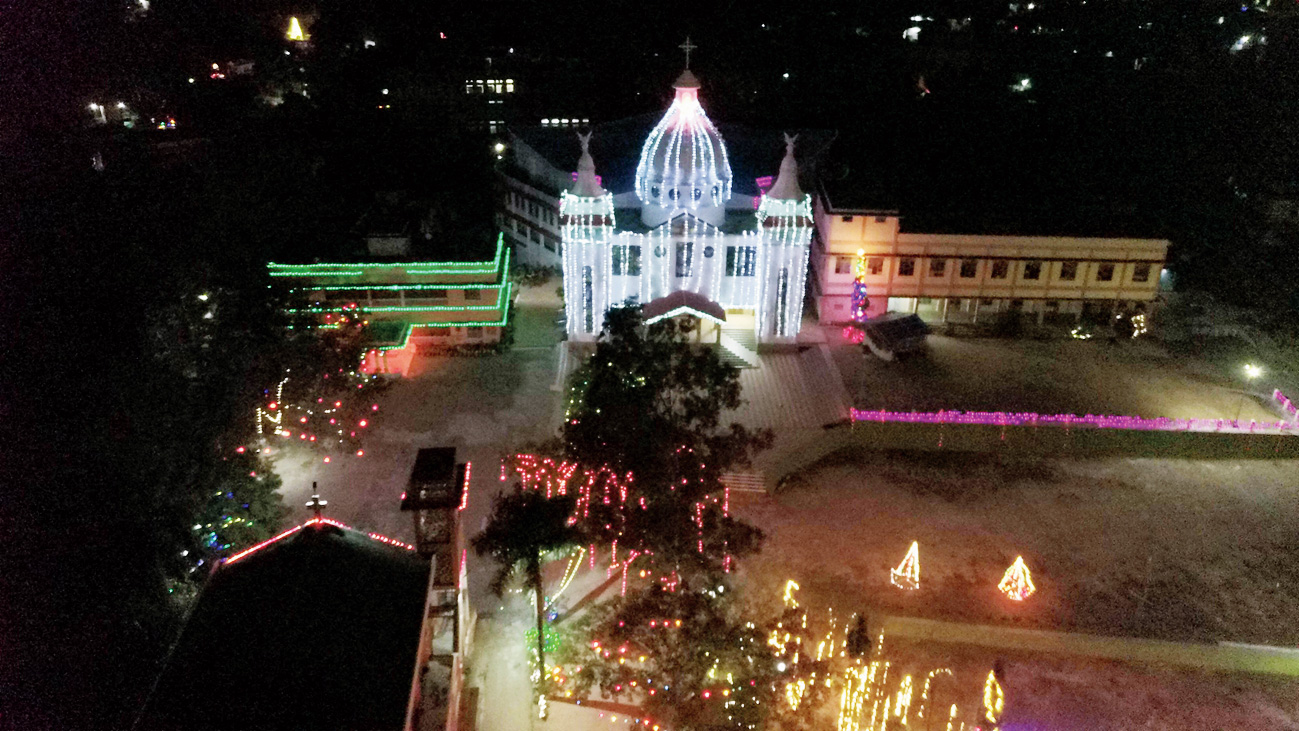 What is Christmas without carols? Carols were first sung in Europe thousands of years ago, but these were songs sung at the winter solstice celebrations as people danced round stone circles. Carol actually means dance or a song of praise and joy and the tradition of singing those at Christmas have survived quite typically in Meghalaya’s Garo hills in the form of Song Kristan.

It has been a tradition to welcome Christmas from as early as on December 1 when young and old gather in groups to perform Song Kristan. Participants sing these Garo Christmas songs and dance alongside to the beat of drums.

In Tura, the district headquarters of West Garo Hills and the main town in this region, for instance, it is performed at select places like Jannga in Wadanang, Dobasipara and New Tura field.

People also practise the same as far as in Baghmara, the district headquarters of South Garo Hills. After New Year Day, a mammoth gathering of Song Kristan is usually held especially in North Garo Hills bordering Assam. The gathering formally brings down the curtain on Christmas and New Year’s celebrations.

In Garo, song implies a village and Kristan stands for Christianity. Before the advent of Christianity, people of the Garo hills were “Songsareks” or pagans who celebrated Wangala, a post-harvest festival and sang devotional songs known as kirtan.

There are also specially composed songs for Song Kristan to be sung during Christmas. The Matchakol Baptist Church in Tura has compiled only Song Kristan songs into a book.

But with time, there is an apprehension that the tradition of Song Kristan, especially in the town areas might fade.

Audrey R. Marak, a retired teacher of Government Boys’ Higher Secondary School, said: “Although the participation of people in the dance is dwindling, particularly in the towns, organising annual competitions is a way of preserving this tradition.”

In the interiors, however, Song Kristan is still observed religiously and a Song Kristan competition was held at Baghmara.

There are also those who think that the very meaning of Christmas is no longer understood by the new generation.

Foster W. Momin, a retired lecturer from the Tura Government College, said: “In the villages, people dance to the beat of the drum. In the past, we had midnight service during Christmas and New Year with a lot of devotion and spirituality. These days, the spirit is no longer the same. The very meaning of Christmas is not understood by the younger generation.”

In the Meghalaya capital, Shillong, brisk shopping was visible on Monday as people hopped from one shop to another while churches were illuminated to welcome the birth of Christ.