Campaign-II ends on a high note 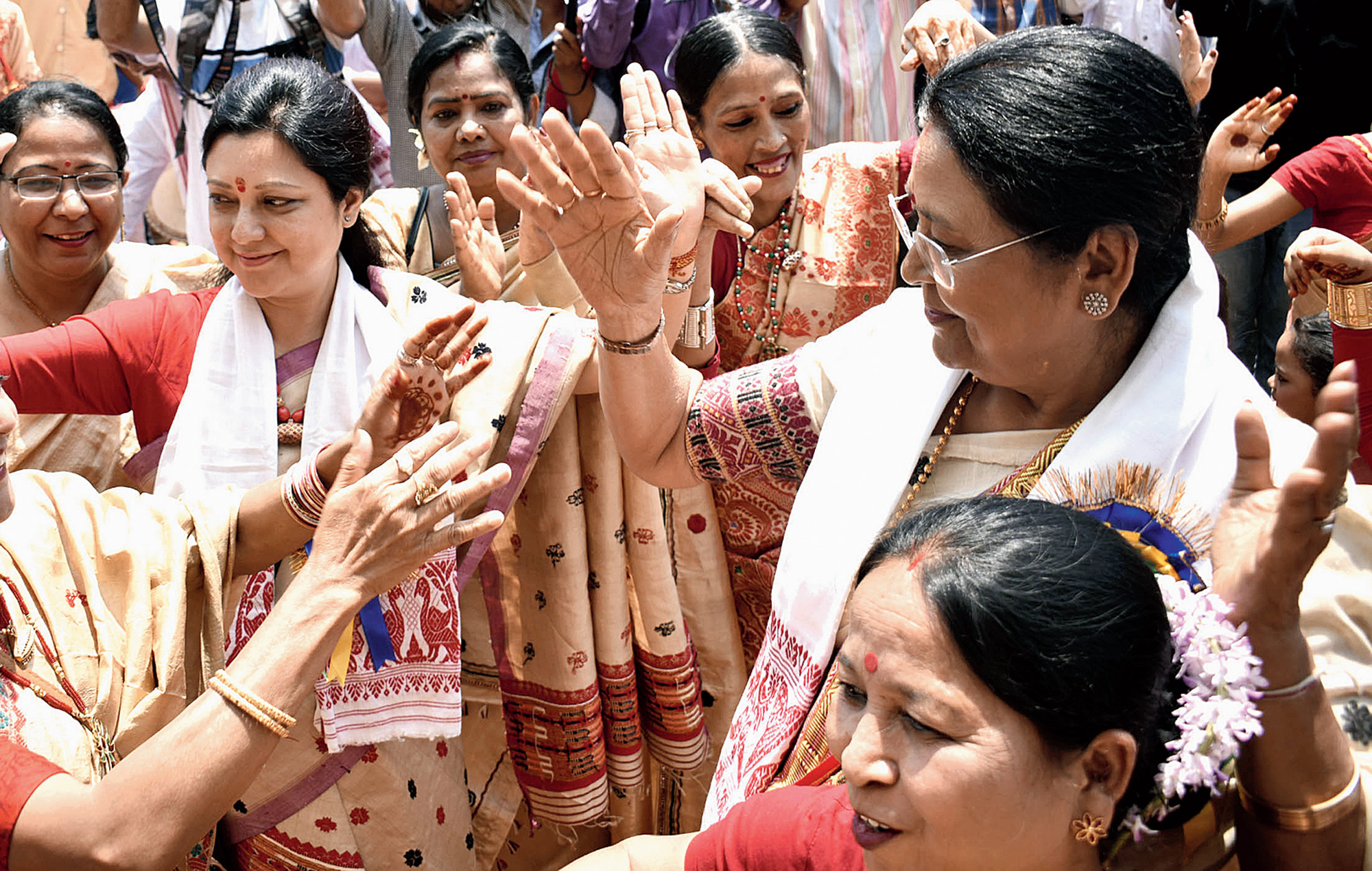 In harmony: Bobbeeta Sharma of the Congress and Queen Oja of the BJP celebrate Rongali Bihu in Guwahati on Sunday.
Picture by UB photos
Our Special Correspondent   |   Guwahati   |   Published 16.04.19, 06:57 PM

Campaigning for the second phase of 2019 Lok Sabha elections reached its peak in Assam with chief minister Sarbananda Sonowal and finance minister Himanta Biswa Sarma holding back-to-back rallies before it drew to a close at 5pm on Tuesday.

Sonowal and Sarma addressed four election rallies each in Karimganj and Mangaldoi respectively.

Elections to one parliamentary seat in Manipur (Inner) will be held in the second phase.

For the six seats of the Northeast, altogether 71 candidates, including five women, are in the fray.

In Dima Hasao, under Autonomous District constituency, around 596 civil and police personnel moved to their assigned polling stations in the interior areas on Tuesday. Similar measures were being taken for the other seats.

Rain and thunderstorm disrupted electioneering in certain areas of central Assam and the north bank under Nowgong, Mangaldoi and Autonomous District constituencies on Monday and Tuesday.

In Manipur valley, the BJP held several rallies, including those by chief minister N. Biren Singh at Sagolbandh Moirang Leirak and Kwak Keithel in Imphal, on Tuesday. The party candidate for Manipur Inner is R.K. Ranjan.

Eleven candidates, including four Independents, are in the fray for Inner Manipur.

The Election Commission has ordered repolling at booth No. 165 in Dhemaji Town High School (East Wing) under Lakhimpur constituency from 7am till 5pm on April 18.

Voting was halted at the polling station in the first phase on April 11 because of chaos triggered by an alleged misconduct by the presiding officer. The officer allegedly forgot to press the “clear” button after the mandatory mock polling that takes place before actual voting begins.

Nearly 93 per cent voters cast their ballots during repolling at the Konarchar booth in Meghalaya’s West Garo Hills on Monday, for both the Lok Sabha and the Selsella byelections, officials said. The repoll was necessitated due to a mix up of the EVMs for the Lok Sabha and Selsella byelection held on April 11, they said. Out of a total of 674 eligible voters under Konachar polling station, 665 cast their ballot for the Lok Sabha elections and 663 for the Assembly bypoll, election officials said, PTI adds.