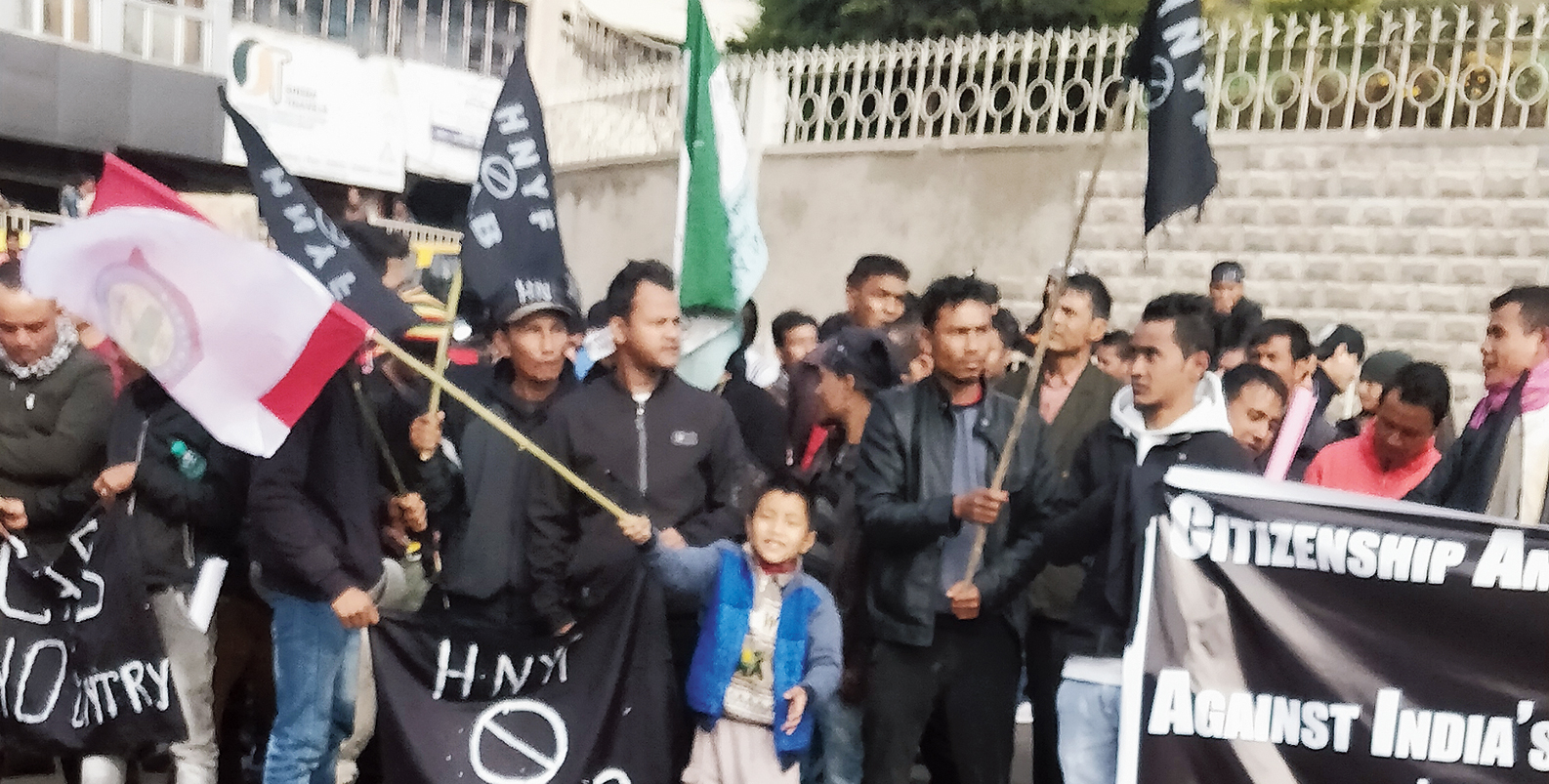 Protests were staged in the Meghalaya capital and Tura on Friday against the Citizenship (Amendment) Bill, 2019.

Speakers at the gathering said the bill was a threat to the indigenous peoples of the state and the region, considering the fact that Bangladesh lies in close proximity.

The bill was recently passed by the Lok Sabha but could not be tabled in the Rajya Sabha due to stiff opposition. The bill has set the entire Northeast on a warpath against the Narendra Modi-led government at the Centre as it is feared that it would allow illegal migrants from Bangladesh to swamp the region.

In Tura, the headquarters of West Garo Hills district, about two hundred workers of the Meghalaya Pradesh Youth Congress demonstrated in front of the BJP office and burnt effigies of Modi and BJP national president Amit Shah.

“The citizenship (amendment) bill is communally-motivated humanitarianism. It will give incentive to further immigration, which will lead to the Northeast indigenous communities being reduced to a minority,” Youth Congress president Richard M. Marak said.

He said the bill was nothing but a step towards vote bank politics and urged all BJP members who think about the future of their children to quit the party. “To top it all, we have a chief minister (Conrad K. Sangma) who is voiceless against his political masters. All his press releases about withdrawing from NEDA (North-East Democratic Alliance) and association with the BJP are nothing but empty threats, it is all talk and no action,” Marak said.