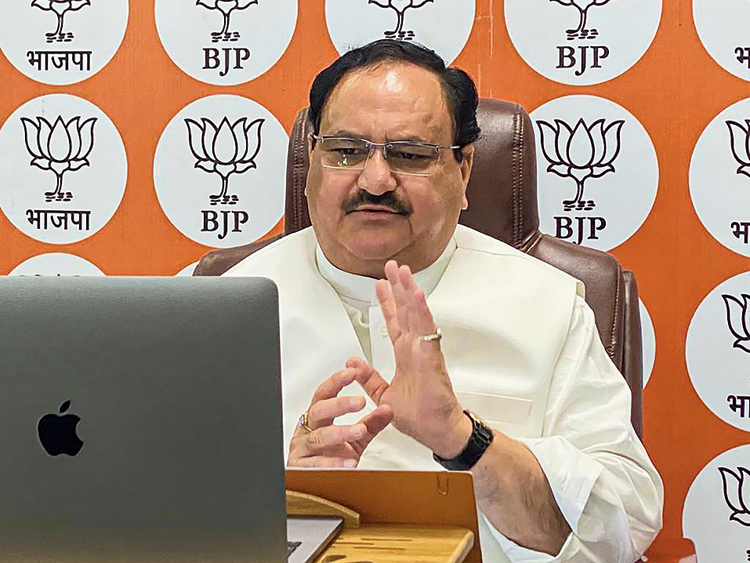 The ruling BJP is continuing its preparation for the upcoming elections in Assam amid the coronavirus pandemic.

The party’s core committee had a meeting with BJP national president J.P. Nadda on Sunday on the current political scenario in Assam, where he asked the state committee to assess the performance of the legislators.

“The meeting focussed on two issues — the current political situation of the state as well as the measures it is taking to combat the coronavirus pandemic,” said a source in the party.

“The meeting discussed the BTAD election, other town committee elections and the next year’s Assembly election. Nadda asked the core committee members to review the party’s position constituencywise and assess performance of the MLAs,” said the source.

The party had earlier taken an initiative to make the legislators accountable by asking them to submit report cards. However, not many MLAs had submitted their report cards.

Dass had earlier said the chance of sitting MLAs getting a ticket would depend on their performance indicating that some of them might not get tickets for next year’s Assembly election.

The source said Nadda asked the state committee to continue organisational activities through online mode saying the fight against Covid-19 was likely to be prolonged.