Bid to polarise Assam with doctored video of AIUDF chief 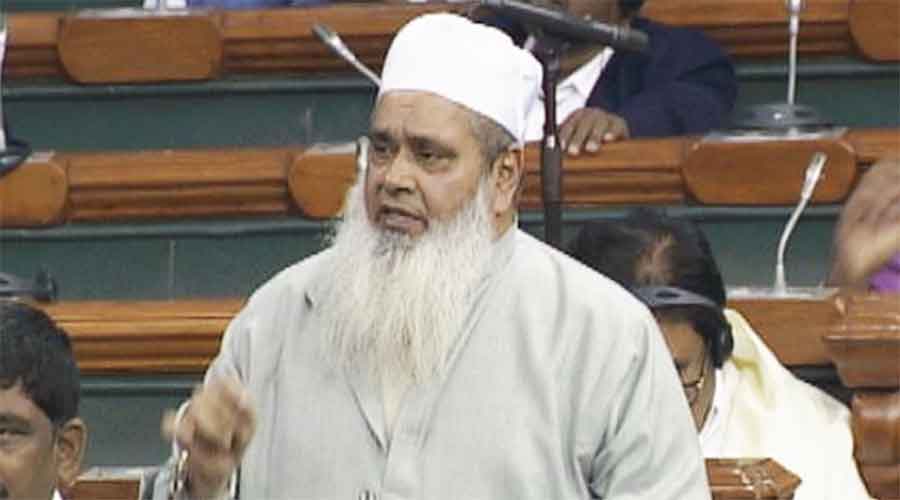 A doctored video clip that gives the impression that All India United Democratic Front (AIUDF) chief Badruddin Ajmal has said in Bengali that the Congress-AIUDF alliance will turn India into an Islamic state has set the temperature soaring in poll-bound Assam.

While Ajmal has threatened to take legal action against those behind the alleged doctored viral video, BJP leader Himanta Biswa Sarma has called for a thorough probe.

The video, which started doing the rounds of the social media on Tuesday night, has been found to be “doctored” by Alt News, a non-profit fact-checking website in operation since 2017 to detect and curb fake news.

The website on Wednesday afternoon carried a report under the headline “AIUDF’s Badruddin Ajmal didn’t say India will become Islamic nation, 2019 speech clipped”. The report said the clipped video was “made” viral by “regional news and right-wing influencers”.

Ajmal called a hurried media conference to dismiss the video clip released by an NGO — the Legal Rights Observatory — as “100 per cent fake and adulterated” and circulated to “create” communal divisions.

Ajmal and the AIUDF released the original clip of his speech delivered in Barpeta in 2019. In the original speech, Ajmal says the Mughals did not dare to turn India into an Islamic state and asks Prime Minister Narendra Modi not to dream about a Hindu rashtra.

The LRO is a legal rights body “linked’ to the RSS. In December, the LRO had tweeted, “FIR filed against body run by Badruddin Ajmal for receiving funds from foreign ‘terror financiers.…”

Ajmal also saw in the viral video a “ploy” by his political rivals to “damage” the party’s electoral prospects in the upcoming polls in the state after the formation of the Congress-led grand alliance involving eight Opposition parties.

The AIDUF is contesting 19 of the 126 Assembly seats.

The AIUDF chief said he had started discussions with his lawyers about filing an FIR and moving the Election Commission against those behind the circulation of the “fake” video.

His party retweeted a tweet by a senior journalist: “AIUDF chief Badruddin Ajmal’s viral video with blatant ‘communal remarks’ is doctored. Several Assam TV channels telecast it. DY365 now shows both the doctored & the original, the meaning of what Ajmal said in the original is exactly the opposite.”

The AIUDF’s ally Congress, too, hit out at those behind the viral video.

PCC general secretary Diganta Choudhary said: “We strongly condemn the nefarious designs of the BJP to polarise voters during the election. After miserably failing to protect Jati-Mati-Bheti and their much hyped developmental planks, price hike of all essential commodities, including petroleum products, they have nothing else to show the people and hence they are stooping to new lows.”