He is now in home quarantine under strict surveillance 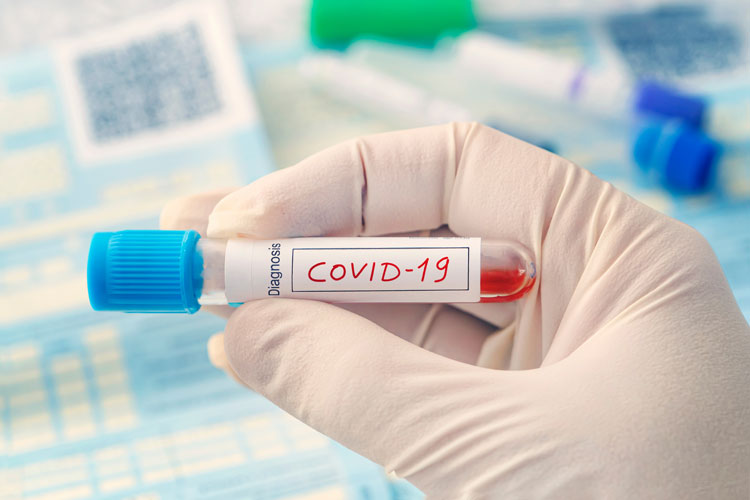 The person who had come from abroad to Hailakandi on Monday and sent to the Silchar Medical College and Hospital (SMCH) for screening, has been found to have no symptom of coronavirus.

Superintendent of police, Hailakandi district, Pabindra Kumar Nath, said: “As per the latest report, he has been allowed to return home as his test result for Covid-19 is negative. He is now in home quarantine under strict surveillance.”

Nath said he would be prosecuted for concealing information and not reporting to the nearest police station or health centre on his arrival from abroad.

Hailakandi Sadar police station has registered a case (No. 266/20) under Section 188 of the IPC against him and his father who is a gaon panchayat secretary.

Nath said the father misled the officials by saying that his son was in Delhi and would arrive in a day or two. “On inquiry it was found that the person had already reached home.

A search warrant was issued and he was apprehended and sent to the SMCH for medical check-up. An investigation is on,” Nath said.

Altogether 1,102 people have been put under home isolation with 381 quarantined on Wednesday in Hailakandi district.

A total of 118 surveillance teams have been pressed into service.

Besides, the five-bed isolation ward at the civil hospital, quarantine facility has been set up with a total bed capacity of 105.

Meanwhile, the Hailakandi district administration has appealed to the people not to panic but stay indoors.

In an appeal to the people on Wednesday, deputy commissioner Keerthi Jalli said the administration and the health department were taking preventive measures coronavirus and the people must fully cooperate by staying indoors.

Jalli said the district had sufficient food stock to last for two months and there was no need for panic buying. She said groceries with trade licences will remain open between 9am and 3pm and two persons from each family would be allowed to buy essentials within a radius of 1km. “They will have to come to the nearest grocery on foot and not by any mode of transport,” said Jalli.

With a view to minimising contacts in the wake of the outbreak, the district administration has launched Sahayata for doorstep delivery of groceries with minimal delivery charges.

It is a joint initiative of the district and Hailakandi Municipal Board.

The service will be available in all the 16 wards of the town.

Jalli appealed to senior citizens and people from all walks of life, including daily wage earners, to cooperate with the administration during the lockdown period. “We are here to take care of everyone, including the doctors and health workers who are working day in and day out to protect the lives of people by risking their lives. Do not panic, stay indoors and stay healthy. Pray at home as it is not at all conducive to go outside to offer prayers at temples, mosques, churches and other religious places,” Jalli said.

Jalli said the government would find ways to help the daily wage earners and construction workers during the lockdown period.

In pursuance of the Assam government’s order, the district administration will not allow more than three persons in any place of worship to prevent congregations.

Jalli inspected the five-bed isolation ward of SK Roy Civil Hospital on Wednesday and instructed the superintendent and doctors to provide the best possible healthcare to those quarantined. As of now, there is no person quarantined at the civil hospital.

A pharmacy store of Silchar town is maintaining a distance of one metre from the customers.

Residents of an apartment on NN Dutta Road in Silchar town of Cachar district have been put under quarantine by the health department on getting information that five inhabitants of the building were in the flight with the coronavirus-infected patient of Mizoram.

Sources said the five persons travelled from Guwahati to Aizawl in a flight and then travelled from Aizawl to Silchar by road. But the health department and the district administration were tight-lipped about it.