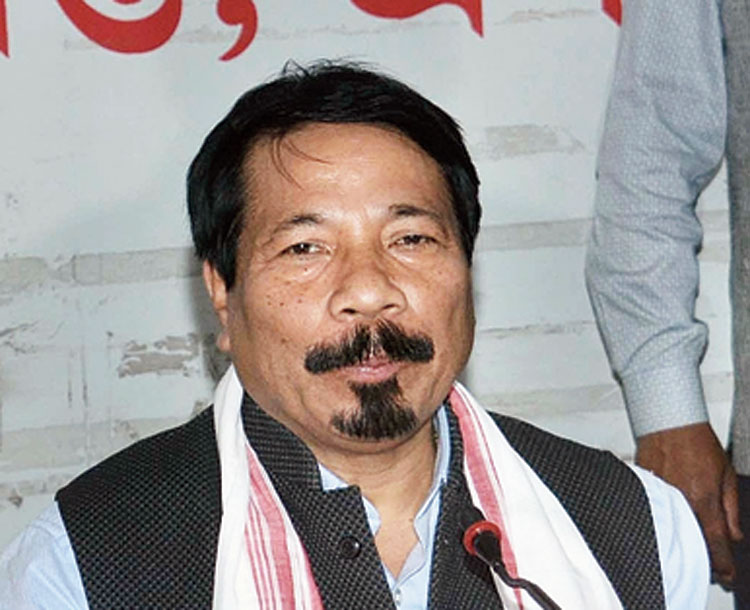 Atul Bora addresses the news conference in Guwahati on Thursday
Picture by UB Photos
Our Special Correspondent   |   Guwahati   |   Published 15.02.19, 09:56 AM

AGP president Atul Bora on Thursday desisted from rejecting outright the possibility of having a fresh tie-up with the BJP for the ensuing Lok Sabha polls.

The AGP had walked out of its alliance with the BJP in Assam last month over the latter’s firm stand to push ahead with the Citizenship (Amendment) Bill, 2019. However, when asked whether the AGP would have any understanding with the BJP for the Lok Sabha elections, Bora did not give a direct reply.

“We have not yet decided whether we will ally with any party for the Lok Sabha polls. Any decision in this regard will be taken only after discussing the matter in our party forum and taking the people of the state into confidence,” he said.

His reply was construed in some quarters as the regional party keeping its option of alliance with the BJP for the Lok Sabha elections open.

When asked why chief minister Sarbananda Sonowal had not yet accepted the resignation of the three AGP ministers, he said, “We have no idea. You will have to ask the chief minister.”

Bora described the Centre’s failure to introduce the bill in the Rajya Sabha as a “victory” for the people of Assam and the Northeast but added: “We still need to be vigilant to foil any future bid by the Centre to impose the bill on us.” He said had the bill been passed in the Rajya Sabha, the NRC update would have been reduced to a farce.