Arunachal Pradesh will be taken to new heights if the Pema Khandu government is installed in Itanagar and the Modi government in Delhi, says Modi 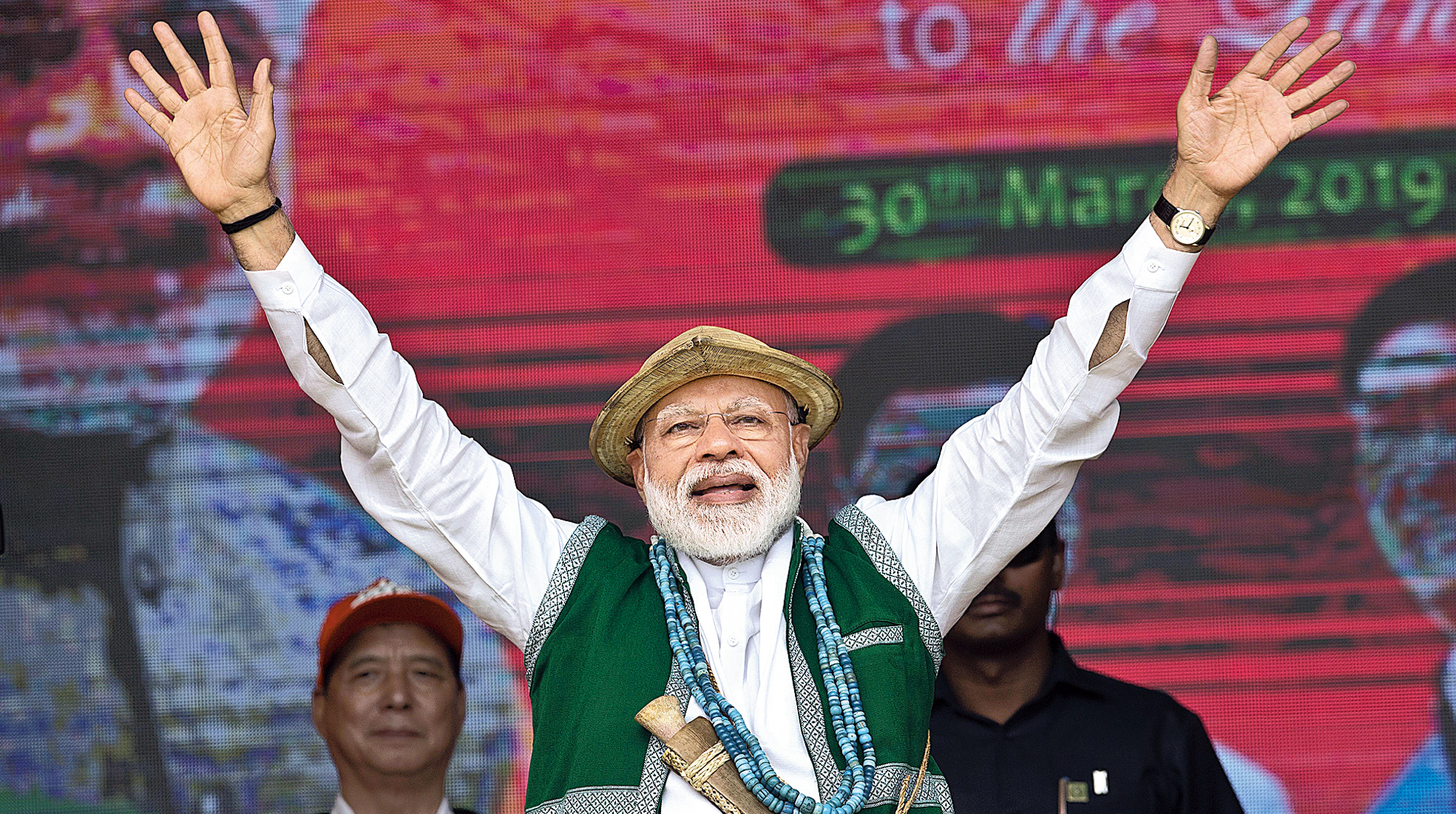 Prime Minister Narendra Modi on Thursday said a new era of development would begin in Arunachal Pradesh if the BJP is voted back to power.

Castigating the Congress for failing the Northeast on the development front, Modi listed his government’s achievements at a rally in Aalo in Arunachal Pradesh: “I had the fortune to add Arunachal Pradesh on the country’s railway map and complete the Bogibeel bridge, which cut down the time and provided better connectivity to the state.”

Aalo falls under Arunachal West parliamentary constituency, from where Union minister of state for home Kiren Rijiju is contesting as the BJP candidate.

The Prime Minister said steps are also being taken to improve air connectivity by constructing advance landing grounds (ALGs) and a greenfield airport at Holongi.

“In the Northeast, the lotus first bloomed in Arunachal. It is because of your support, the Centre has been able to bring about development in the state,” Modi said.

“Arunachal Pradesh will be taken to new heights if the Pema Khandu government is installed in Itanagar and the Modi government in Delhi,” he said.

Claiming that the Congress had a legacy stained with corruption, he said those who are on bail and narrowly escaped going to jail were hurling abuses at him.

He said the Opposition never respected the hopes and aspirations of the people. “We work for bhalai (welfare) and they (Congress) work for malai (cream),” Modi said.

According to Modi, his government had given top priority to infrastructure development in the Northeast to make it the country’s growth engine.

“In the last five years, I visited the region for a record 30 times, something that no other Prime Minister has done in the past,” he said.

Donning Adi attire, he said, “People often laughed at me when I wore tribal hats and other traditional attire during my visits to the Northeast. For them, these are tribal outfits, but for me these dresses signify the rich culture and traditions of the northeastern states.”

Mentioning that the BJP had weakened the base of the Congress in Arunachal Pradesh, Khandu said, “The Congress, which had ruled the state for several decades, was unable to find strong and suitable candidates and had to field candidates only in 46 Assembly seats.”

With three BJP nominees, Kento Jini, Taba Tedir and Phurpa Tsering, emerging victorious without a contest from Aalo East, Yachuli and Dirang Assembly seats respectively, it “clearly shows” that the people have “already rejected the grand old party in Arunachal Pradesh”, he said.

“The BJP is all set to form the next government in the state. On May 23, a new sun will rise in the state heralding a new dawn of development to be headed by a government which will continue its crusade against corruption,” Khandu said.

The Lok Sabha and Assembly polls will be held simultaneously in Arunachal Pradesh on April 11.

Additional reporting by Pankaj Kumar Sarma in Guwahati and PTI