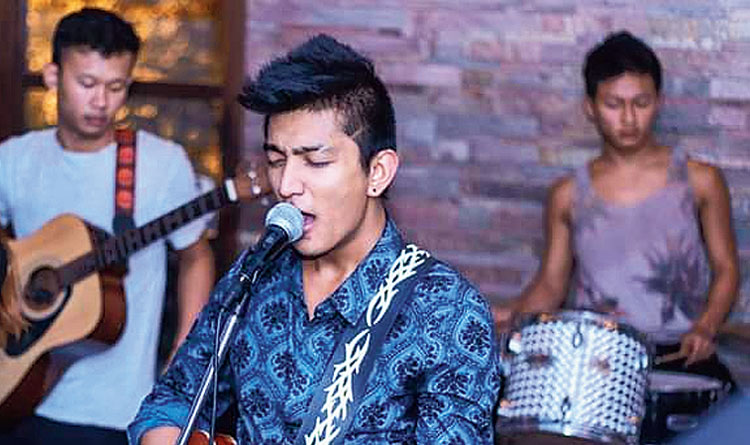 Although you asked me to follow you in the dark

Wasn’t afraid when I hear the wolves bark

The struggle is always my favourite part

They tried real hard just to tear us apart

Now I am getting started, Hit ’em back like

These are a few of the lines from Let Me Explain by Assamese singer Rahul Rajkhowa, who has dedicated the song to the cause of LGBTQ rights.

With the song, Rajkhowa has become one of a handful of artistes, not only from the region but also pan-India, to openly dedicate a song to those who fought against Section 377 of the Indian Penal Code.

The artiste, who caught national attention for his “heavy” protest against the Citizenship (Amendment) Bill, 2019, that rocked the state and the region almost seven mo-nths ago, criticising the BJP for its alleged role in dividing the region on communal lines, this time has mellowed down to soothing tunes in telling the trial and tribulations of the LGBTQ community.

The song and its music video premiered on YouTube on Sunday with popular music magazine Rolling Stone (India) sharing the video on its online webpage.

The video shows Rajkhowa featured alongside his collaborator Sudeep with the story of two ladies conveying their love for one another in the background.

The video will make its foray on music channel, VH1, in the next couple of days.

To venture into a territory, where barely a few musicians in the country have dared to tread Rajkhowa’s foray into the issue was based upon personal stories of some of his close acquaintances and their living conditions that almost hinged on the daily judgmental attitudes of mainstream society.

“I have seen people who have faced the judgmental attitude of people and overall society just because of their sexuality. The prejudices and the discrimination which gay people face, even after the decriminalisation of homosexuality in our country, is something worth talking. The people who fought against Section 377 are quite brave. I always look forward to speaking against injustices in our society,” said Rajkhowa who is also the frontman of the band, Paperboat.

The singer also confessed that Let Me Explain was an opportunity for him to delve into softer human emotions based on love and mutual understanding, a far cry from the “aggressive and heavy” protest music that he churned out during the citizen bill protest early this year.

Rajkhowa is not the only one from the Northeast to pen a song on same-sex relationship.

In 2011, a music video was released on YouTube which also depicted two ladies conveying love for each other and the consequences. In 2006, Khasi singer and musician Gwyneth Alicia Mawlong wrote Syrngiew, a Khasi song on the subject.