Civil work for installation of broadband seismographs is being undertaken 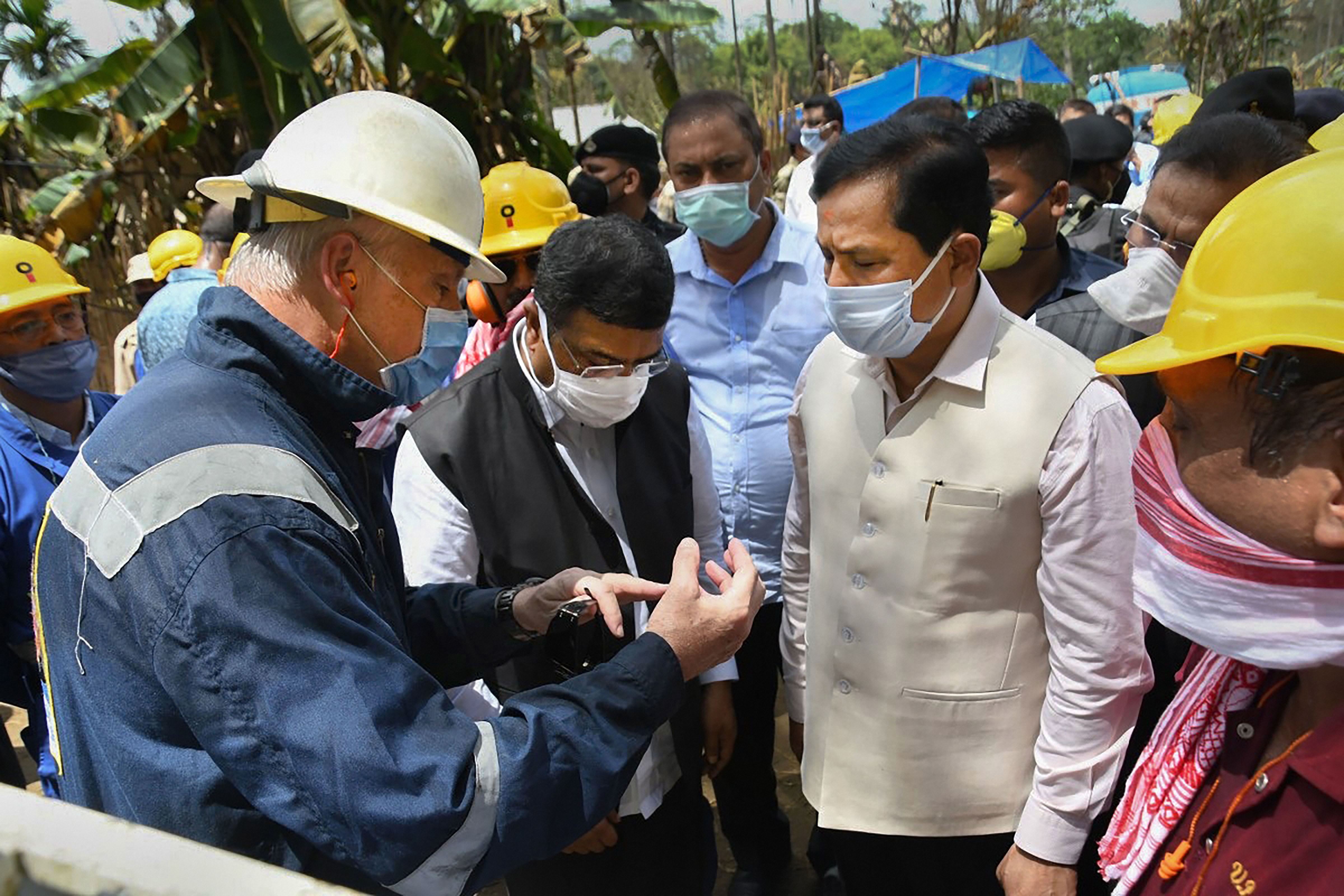 The Assam government will be monitoring the study conducted by Jorhat-based CSIR-North East Institute of Science and Technology on the continuing and unexplained tremors at the site of a gas well blowout and subsequent fire at Baghjan in Tinsukia district.

Oil India Limited, which operates the gas well, had contacted the institute on June 11, a day after locals complained that the tremors had damaged the walls of several dwellings in the vicinity.

Around 7,000 people from several villages, affected by the blowout and fire which is still raging but confined to the well, have been living in relief camps.

On Tuesday too, they staged a dharna seeking immediate and adequate compensation, not satisfied with the package announced by chief minister Sarbananda Sonowal on Sunday. The representatives of the affected people also held a meeting with the Tinsukia district administration requesting assessment of the damage as soon as possible.

Oil India has been facing a lot of flak for the May 27 blowout which has wrought havoc on life and livelihood because of heavy pollution within a radius of 1.5km from the well at Baghjan, about 530km east of Guwahati, A senior Oil India official said, “The government has taken over the study. They will deal with the institute and we will provide all possible support.”

An Oil India statement later said civil work for installation of broadband seismographs was being undertaken.

“In the meantime, officials from CSIR-NEIST, Jorhat, were called by Assam chief minister’s office and now the work will be undertaken under the guidance of the state government. A team from The Energy and Resources Institute (TERI) is expected to monitor noise and air quality in the area,” the statement added.

Oil India had said on Monday that the NEIST team will be installing five broadband seismographs for measuring seismic activity, if any, because of the blowout. “It will take seven to 10 days to recorded the data. Locations have been identified and preliminary civil work for deployment of the instruments is in progress,” it had said.

A government statement said the chief minister met some senior scientists from IIT Guwahati and NEIST at his office on Monday and requested them to start their job on an emergency basis.

Sonowal drew the attention of the scientists to the importance of “maintaining the sanctity and balance of environment and requested them to conduct the study for the government to take “appropriate and time bound steps”. Indian Institute of Technology Guwahati will also provide its expert guidance and Oil India would provide all inputs relevant to the study, he said.

Sonowal during his visit to Baghjan along with Union petroleum minister Dharmendra Pradhan on Sunday had announced a scientific study to unearth the reasons leading to repeated tremors following the blowout and fire.

Sources said Dispur wants to be actively involved in the assessment and compensation and all studies given the outcry over the blowout. “It does not want to leave everything to Oil India,” one of them said.

A team of experts from Singapore-based Alert Disaster Control visited the site on Tuesday to assess the preparation for capping the well. A team from the army’s 3 Corps also carried out a survey for constructing a Bailey bridge over a pond near the well to help mobilise man and machines for the operation.

All India United Democratic Front (AIUDF) chief Maulana Badruddin Ajmal on Tuesday announced a relief package of Rs 10 lakh to the affected villagers, besides Rs 50,000 each to the families of the two Oil India firefighters who died in the line of duty.