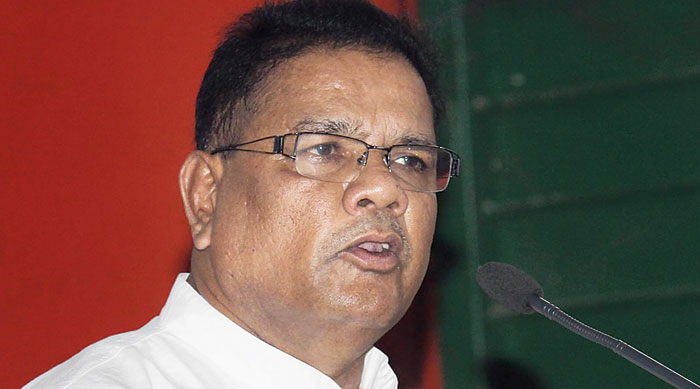 The question paper leak case has brought non-BJP parties together in Assam before the Assembly polls next year.

This was evident from a joint news conference organised here on Thursday by the Opposition Congress, Anchalik Gana Morcha, the CPI and the CPI (M-L) on the burning issues confronting the country and Assam under the BJP-led governments at the Centre and the state.

Non-BJP groups and parties in Assam are trying to cobble up a mahajot (grand alliance) to take on the ruling dispensation led by the BJP. They have publicly stated that only a united fight can dethrone the BJP.

Against this backdrop, the presence of these parties under one roof suggests the realignment of political forces before the Assembly polls.

“The SI (sub-inspector exam) paper leak has provided us with the right issue to start working together before the polls.

“This issue deals with the young and the unemployed who are clearly disillusioned with growing joblessness. We need to become their voice by flagging the SI exam racket in association with other parties for the right impact,” a Congress insider said.

“If we can unitedly and effectively raise these issues, the announcement of the grand alliance will then become a mere formality. The SI case has in a way hastened the coming together of non-BJP parties,” the insider said, after a protest here against the assault on Rahul Gandhi by Uttar Pradesh police while he was going to Hathras to meet the family members of the girl who was gang-raped and murdered.

During the media conference on Thursday, the leaders criticised the “insensitive” Sarbananda Sonowal-led government for its alleged lapses in holding the cop and other recruitment exams and the ruling BJP for suspending one of the main accused Diban Deka after senior leaders denied any link with him since his name started doing the rounds.

The recruitment exam for 597 sub-inspectors was cancelled on September 20 following the paper leak. Investigations so far have revealed mock tests were held in several places on the eve of the exam, suggesting the presence of an well-oiled recruitment racket.

The parties also highlighted the alleged failure of the government to raise the daily wage of tea garden workers to Rs 351 despite its commitment and the spiralling prices of essential commodities.

The parties also highlighted how the central government allegedly bulldozed its way to pass the three farm bills in Parliament, which they said would only benefit the corporates.

Union minister of state Kiren Rijiju in an official function here on Thursday claimed the farm laws will immensely benefit farmers of the Northeast.

The Congress has stepped up its attack over the paper leak case announcing a gherao programme of offices of superintendents of police in all 33 districts on Monday.

The police have so far arrested 29 people, including Deka, in the case with the government asserting the guilty will not be spared.

Meanwhile, the reconstituted State Level Police Recruitment Board, which conducts the examination, on Friday announced that the written test for recruitment of 597 posts of sub-inspectors of Assam police, which was cancelled on September 20, will now be held on November 22.