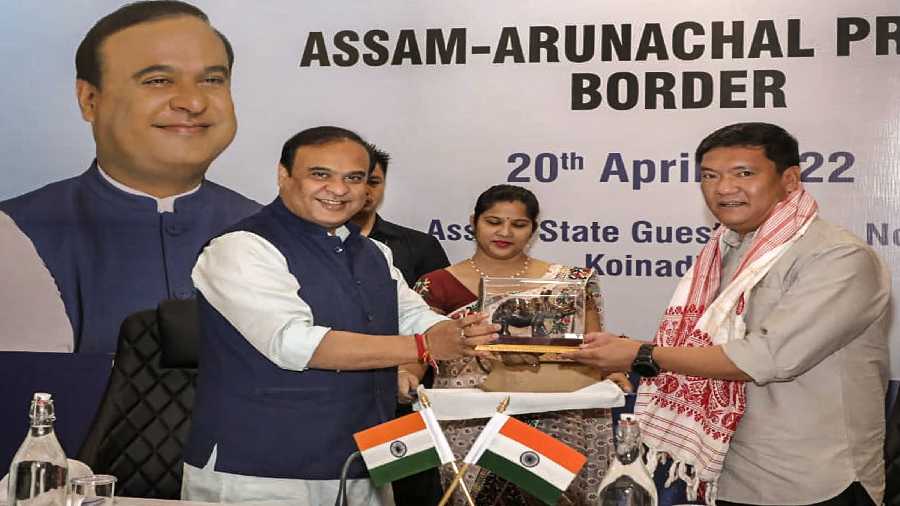 This was the second chief ministerial-level meeting between the two states over the boundary issue, Sarma said in a series of tweets.

"We decided to form district-level committees in both the states to resolve the issue in a time-bound manner," he said.

"The district committees will undertake joint surveys in the disputed areas to find tangible solutions to the long-pending issue based on historical perspective, ethnicity, contiguity, people's will and administrative convenience of both the states," he added.

The terms of reference of the committees were also finalised in the meeting, Sarma said.

Assam Border Area Development Minister Atul Bora, and chief secretaries and senior officials of both the states were present in the meeting.

Assam and Arunachal Pradesh share an 804.1-km-long border and there are 1,200 points of dispute along it.

Arunachal Pradesh was a centrally-administered region initially after Independence and became a Union Territory later, before attaining full statehood in 1987.