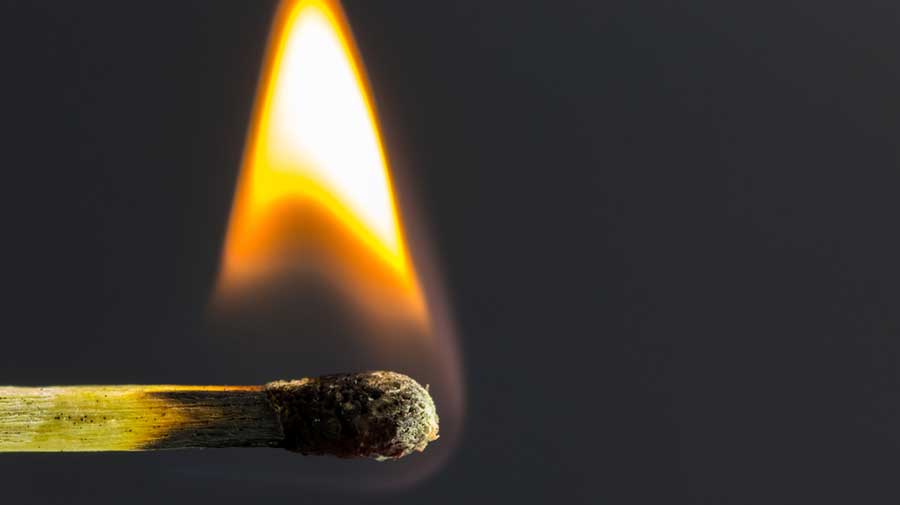 In retaliation, a group attacked a missionary school in Hailakandi district, around 10km from Kachurthal, and also burnt a car on the campus, on Tuesday night. The school is run by a Mizo.
Shutterstock
Umanand Jaiswal   |   Guwahati   |   Published 11.02.21, 12:37 AM

A row over the construction of a road at Kachurthal area in Assam’s Hailakandi district bordering Mizoram’s Kolasib district on Tuesday morning escalated into an arson by evening leaving three persons injured and 20 huts gutted, police said.

In retaliation, a group attacked a missionary school in Hailakandi district, around 10km from Kachurthal, and also burnt a car on the campus, on Tuesday night. The school is run by a Mizo.

Though no fresh violence was reported on Wednesday, the administrations of both states were on their toes after Hailakandi-based organisations blocked National Highway 154 in protest against Tuesday’s arson allegedly by “people and police of Mizoram”.

Kachurthal is around 35km from Hailakandi town. On the Mizoram side, Kachurthal is known as Zophai, falling under Kolasib district.

The Assam-Mizoram border is around 164.6km long. Three districts of Mizoram — Aizawl, Kolasib and Mamit — share their border with Cachar, Hailakandi and Karimganj districts of Assam.

The inter-state border has been witnessing flare-ups since August last year, triggered first by a row in Karimganj which then spread to Cachar.

The row was doused with the intervention of the Union home ministry after about three months, compelling an Assam government official to wonder “why a relatively peaceful border has become so volatile”.

Tuesday’s flare-up, sources said, needed to be addressed promptly because the arson follows a blast in a school in the same area last week.Katlicherra MLA Suzam Uddin Laskar told The Telegraph in Guwahati that he would raise the matter in the Assam Assembly session starting on Thursday, seeking a permanent solution to the border row.

According to him, the people of Mizoram have encroached “at least 20km land” in Hailakandi district under the “nose” of the BJP-led state government which swears by “protecting jati (community), mati (land) and bheti (hearth).”

“People of Mizoram backed by its police carried out the attack at Kachurthal, which is our land. Our administration was a mute witness. Tension had been brewing since 11am but our administration unfortunately could not stop the attack. It is my request to the government to deploy a few companies of CRPF personnel to restore normalcy,” Laskar said after meeting Assam director-general of police B.J. Mahanta on Wednesday afternoon.

Additional director-general of police Mukesh Agrawal visited the border on Wednesday to take stock of the situation. The affected people in Hailakandi district have been put up in a nearby lower primary school.

Laskar also condemned the attack on the missionary school. “We sent a delegation to the school today. We condemn such incidents. We want to live in peace and that can be ensured only by the Centre and the two state governments by resolving the border dispute,” he said.Mizoram chief minister Zoramthanga tweeted on Wednesday: “The Mizo National Front’s Legislature Party Meeting held today condemns the cowardly attack on innocent Mizos by miscreants at Gharmura, Hailakandi District, Assam. I denounce this vile act of violence against children, women and men.”

Sources in the Kolasib district administration said that a survey for providing electricity was under way in the area.

“A row over what an excavator was doing in the Mizoram area triggered a verbal duel which later turned volatile with people from both sides getting involved. In the evening, a group burnt down 19 huts and later some people attacked the Mizo missionary school which falls in Hailakandi. But the situation is under control. Both administrations are in constant touch,” a senior official said.

Laskar said the road is being constructed under the Pradhan Mantri Gram Sadak Yojana in Hailakandi.