Army set to withdraw from Guwahati

Paramilitary to patrol streets in Assam 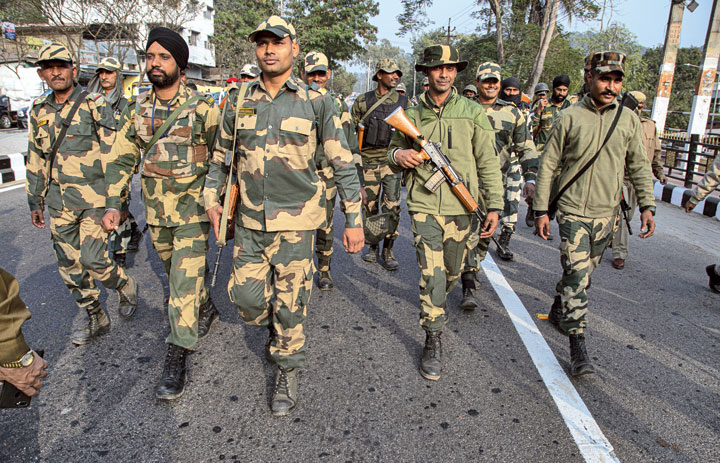 Citing that the law and order in Assam has improved compared to mid-December, the Centre has decided to call back 29 Indian Army columns back to their barracks.

A source said the army was deployed to check the ongoing violent anti-Citizenship Amendment Act (CAA) protests in the state but since the “violent protests” have subsided, the Centre has decide to withdraw soldiers from the state.

Altogether 29 columns of the army were deployed at various locations of Assam with more than five columns being deployed in Guwahati from December 11 to 17. Each column comprises 70 personnel.

The source said the army was called in because there were possibilities of riots after an attack on an AASU activist but the situation has improved and there is no need of the army in the state anymore.

Curfew was also imposed in Guwahati and other parts of Assam for five days.

However, some paramilitary forces, including the CRPF, BSF and SSB, will still be deployed in some places to ensure law and order in the state.

The decision, however, is yet to be finalised.

The source said along with this, the home department is also monitoring the security cover of some political leaders, including the MLAs of all the parties in the state. At present, an MLA has a X-category security of two armed police personnel.

Some legislators, including former chief ministers Prafulla Kumar Mahanta and Tarun Gogoi have Z-plus category security but they are guarded by CRPF personnel instead of NSG commandos.