A leader’s dream of self-rule 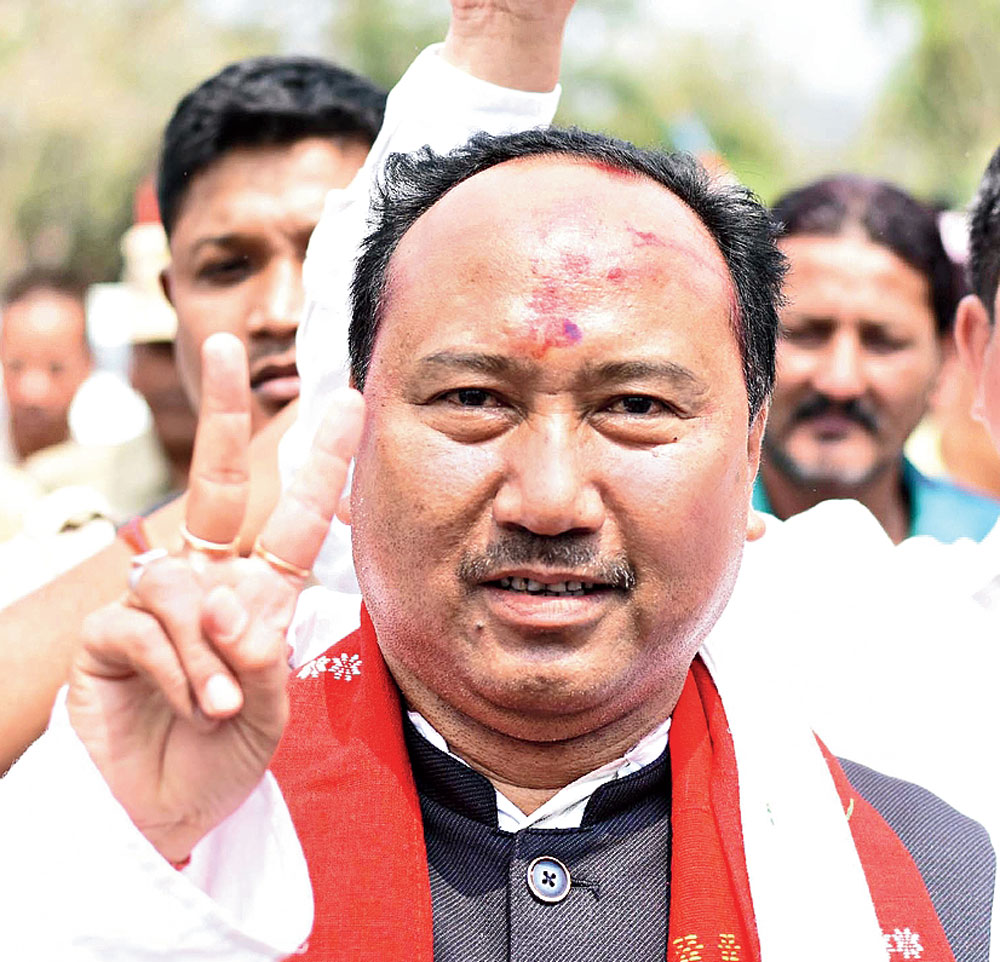 The dream of a self-ruled homeland germinated in the minds of the voters of Karbi Anglong and Dima Hasao (former NC Hills) in the eighties.

People strove for it in various ways, through armed struggle, political dialogue and finally discussion with the government.

In case of all the three, Bey played a big role.

He was the general secretary of the United People’s Democratic Solidarity. The UPDS made ceasefire pact with the Centre in 2003 and the militant outfit was dissolved in 2011.

Bey was re-elected BJP candidate and became the council executive member. He is now the BJP candidate from Diphu Lok Sabha constituency for the elections on April 18.

“A self-ruled homeland is the legitimate right of the people of Karbi Anglong and Dima Hasao. Being a BJP worker, I will definitely maintain my party guidelines. But my struggle for the deprived people of the two hill districts of Assam will continue,” Bey told The Telegraph.

The ASDC, which began the autonomous state movement in the hilly region in 1986, has fielded Holiram Terang as its candidate.

Terang is known as the most popular founder ASDC leader who has a strong base among the people of the two districts.

Diphu Lok Sabha seat is in the hands of the Congress since the beginning.

The struggle for a “homeland” brought ASDC leader Jayanta Rangpi to the fore as Diphu MP for three consecutive terms till 2004.

Engti was re-elected for three terms, 2004, 2009, 2014, after a parallel division in the ASDC because of ideological conflict.

All the five Assembly seats are in the hands of the BJP right now.

According to Tokbi, leadership of each of the political parties moves New Delhi once in five years and submits a memorandum demanding statehood.

In 2014, BJP chief Amit Shah addressed two rallies in Karbi Anglong where he assured the people of the two district that the two-decade -long issue would be resolved once the BJP came to power.

“The BJP came to power in New Delhi and Narendra Modi became the Prime Minister. But the dreams of the people of Karbi Anglong remain unfulfilled,” said Larsika Teronpi, a student of Hauraghat College.

Diphu seat has over 7 lakh voters.