The more than 1,000-page chargesheet was filed before CJM, Golaghat, Kiran Lal Baishnab 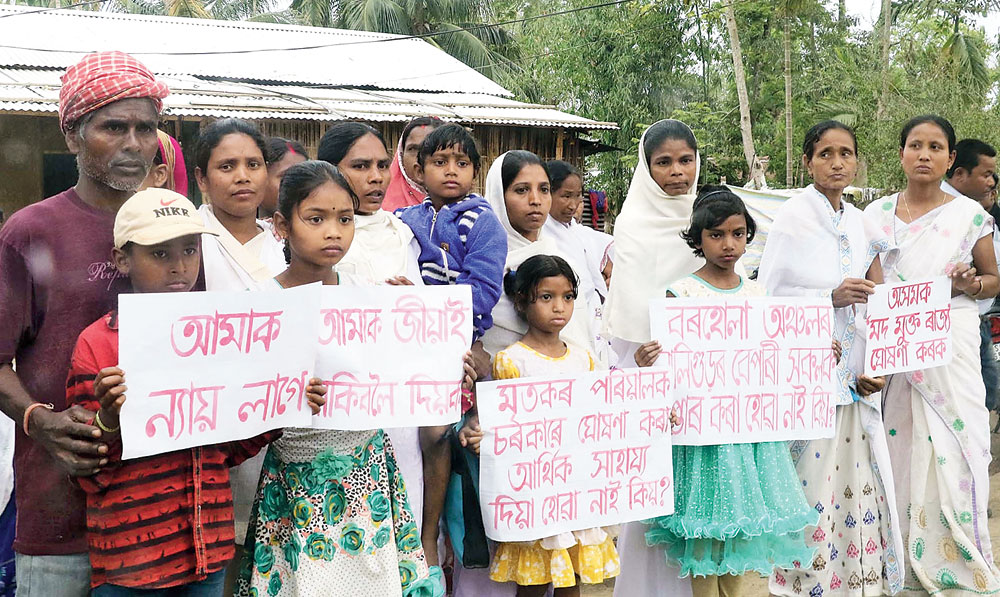 A chargesheet against 41 persons in connection with the hooch tragedy that killed more than 150 people in Assam in February was presented before the court of the chief judicial magistrate here on Thursday.

“We have chargesheeted 15 accused under Sections 120B (punishment for criminal conspiracy), 328 (causing hurt by means of poison, etc with intent to commit an offence) and 304 (punishment for culpable homicide not amounting to murder) of the IPC read with Section 55 of the Assam Excise Act and 26 accused under Section 55 of the Assam Excise Act,” said Partha Protim Saikia, deputy superintendent of police who heads the SIT.

Section 55 deals with penalty for attempting to alter any denatured spirit that may be used for human consumption.

After receiving the chargesheet, the court registered a case, PRC No. 418/19, and summoned all the accused to appear before it on June 11.

Saikia said they have appealed to the court for permission to submit supplementary chargesheet in the interest of the case as some investigations need to be carried out.

The SIT recorded statements of 65 witnesses, including those who provided leads for investigation and helped to identify culprits involved in supply and distribution of suspected spurious liquor.

The chargesheet says methanol, considered as one of the main elements in production of spurious liquor, was being transported in tankers from Radiant Manufacturers Pvt Ltd distillery situated at Khatkhati in Karbi Anglong district, to various parts of the country via Numaligarh Tiniali on National Highway 39. When these tankers reached Juria Dolong near Nambor reserve forest, one Ankur Phukan, in connivance with Nripen Thengal and others, pilfered the methanol.

Reports of the inquiry ordered by the deputy commissioner of Golaghat and the one-man inquiry commission formed by the state government are yet to be submitted.