Assam has 3,62,450 landless families in 31 of its 33 districts with Tinsukia in Upper Assam topping the list, forest minister Pramila Rani Brahma said on Monday. 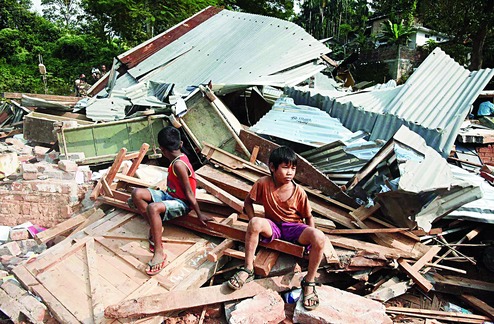 Guwahati: Assam has 3,62,450 landless families in 31 of its 33 districts with Tinsukia in Upper Assam topping the list, forest minister Pramila Rani Brahma said on Monday.

In her written reply to questions posed by Congress legislator and leader of Opposition Debabrata Saikia, Brahma did not specify why some districts have a large number of landless families but officials in the forest department attributed it to the problem of flood and erosion.

"Many have lost their homes and cropland to erosion and are living in embankments, forests and other government land. Those who settled in forest areas have also faced eviction from time to time," an official said.

The minister said in her reply that landless families, both in rural and urban areas, could submit applications seeking land under the state's Land Policy, 1989.

"Section 1.3 of Land Policy, 1989, says a rural landless household is entitled to seven bighas of land for cultivation and one bigha for home while Section 14.1 of the policy says a landless household in urban areas can get a maximum of one kotha 10 lecha in a municipal area and two kotha in other urban areas. The deputy commissioners have been given the authority to allot land under the provision," the reply said.

Replying to a question on compensation for evicted families from Amchang wildlife sanctuary in Guwahati, the minister said it would be paid in accordance with the recommendations of a committee set up by the state government.