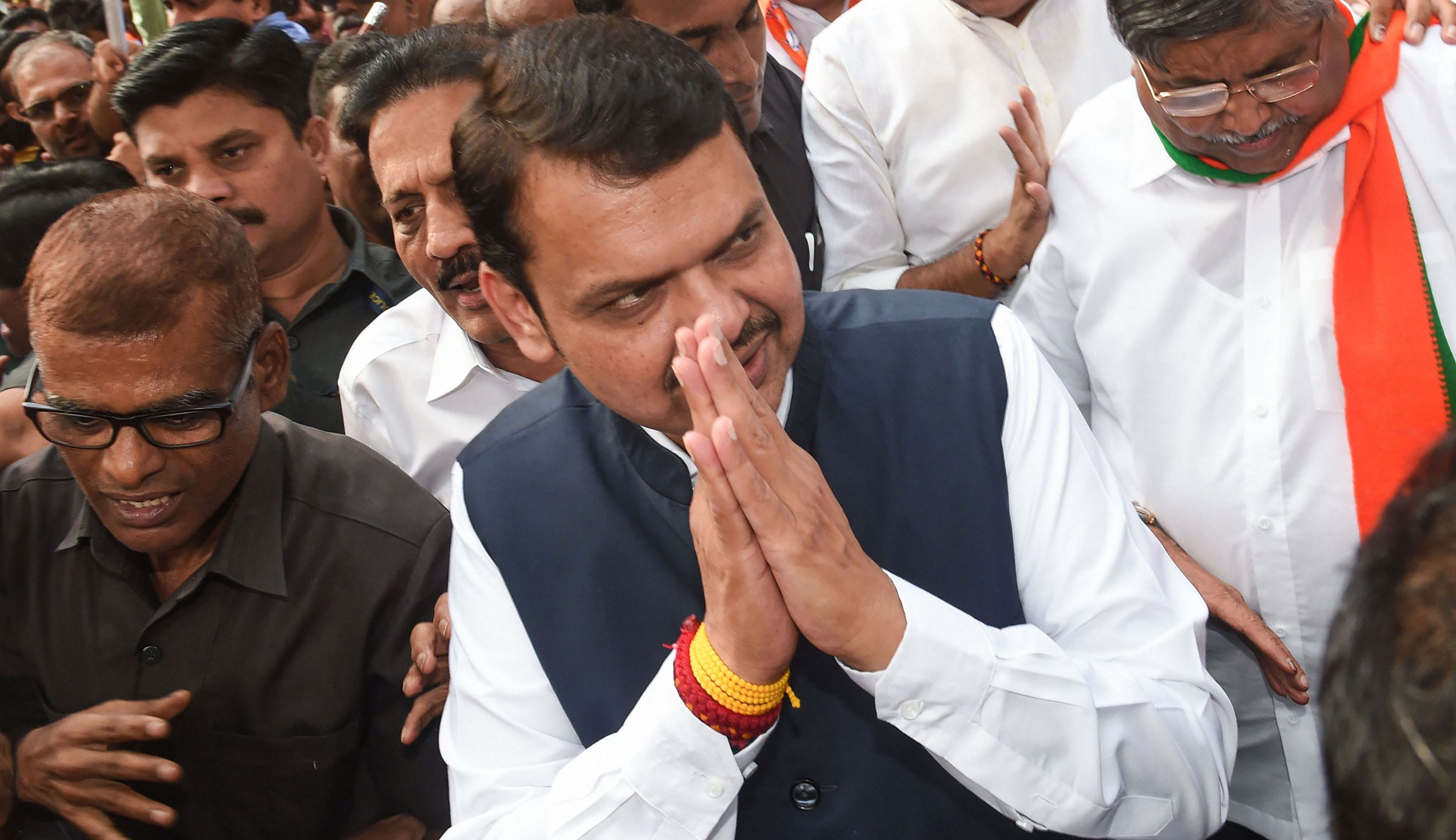 The Maharashtra Assembly witnessed pandemonium on Tuesday after the opposition BJP accused the state government of “not fulfilling” the assurances made to farmers, and demanded a blanket loan waiver for all cultivators.

Following the din, the Lower House was initially adjourned twice for 15 minutes each and later for the day.

Amid the noisy scenes, a bill was passed to reverse the previous government's decision under which people directly elected the village sarpanch (village head).

Some other bills were also introduced and papers were tabled before the House was adjourned for the day.

The issue of farm loan waiver also led to ruckus in the Legislative Council, following which it was adjourned for half-an-hour.

As soon as both the Houses assembled for the day, Leader of Opposition in the Assembly Devendra Fadnavis said he had given an adjournment notice for a discussion on farmers' issues and rising crimes against women in the state.

”Rest of the business on the day's agenda should be set aside and these issues should be taken up for discussion,” he demanded.

”If this is the speed of implementation, it would take 470 months to clear the debt of 35 lakh farmers,” he said.

Many assurances were given to farmers. The present loan waiver is for farmers (whose crop loan is up to Rs two lakh) till September 2019, the former chief minister said.

”The unseasonal rains began since October 2019. The farmers who suffered crop losses (in those rains) will not benefit,” he said.

The ruling parties, before coming to power, demanded Rs 25,000 per hectare for crop losses and current Finance Minister Ajit Pawar even assured Rs one lakh per hectare, Fadnavis said.

”Why are farmers not getting a single penny now?” the senior BJP leader asked.

He demanded that the government announce Rs 25,000 per hectare for farmers who suffered crop losses due to unseasonal rains, and a blanket loan waiver for all farmers.

Speaker Nana Patole said the farmers' issue is important and the day's business is also important.

The issue of crimes against women is listed in the Calling Attention notice in the day's business and a special discussion on women is scheduled on March 5, he said.

”The issue of crimes against women can be taken up during that time,” Patole said.

However, the BJP members then entered the well of the House and shouted slogans against the government.

Some women members of the BJP wore black aprons,which had slogans against the Uddhav Thackeray government.

Chief Minister Uddhav Thackeray was present during the Question Hour for some time.

When he left, the opposition shouted the slogan: ”Chief Minister has ran away”.

The Speaker tried to continue with the Question Hour, while the BJP members shouted slogans against Thackeray and the government, and tore papers.

The women members climbed the podium and gathered near the Speaker's seat.

Patole then asked the opposition members to go back to their seats.

”I will allow you to speak, but you should also cooperate,” he said.

State Sports Minister Sunil Kedar said he sat on a fast after the incident of a woman lecturer being burnt by a stalker in Hinganghat town of Wardha district recently, but no BJP worker or leader joined him.

”It is easy to just shout slogans,” he said.

Sensing the belligerent mood of the opposition member, the Speaker adjourned the House for 15 minutes.

Later, when the House resumed, the presiding officer adjourned it again for another 15 minutes.

After the House resumed following the second adjournment, some bills and papers were tabled.

The bill to reverse the previous government's decision of holding direct election of village sarpanchs was passed by a voice vote.

The Speaker then adjourned the House for the day and the Calling Attention notices were postponed.

The farmers' issue also led to ruckus in the Legislative Council, where the BJP members criticised the state government's farm loan waiver scheme.

Leader of Opposition in the Council Pravin Darekar demanded that the loan waiver issue be taken up on priority.

Council Chairman Ramraje Nimbalkar asked Darekar to raise the issue separately, but the BJP leader refused to budge from his stand.

Nimbalkar then adjourned the House for half-an-hour.

The state government on Monday released the first list of 15,358 beneficiaries of the farm loan waiver scheme.

The chief minister said the scheme's implementation has been done within 60 days of its announcement, and credited the state machinery for the speedy execution.

The scheme to write off debts of farmers whose crop loan outstanding is up to Rs 2 lakh upto September 30, 2019, was announced by the chief minister in December last year, after he took charge of the coalition government.