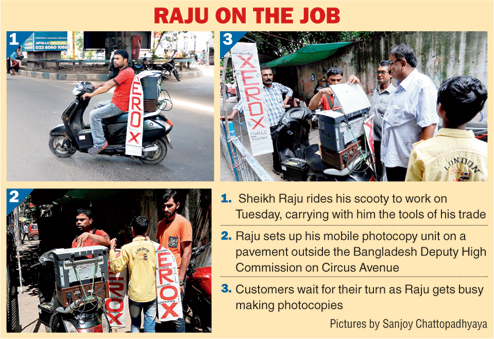 The traditional, one-size-fits-all job interview, HR practitioners say, may soon be as dead as a doornail. Like the doornail, you see interviews here and there and they may sometimes perform a useful function.

But the hammering they have got has rendered them pointless.

These are controversial statements. The recruitment system swears by the interview. Every day, thousands of people put on their best suits (or bush shirt, if you are a Leftist in Calcutta) and proceed to confront their worst fears. The fiend on the other side of the table has a gleam in his eyes. He asks you the stupidest questions. But you cannot answer any of them and a possible job flies out of the window.

But the interview has become passé. (The lunch or dinner to meet the management team has not.) First, with the amount of information available on the Net, very few questions surprise. There are sites that discuss the absurdities that are flung at you. Take a look at what Google used to ask candidates:

How much should you charge to wash all the windows in Seattle?

Why are manhole covers round?

How many golf balls can fit in a school bus?

There are laboured answers to the last question which reach a total of anything between 500,000 and 2 million.
I would rather pass the buck to the interviewer with a set of questions of my own: How many children are there in the bus? How many are boys... you know where this argument is heading.

But the point is not about (golf) balls but the fact that the straightforward answer is available to those prepared to do some homework. And if you want to be innovative and adventurous, there is time to prepare for that too. It would have been a different story if there had been an infinite stock of trick questions. But there are actually categories and you have to be adept at deciding which bucket a particular question goes into. “How many elephants can you fit into a Nano?” may not seem related to the school bus-golf ball poser, but the calculation (for the straightforward answer) is the same. You should end up with a fraction of an elephant. For those who want to be out-of-the-box, the response is: “Four — two in the front and two in the back.”

Far away from the elephants, the other challenge to the traditional interview is the online interview. That’s a contradiction in terms. Interview means a face-to-face meeting; an online interaction, even with webcams, is hardly face-to-face.

But the online “interview” has been a big success. Interview Master (IM) is a Bangalore-based startup which has already secured funding. IM is a screening tool which helps organisations screen candidates before an in-person meeting. These interviews can take several forms. First, recruiters give their questions that the candidates answer at their leisure. The video recordings can then be assessed and candidates shortlisted. Other companies provide the infrastructure for the interviews. What it amounts to in sum is that a list of a 1,000 jobseekers can resolve itself into just 10 or 20 probables. It saves time. It saves money; the company doesn’t have to pay travel costs.

Abroad there are companies like HireVue and Spark Hire in the same business. The latter lists its advantages over traditional interviews and phone interviews. Among them: screen candidates 10 times faster; reduce interview scheduling conflicts; review interviews at your convenience; and never have a bad interview again.

The traditional recruiting process takes an average of 45 days to fill a position. “It is inefficient,” says Josh Tolan, CEO of Spark Hire. “This is the best explanation for why so many recruiters are turning to platforms like Facebook and beyond to source candidates.”

The next trick question at Google may well be: How many interviews does it take to hire an Intergalactic Federation King Almighty and Commander of the Universe (This is a real job title that existed at Google.)? Answer: None. Google doesn’t believe in interviews any longer. The King Almighty is actually the manager of Google’s space initiatives.