XLers turn back the clock

Flood of memories at B-school homecoming 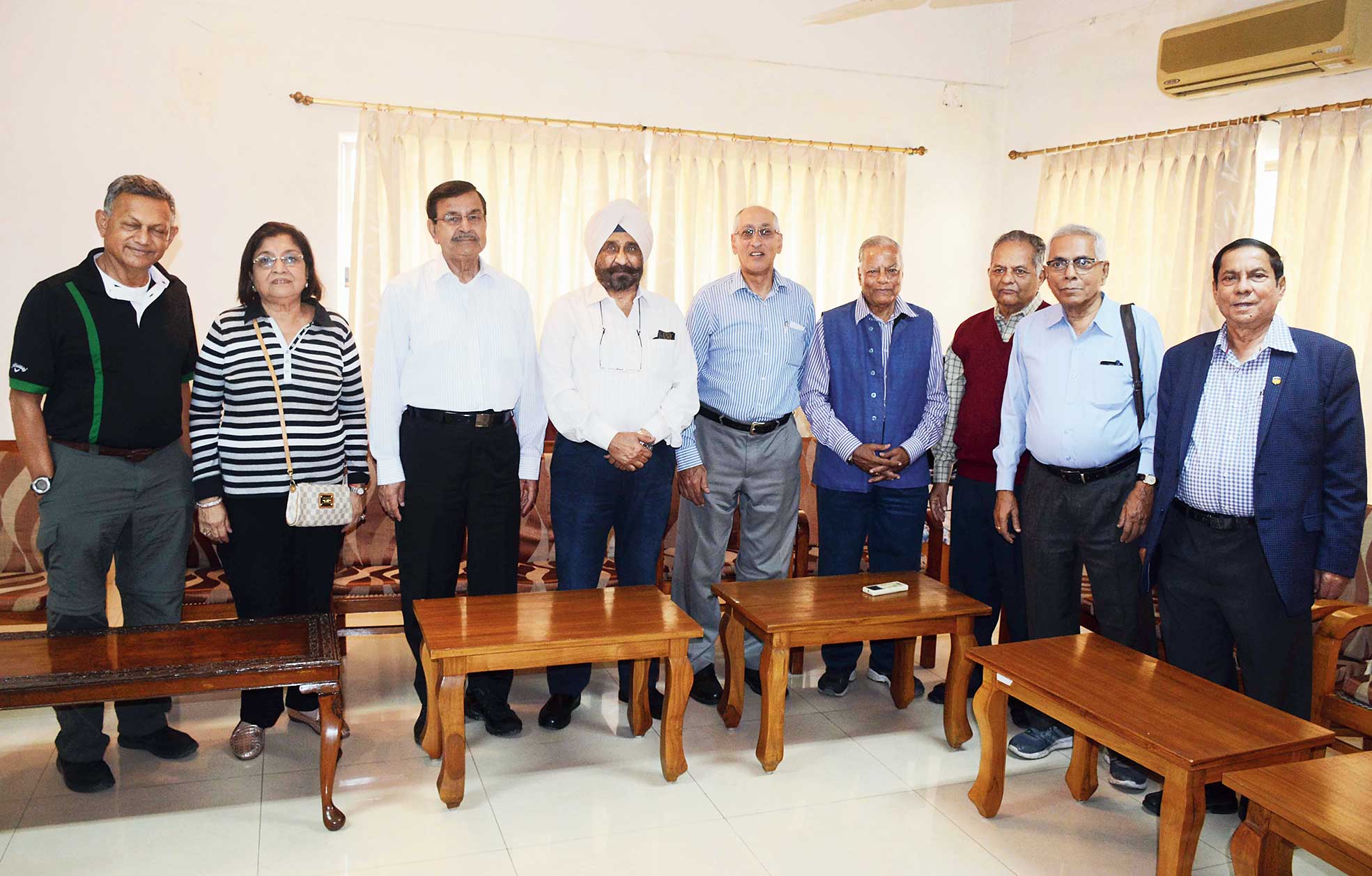 For an alumnus from the Class of 1968, seeing the old Ashoka tree on campus was one of the most cherished moments of the two-day XLRI Annual Homecoming that ended on Sunday.

Remembering college days, friends and mentors, as well as catching up with old faces and the CH Area campus and interacting with “super juniors” was what the reunion was all about for over 200 XLRI alumni, ranging from septuagenarians to people in their 30s, from all across the globe.

Bhubaneswar’s G. Upadhyay, 74, who’s now a retired PSU executive, remembered that when he joined XLRI in 1966, there were only 35 students with four girls in it. “I am from the golden jubilee Class of 1968,” he grinned.

“The topography of the campus and its surroundings, and Jamshedpur has changed. But coming back to campus is always a pleasure,” Upadhyay said.

He recalled that they had only one building in the 1960s, the administrative building of today. “That one building had everything from classrooms to auditorium and offices then. When we passed out, the construction of Father Enright Hall had just started. Now, just look at the campus,” he said. “But what makes me happy is the Ashoka tree at the corner of the main administrative building. It was there when we were young and has stood the test of time.”

Dubai-based consultant Govind Prasad Bajpai, also 74, said it was the first ever visit to the XLRI after he passed in 1970 with a diploma in industrial relations and welfare. “I admit my eyes might have been teary when I entered through the gates after 48 years,” Bajpai said. “An inexplicable emotion, tremendous joy. I miss my mentors who moulded us. I can vouch for the fact that XLRI is on a par with front-ranking foreign universities.”

Bajpai’s batch mates Feroz Wadia, 69, a hotelier from the UK, Gurinderjit Singh, 72, a corporate honcho from Moscow and Bhuvnesh Kharbanda, 70, an entrepreneur from Noida, loved the homecoming though “connectivity to Jamshedpur is still not that smooth”, went the refrain. Their batch mate Jamshedpur hotelier and social worker Ronald D’Costa, who stays in the neighbourhood, smiled as the campus “is my regular haunt”.

“We are spellbound to see the amazing infrastructure. What is beautiful is that the campus is so ecologically balanced. And, how juniors respect us. You don’t get it anywhere else,” said Kharbanda.