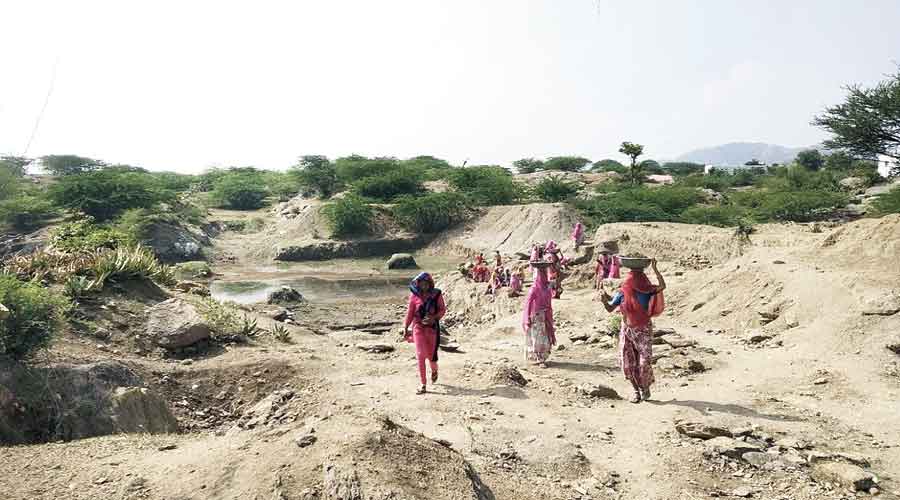 A survey conducted by a Delhi-based independent research group in April and May has found that the central government took at least 26 days instead of the stipulated 15 days to complete wage transfer to workers under the Mahatma Gandhi National Rural Employment Guarantee Act in Jharkhand leading to a livelihood crisis for over 10 lakh beneficiaries.

The survey conducted by Liberation Technology, a centre of the Collaborative Research and Dissemination (CORD), New Delhi, between April 1 and May 23 analysed 143,578 transactions in 26 blocks (10 per cent of the 260 blocks of Jharkhand) on the national job scheme portal (nrega.nic.in).

“We found that the time taken only to complete stage two of payments is 26 days on an average. If the time taken for completion of stage one is added, it will be more. This itself is a violation of the (MGNREG) Act as payments must be made within 15 days. In fact, 54.3 per cent (of 3,14,710) transactions were not completed as of May 23,” said Sakina Dhorajiwala, a researcher with Liberation Technology.

According to Section 3 of the Mahatma Gandhi National Rural Employment Guarantee Act, the workers have to be paid within 15 days of the end of a particular phase of work. 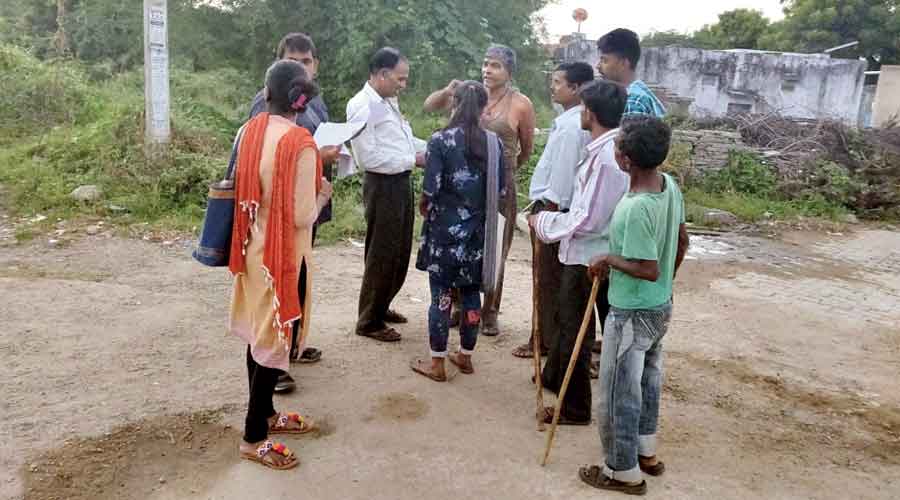 The payment process under the scheme broadly consists of two stages. After the work is completed, a fund transfer order (FTO) is generated by the state government in stage one and digitally sent to the Centre. The Centre then processes these orders and transfers wages directly to the accounts of the workers in stage two.

Until recently, payment of wages to workers under the scheme was not done based on their caste category. A single fund transfer order consists of multiple transactions for workers from any/all categories. On March 2 this year, the central government issued instructions to change the payment system so that the fund orders can be generated separately for Scheduled Caste and Scheduled Tribe workers.

“At a time when rural India is ravaged by the second wave of the pandemic, the focus and emphasis of the central government must be to expedite the payment of wages. Not only should the payments be made on time, but experimenting without a justified rationale appears hard to comprehend. As our study demonstrates, not only has the experiment not yielded the desired results, but also that even in the beginning of the financial year when the programme should be flushed with funds, completion of stage two is taking three times more than it should. The delays also stand in contravention of the Supreme Court order of May 18, 2018, in the Swaraj Abhiyan vs Union of India case concerning drought. The Centre must calculate the delays and pay compensation to the workers for the full extent of delays (in both stages of the payment process),” said Sakina.

“We have written umpteen times to the Centre to clear the wages but it seems they are not heeding our request. The payment for the equipment used by NREGA workers, which was to have been paid by the Centre, is also delayed. Just imagine if the projects are not completed before monsoon, then all the hard work would be washed away in the rain. People are also losing interest in NREGA work due to this delay,” the minister claimed.