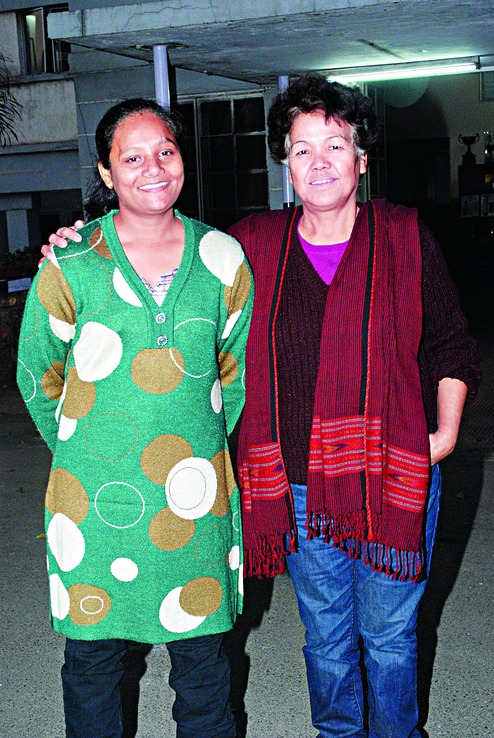 Bollywood actress Kangana Ranaut has been roped in to play the role of the climber in a biopic slated to release on January 26 next year. Amitabh Bachchan is likely to essay the role of her elder brother-cum-mentor Omprakash.

The 29-year-old former volleyball player, who lost one of her legs in a 2011 train accident, feels the biopic will motivate people, especially women, to never give up on life.

"I am glad that Kangana Ranaut has agreed to play the lead role in the biopic. The title of the biopic will be announced shortly and is expected to release on January 26 next year," said Arunima over the phone from Lucknow.

According to Arunima, the biopic is likely to be directed by Shimit Amin of Chak De! India fame under the banner of Star Media Communications. "The biopic will mainly be shot in Jamshedpur, Lucknow, Uttarkashi and Everest base camp. Things are in place and shooting will start shortly after receiving a nod from producer Vivek Rangachari," she added.

A resident of Lucknow, Arunima shares a personal connection with the steel city. "Jamshedpur is very close to my heart. It's a place where I drew inspiration from legendary climber Bachendri Pal in December 2011. After I expressed my eagerness to climb the Everest, madam Pal called me to Jamshedpur to discuss the expedition. I stayed at the sports hostel in JRD Tata Sports Complex with my brother Omprakash," she said.

Bachendri Pal, the first Indian woman to conquer Mount Everest, trained Arunima in Uttarkashi before the expedition. She also pumped up her spirited when she visited Jamshedpur to meet her. Arunima annexed the Everest on May 21, 2013 and the expedition was sponsored by Tata Steel.

Arunima's brother Omprakash said it would be a dream come true to see Amitabh Bachchan essay his character in the biopic. "The biopic will go a long way in inspiring people. I can't wait to see the project take off," he said.

Arunima, who missed the expedition to Antartica in December last year due to a gall bladder surgery, runs Arunima Foundation and a hostel for the physically challenged in Lucknow.

She is currently looking forward to set up a sports university in her hometown. "We have so far administered free Hepatitis B vaccinations to 300 children at the health camp," Omprakash signed off.