The solar fence has been defunct for nearly two years now 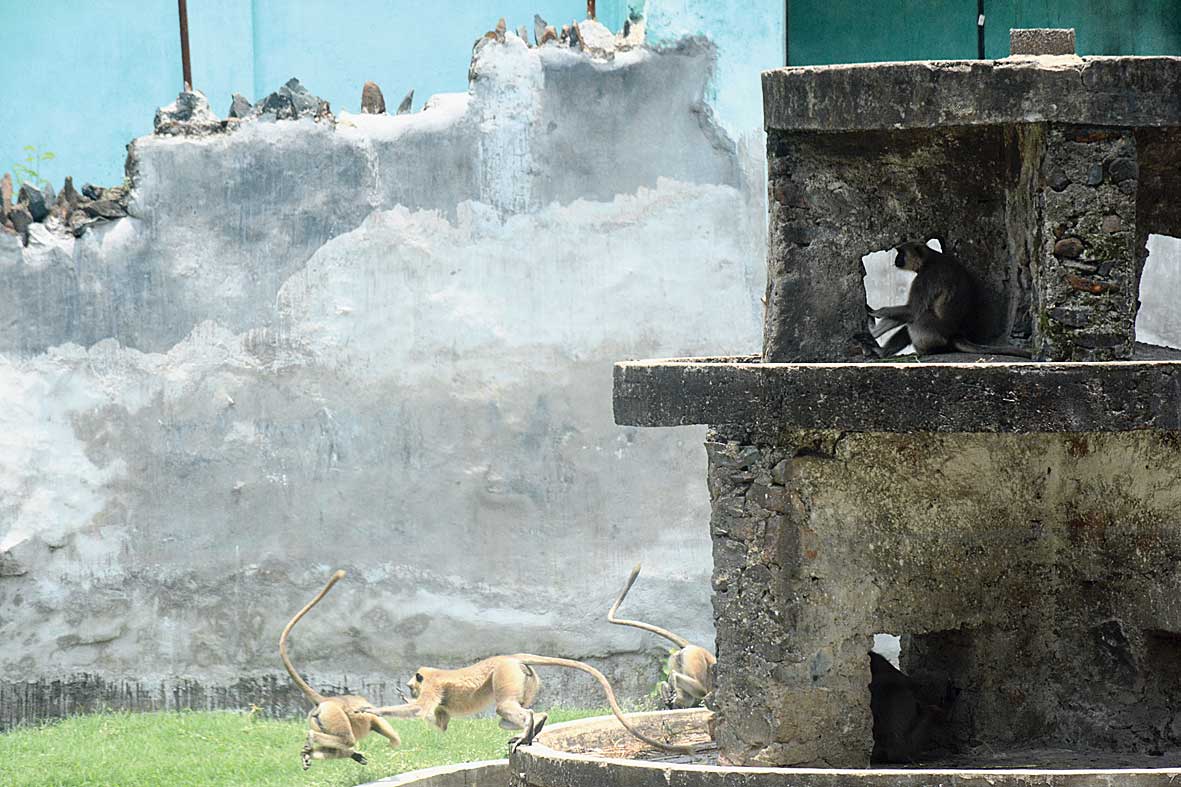 The solar-powered electric fence, which gives the dozen-odd simians a mild shock when they try to venture out of their 3,100 sq m enclosure, will be activated soon, zoo sources said.

The solar fence has been defunct for nearly two years now.

Sources said the delay in activating the solar fencing was due to an incomplete cafeteria selling tea, coffee and snacks. However, the cafeteria is in place now and authorities are keen to complete activating the fencing.

The mote inside the enclosure remains dry most of the time, allowing the simians to have free access to the fencing. Plans are afoot to fill the mote with water.But that would not fully serve the purpose as its gets dry due to evaporation during summer. So, an activated solar fencing is the only remedy to rein in the langurs. The solar fencing matches Central Zoo Authority standards.

Tata zoo director Bipul Chakravarty said the solar fencing would be activated once the RCC wall was mended. “The repair of the wall will be complete in the first week of March. We would activate the solar fencing without wasting more time since the langurs will be out in the open,” he added.

Gray langurs or Hanuman langurs, the most widespread langurs of the Indian subcontinent, constitute the entirety of the genus Semnopithecus.