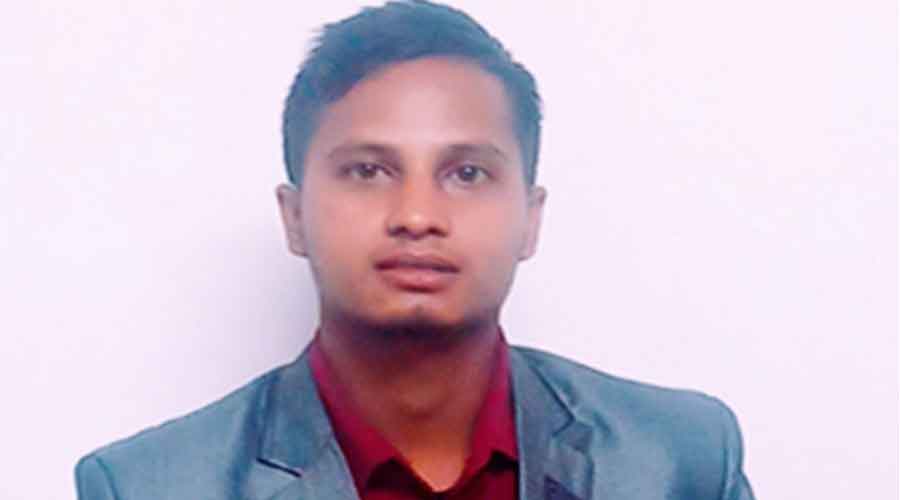 Amit Modak, a karate practitioner and resident of Gamharia in Seraikela-Kharsawan district, has been nominated as the joint secretary of Jharkhand Delphic Council.

The 23-year-old was nominated to the post during a recent online meeting of the South Asian Delphic Council.

"There is no dearth of talented artists in Jharkhand and I would try my best to help them get international recognition," Modak, who also excels in taekwondo, said.

Modak is the world record holder for the fastest punches in a second. He achieved the feat (10 punches in one second) in January, 2019. The High Range Book of World Records, a Hyderabad-based organisation established to explore talented, creative, outstanding, innovative or philanthropic people and honour them by certificates, recognised the skills of the youngster.

Modak heads the Youngistan Warriors of Martial Art, an NGO formed last year. He trains school students under his NGO’s banner for free. The NGO also works in Seraikela-Kharsawan Ranchi, Simdega and Hazaribagh. The training has been discontinued due to the pandemic but will resume once the situation improves.

He has won medals in national and international competitions.

IDC is a voluntary, not-for-profit, non-political, non-religious global organization that works to foster harmony amongst people through engagements in the various arts forms and the cultural identities that manifest them, through the Delphic Games.

International Institutions like UNESCO, Council of Europe, ASEAN among others have endorsed the various editions of the Delphic Games in the past.