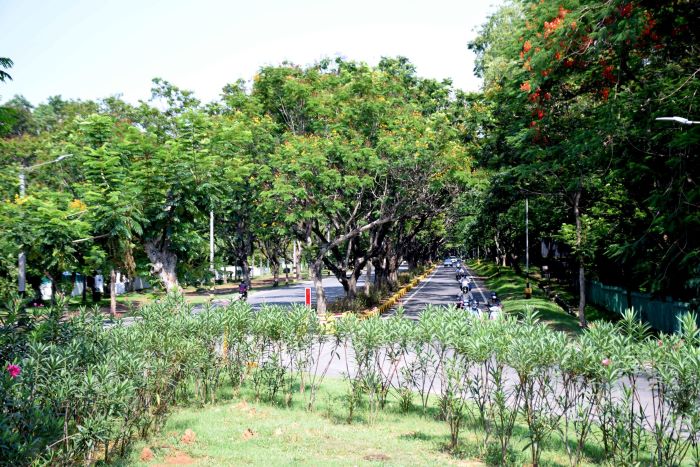 There has been an appreciable improvement in air quality in the three commercial hubs of Jamshedpur and the adjoining industrial belt of Adityapur, a recent survey has revealed, indicating how fewer vehicles on roads during the last two months of lockdown have drastically reduced pollution levels.

Conducted by Jharkhand State Pollution Control Board (JSPCB) in mid-May, data from the survey revealed that pollutants like sulphur dioxide and nitrogen dioxide were much below prescribed limits in Bistupur, Sakchi, Golmuri in Jamshedpur and in the Adityapur industrial area in adjoining Seraikela-Kharsawan district.

Respirable suspended particulate matter (RSPM) was also found to be below normal limits in all these places. At Bistupur roundabout, opposite the landmark Regal Building, RSPM was found to be 72.04 µg/m3, which is 28 µg/m3 less than the permissible limit of 100 µg/m3).

RSPM in Adityapur, an industry hub, was a bit higher at 80.23 µg/m3 but around 20 µg/m3 less than the permissible limit.

Mid-March, before the lockdown, RSPM was around 160 µg/m3 in Adityapur. In steel city business centres like Bistupur, Sakchi and Golmuri, RSPM levels were away above permissible limits, ranging between 140 µg/m3 and 150 µg/m3 prior to the lockdown.

The JSPCB survey team used respirable dust samplers to measure pollution levels in all these places.

The other two elements, sulphur dioxide and nitrogen dioxide, on which the ambient air quality is judged, were also found to be way below prescribed limits.

JSPCB regional officer Suresh Paswan said the mid-May survey was carried out to determine pollutants in the air. 'Apart from the three places in the steel city and Adutyapur industrial, area a similar survey was also carried out at Barajamda in adjoining West Singhbhum, a mining hub. All the parameters were much below prescribed limits at that mining hub too,' he said.

A member of the survey team said the nationwide lockdown had enforced restrictions and self-quarantine measures, which reduced emissions from vehicles as well as industries.

'The latest air quality index (AQI) indicates over 50 per cent reduction in pollution in the steel city due to declining levels of various air pollutants, ' he said.

He said fewer heavy vehicles, all diesel run, had contributed to cleaning up the air. 'Emissions from diesel contribute more to air pollution. Oxides of nitrogen and un-burnt hydrocarbons released by vehicles increases pollution,' he explained.

The bad news is that auto-rickshaws resumed operations from Tuesday as per Unlock 1 guidelines and JSPCB officials apprehend that this would again contribute to rising air pollution in days to come.