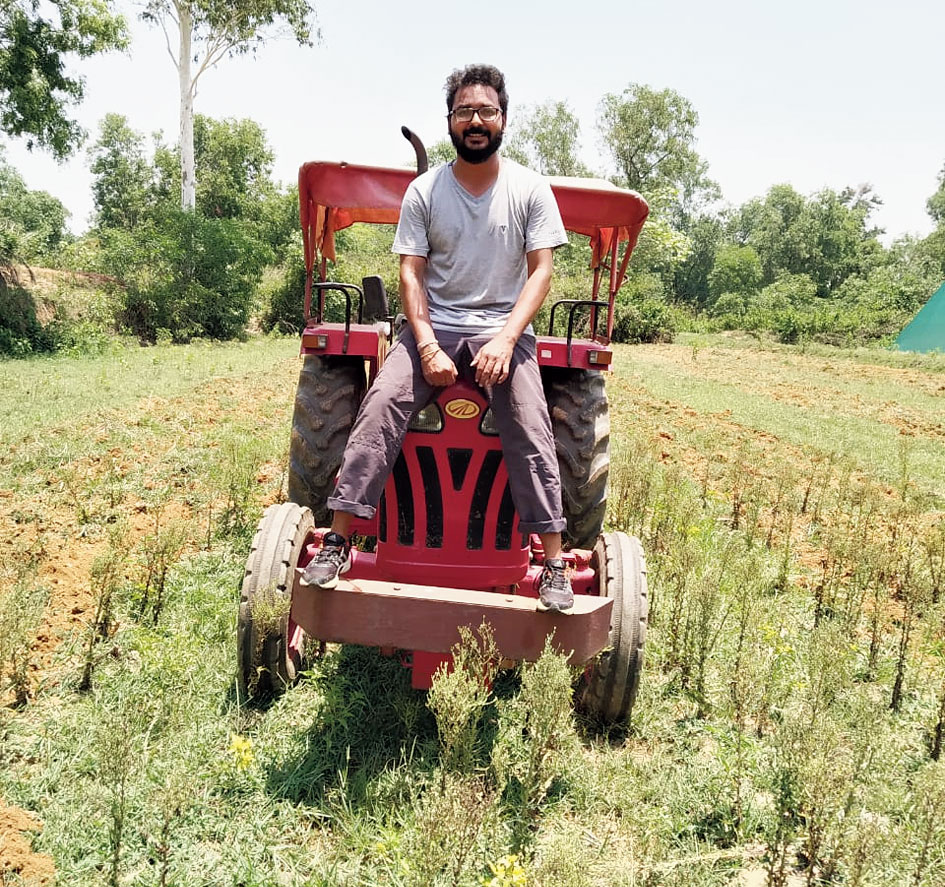 When Rakesh Mahanty, 30, joined Tata Consultancy Services in Calcutta after completing his Btech in mechanical engineering from Bangalore Institute of Technology in 2012, he didn’t think he would end up becoming a full-time farmer five years later.

The resident of Jamshedpur is now the founder of social enterprise Brook N Bees that not only helps local farmers produce organic vegetables, but also educates urban communities on sustainable farming practices under the Farm Pathshala project.

An alumnus of Kerala Samajam Model School, Mahanty founded Brook N Bees — which he describes as an enterprise that blends the social fabric of the farmer tribe with modern agricultural technology — after completing a six-month certificate course in entrepreneurship development at XLRI in 2017.

He grows traditional as well as exotic vegetables in his 40-acre farm in Patamda that employs around 40 farmers across three indigenous groups — Munda, Santhal and Sabar.

His farm has adopted techniques such as drip irrigation, protected cultivation and vermicomposting.

Mahanty has successfully grown red rice, black rice and vegetables such as lettuce and tomatoes.

Brook N Bees is certified by the United States of Department of Agriculture-National Organic Program (USDA-NOP) and National Programme for Organic Production (NPOP), Government of India. In 2018-19, Brook N Bees earned a revenue of Rs 8 lakh.

“I was always interested in rural development. After completing four years in TCS, I thought to come back and do something in that direction,” said Mahanty, who aims to connect farmers to the retail market without the involvement of middlemen.

Mahanty said though organic produce cost around 1.5 times higher than normal vegetables, they were beneficial for health.

Around two months ago, a group of 15 XLRI students underwent a session on agro-ecology and its elements, traditional and modern farming and farm activities at under the project.

“I feel people need to know where their food comes from and what labour goes into getting that food onto the platter,” Mahanty said.