Jamshedpur gets another biodiversity park

The park is located in Kadma and is spread over nearly 13 acres with 5,650 trees already planted in addition to 300 existing trees and an existing plant grove of 1,200 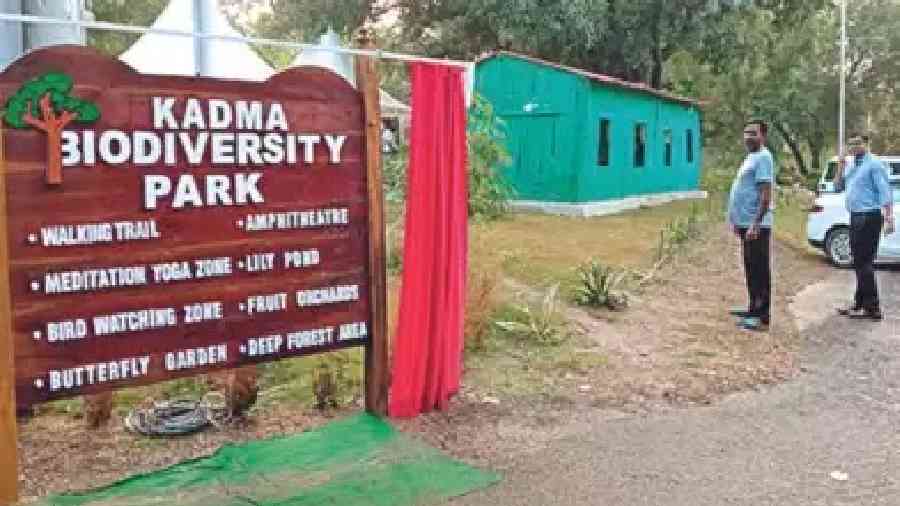 Jharkhand got its second biodiversity park in the industrial city of Jamshedpur on Monday.

The state already has a biodiversity park at Lalkhatanga near Ring Road in Ranchi, spread over nearly 542 acres of land with proper distribution of parks, gardens, medicine conservation, animal preservation area and others.

The biodiversity park at Kadma in Jamshedpur developed by Tata Steel is spread over nearly 13 acres with 5,650 trees already planted in addition to 300 existing trees and an existing plant grove of 1,200. The park has been developed with 4,650 types of shrubs and a 1,600 square meter grass area has been developed.

“We hope that this would add more greenery to the city of Jamshedpur. The park has been developed in less than 15 months and we have a programme to open such parks in different parts of the city,” said Tata Steel vice-president (corporate services) Chanakya Chaudhary.

Some of the biodiversity projects of the steel major include the Jubilee Park and Zoological Park in Jamshedpur, JN Tata Park in West Bokaro, Dalma View Point, Jamshedpur and CRM Bara Ponds, Jamshedpur, among others.

“Jharkhand is one of the biodiversity-rich states of India because of its origin, diverse physiographic and climatic conditions. It is well known due to its tribal populations, mineral resources, and its vast forest resources. Forest resources are considered a commodity of high value across the state as most of the locals are dependent for their daily subsistence needs mainly for food and fuel wood. Jharkhand is home to tropical moist deciduous and tropical dry deciduous forests and the dominant plant species,” said a source in Tata Steel.