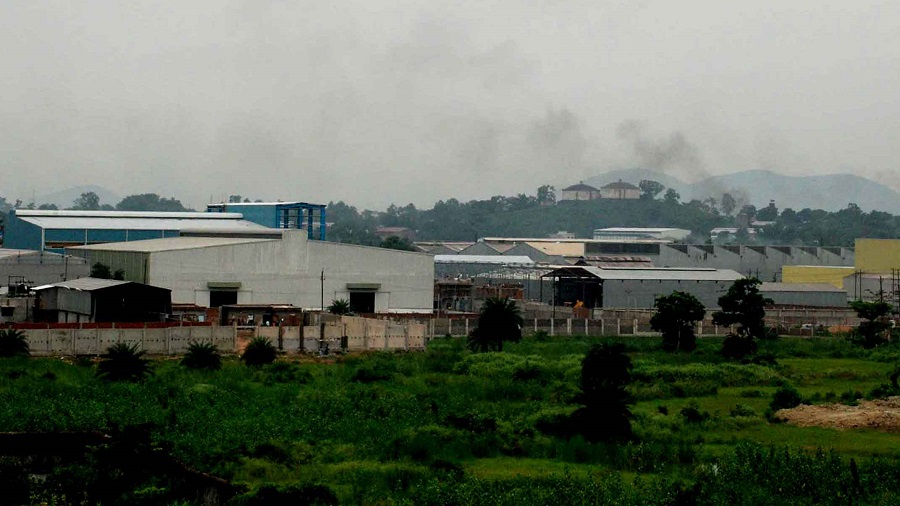 Years of exposure to industrial pollution has weakened the lungs of East Singhbhum residents and made them more susceptible to severe symptoms of Covid-19 virus and fatalities caused by lung dysfunction, health experts said on Thursday to explain the high Covid-19 mortality figures in the district.

As per government data, East Singhbhum alone accounts for nearly 50 per cent of the 370-odd Covid deaths reported in Jharkhand so far. On an average, the district has reported nearly half the number of  Covid deaths occurring  every day in Jharkhand since July-end, health officials said.

The latest figures released by the health department on Thursday morning stated that at least 159 of Jharkhand’s 367 Covid casualties were reported from East Singhbhum.

“When a person is exposed to industrial pollution for a long period of time, his lungs become weak. In the present situation, we should ideally consider them (residents living close to industrial areas) as susceptible to Covid death as a person with a comorbid condition would be,” said the state coordinator of Indian Medical Association (IMA), Dr. Ajay Kumar Singh.

The SARS-COV-2 virus attacks the respiratory system of an infected person, and chances of fatality are higher if the patient’s lungs are already “compromised”, said Singh. “The mucus membranes in the lungs of a person, who has been exposed to pollution over a period of time, will not function as effectively as that of a healthy person. Patients with weak lungs are likely to suffer from more complications and severe symptoms of the viral infection,” Singh added.

Jamshedpur, in East Singhbhum, is  home to Tata Steel and Tata Motors. A few kilometers away from the steel city is the Adityapur Industrial Area, in neighboring Seraikela-Kharsawan, also among the most polluted districts of Jharkhand.

An independent survey in 2013 found inflated levels of Sulphur Dioxide, Carbon Dioxide, Carbon Monoxide, Nitrogen Oxide and Particulate Matter in the air in Jamshedpur – the largest city in East Singhbhum.

“Several surveys and studies have pointed out the high level of industrial pollution in Jamshedpur. The lungs of many people staying in these polluted areas could be as weak as that of chain smokers,” said Nitish Priyadarshi, a Ranchi-based environmentalist and researcher.

Priyadarshi said that people living close to the urban industrial areas of Jamshedpur have inhaled air laced with dust particles and pollutants since several decades. “The dust particles cause respiratory disorders in several residents of these areas. Industrial pollution is also the reason for extreme humidity and heat in Jamshedpur during summers,” he said.

As per figures with the health department, as many as 5,654 people have been infected by Novel Coronavirus in East Singhbhum so far and 2,284 of them were yet to recover from the infection.

Ranchi has reported more Covid-19 cases than East Singhbhum, but the count of fatalities here was a third of that in East SInghbhum. Out of 6,411 Covid cases reported here till date, 56 patients have died and 3,552 have recovered.