Seminar outlines why the document-driven citizenship push is needless, & the tragedy of Kashmir 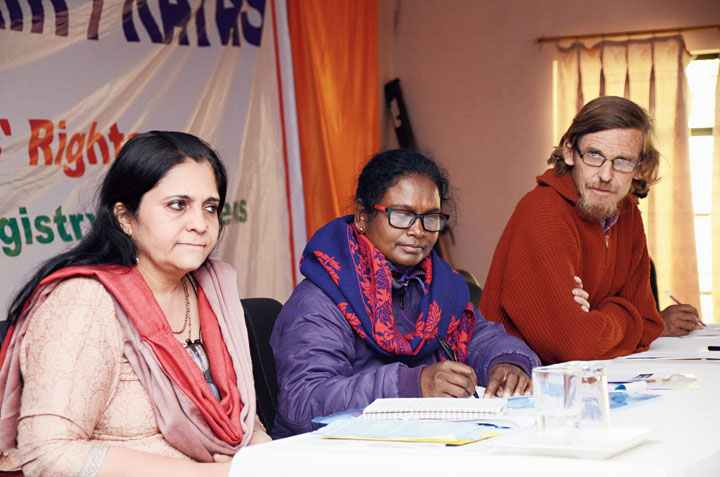 Ranchi: The points above were raised at a seminar here on Monday that prominent activists such as Teesta Setalvad and economist Jean Drèze addressed.

“The CAA was passed hurriedly without any discussion in the Parliament and without sending it to a parliamentary committee,” Setalvad pointed out, adding that it had attacked the nuances of parliamentary democracy.

“We should not look at CAA in isolation but together with NPR and NRC simultaneously,” she said, adding that all three are interrelated.

“This is an expression of politics of hatred, as Gandhiji had assured the Muslims after Independence in 1947 that they needn’t leave India,” Setalvad said.

She said that the NPR and NRC were not required as there were existing laws to deal with illegal immigrants.

“The exercise, if taken, will cost the country huge expenditure,” she said

To buttress her point, she narrated what had happened in Assam, where the NRC exercise was undertaken.

“The government in Assam had to spend Rs 1,220 crore and engage 52,000 employees for carrying out the exercise in the state,” she said, adding that the results were dismal as 19 lakh people, including genuine citizens, were left out of the list.

Sashikant Senthil at the same event

Referring to the people’s resistance as seen in a myriad demonstrations erupting across the country at present, she said that it was a good sign that people were using the streets and public spaces to vent their anguish.

Sasikanth Senthil, a 2009-batch Karnataka cadre IAS officer who quit last year stating it was “unethical’’ to continue as a civil servant “when the fundamental building blocks of India’s diverse democracy are being compromised in an unprecedented manner’’, also said that the CAA was not in sync with the Constitution.

He said that the new citizenship matrix of the CAA-NPR-NRC would enable low-ranking government functionaries to determine who is a “doubtful” citizen.

Appreciating “Hum kaagaz nahi dikhayenge (we will not show papers),” one of the clarion calls of the citizens’ protests that have erupted, Senthil urged people to say no to the CAA-NPR-NRC.

Jean Drèze said the NRC would be like an examination, the first step of which would be the NPR exercise. He clarified how the NPR was different from data collection for the census.

“The main purpose of decennial census is to collect data for statistical purpose, and not for identifying individuals,” he pointed out.

Under the NPR, he said, people would have to give their Aadhaar number and that would strengthen the State’s capability for surveillance.

At the end of the session, those present took a resolution urging the government to repeal the CAA and to not implement the NRC and the NPR.

They also resolved to urge the Jharkhand government to pass a resolution against the CAA and for non-implementation of the NPR and the NRC.

They also urged people not to give any information during the NPR-NRC process to prove citizenship, and demanded that the central government immediately remove all restrictions on constitutional rights of people.