Gathbandhan swept away in Jharkhand

Except for Singhbhum and Rajmahal, the Opposition alliance was routed 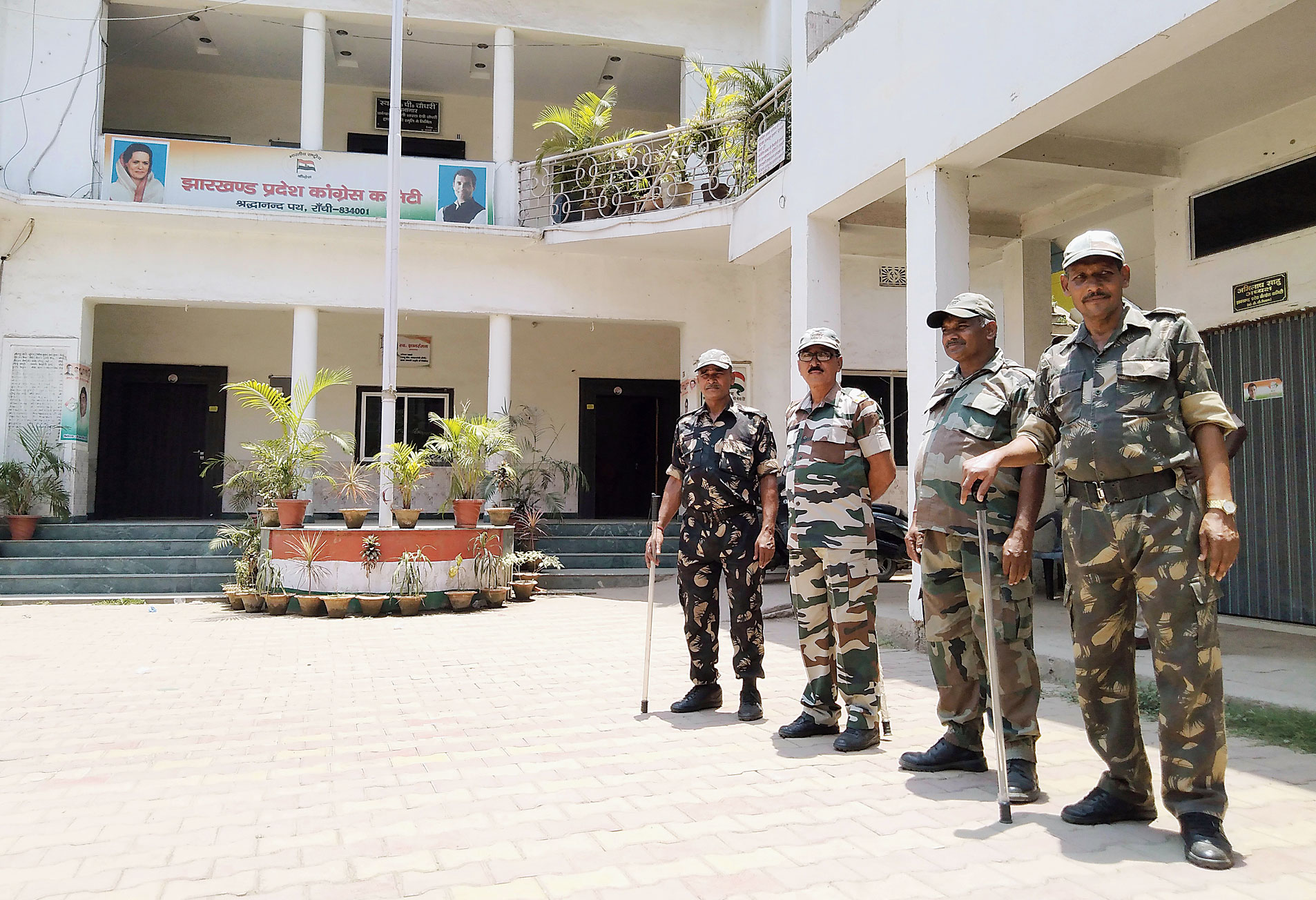 The BJP-led NDA alliance held its own in Jharkhand, reducing the much-touted mahagathbandhan to an also ran in all but two of the 14 Lok Sabha constituencies of the state.

Except for Singhbhum and Rajmahal, the Opposition alliance was routed. In Singhbhum, the Congress’s Geeta Koda defeated state BJP president Laxman Gilua, and in Rajmahal, JMM sitting MP Vijay Hansda got the better of BJP’s Hemlal Murmu.

The alliance of Congress, JMM, JVM and RJD was hoping to bag as many as eight seats by fighting together and ensuring transfer of core and cadre votes across constituencies. But it did not work in the face of the proverbial “Modi magic”.

In Singhbhum, Geeta and her husband Madhu Koda’s vote bank of around 1.5 lakh votes provided the foundation on which the cadre vote of the Congress and the JMM were added, enabling a victory. At Rajmahal, a traditional JMM stronghold, Muslim voters were a key factor that went in its favour.

But the results of Dumka, another JMM stronghold, left the party leadership rattled with patriarch Shibu Soren losing to the BJP’s Sunil Soren.

The BJP carefully planned campaign against Soren worked. It questioned his abilities on account of his age and cited his poor health while claiming that despite representing Dumka eight times, Guruji did nothing for the constituency and Santhal Pargana.

In Godda, the BJP had worked on a strategy to counter the Muslim-Yadav combination of the mahagathbandhan while simultaneously emphasising on the development initiatives of party candidate Nishikant Dubey. The JVM candidate, Pradeep Yadav, who was at the forefront of agitations against land acquisition for a proposed power plant promoted by the Adani Group, was painted as one who was opposed to the “real development” of Godda.

the JMM in Ranchi wear a deserted look on Thursday.
Picture by Prashant Mitra

In the 2014 elections, BJP had won 12 seats with the JMM winning the remaining two seats of Dumka and Rajmahal.

But this time, so strong was the Modi wave, that even the BJP’s siting MP from Chatra, arguably the party’s most unpopular face, won by a huge margin in a triangular contest with Manoj Yadav of the Congress and Subhash Yadav of the RJD.

Tremors were felt in Koderma too with JVM president Babulal Marandi suffering one of his worst electoral defeats to the BJP’s Annapurna Devi, who won by over four lakh votes.

The JVM, known for maintaining decorum in public interactions, congratulated Annapurna and Prime Minister Narendra Modi for the BJP’s victory on twitter.

In Chatra and Koderma, the mahagathbandhan remained a divided house. The RJD fielded Subhash Yadav by going against the agreed seat sharing formula according to which the Congress would field a candidate.

The gathbandhan’s debacle has left the Opposition shell-shocked.

“We had not expected such a massive defeat of the mahagathbandhan. There was a division of votes on caste lines. In both constituencies, there were two Yadav candidates and the Yadav vote was disintegrated. The fight between two Yadavs in Chatra made the game easy for the BJP candidate,” said state RJD president Gautam Sagar Rana.

Similar was the situation in Koderma with two Yadav candidates, Annapurna Devi and Rajkumar Yadav of the CPI(ML). It looks like that Yadavs voted for Annapurna. “The secular votes were divided in these constituencies,” he said, adding that a strong Modi wave favoured the BJP across the country.

But Rana’s analysis of the division of secular votes in Chatra and Koderma does not reflect ground realities as Singh and Annapurna tallied votes more than their nearest rivals.

Right from Day One, Koderma and Chatra remained a bone of contention among the parties of the mahagathbandhan.

Subhash Yadav was annoyed with Marandi since he campaigned in Chatra for the Congress. He even vowed to take revenge on Marandi publicly and campaigned extensively in Koderma against the KVM chief.

“Marandi did not commit a crime by campaigning in Chatra. Subhash misled Yadav voters and the RJD leadership remained silent. RJD has a strong base in Koderma which is why we requested Tejashwi Yadav to campaign in Koderma. But he ignored our request,” Yogendra said.

The JVM spokesman said that people voted for a prime minister instead of local representatives.

“It looked like an election in America and people ignored quality and demerits of candidates. Marandi is a former chief minister who is more popular than Annapurna. Yet the people refused to elect a seasoned politician like him. But then we accept the mandate,” he said.

State Congress general secretary Alok Dubey admitted that Singhbhum and Rajmahal were the only constituencies they were winning.

“The result is unexpected in a state like Jharkhand which remained in the headlines for lynching of minorities, hunger deaths, atrocities on tribals and the forceful grabbing of tribal land by the state government. We failed to convince people and they got mesmerised by the surgical strike and militant nationalism,” he said.

In Lohardaga and Khunti, the BJP’s margin of victory would be thin, he added by way of consolation.

BJP Rajya Sabha MP Mahesh Poddar explained that the BJP and Modi remained the first preference of first-time voters who saw the Prime Minister as a hero who could usher in development.

“Opposition parties were branding us anti-tribal just because we tried to amend CNT and SPT acts for their benefit. We withdrew the moves the moment we felt tribals were not in a mood for a change. Tribals ultimately understood that the BJP is their only and real well-wisher,” he said.

Poddar claimed that even progressive Muslims and Christians voted for the BJP. “No caste and community combinations worked in this election. We launched a number of welfare projects for the poor and farmers _ from Ayushman Bharat, Ujjwala Yojana and PM Kisan Samman Nidhi. Therefore, the poor blessed Modi,” he explained.