Unchecked practices like throwing lit bidis have contributed to the blaze 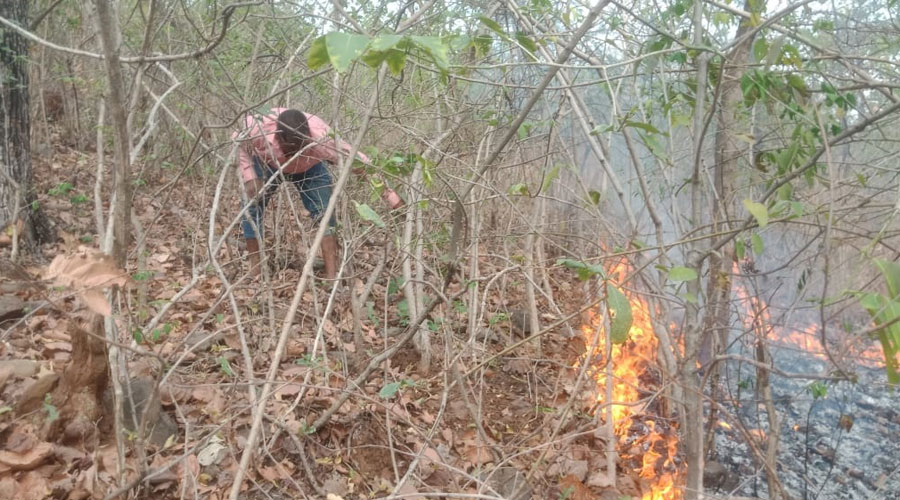 Fires are raging in some parts of the scenic Dalma wildlife sanctuary,  but foresters are working tirelessly to prevent the flames from spreading across the elephant abode.

The authorities have formed two teams to douse the flames. While 24 fire watchers are deputed in the eastern range of the sanctuary, 21 are on duty in the western range.

R.P. Singh, Assistant Conservator of Forest, said fire was under control but they were against taking any risk and were doing their best to prevent it from spreading.

The fire was reported to have caught inside Bota (the largest jungle inside the sanctuary) on Monday night.

"Fire has also caught in the jungles near Nutandih, Koira, Bota, Konkadasa and Pardih (along the NH 33). However, it is under control now," Singh informed.

"We have deputed 24 fire watchers in the eastern range. Fire watchers are village youths who have been recruited for the job. They would be on duty till May. Depending on rains, their duty would be extended till mid-July," he added.

"Large scale plantations have contributed to the fire. Villagers throw bidis inside the jungles and the embers cause fire. Moreover, it has also been observed that people who visit the sanctuary also throw cigarettes which may lead to fire. It is the dry season and takes seconds for fire to catch. We are very alert," Singh said.

Dalma authorities have repeatedly tried to spread awareness among villagers about the dangers of throwing lit bidis inside the forests.

An awareness campaign was carried out during the World Wildlife Day on March 3.

"Twenty one fire watchers are on job. We don't want fire to spread in this dry season," he added.

A fire was first spotted in the sanctuary, 30 km from Jamshedpur last month near Dimna lake.