Villagers back out, want forest department to set up amenities first 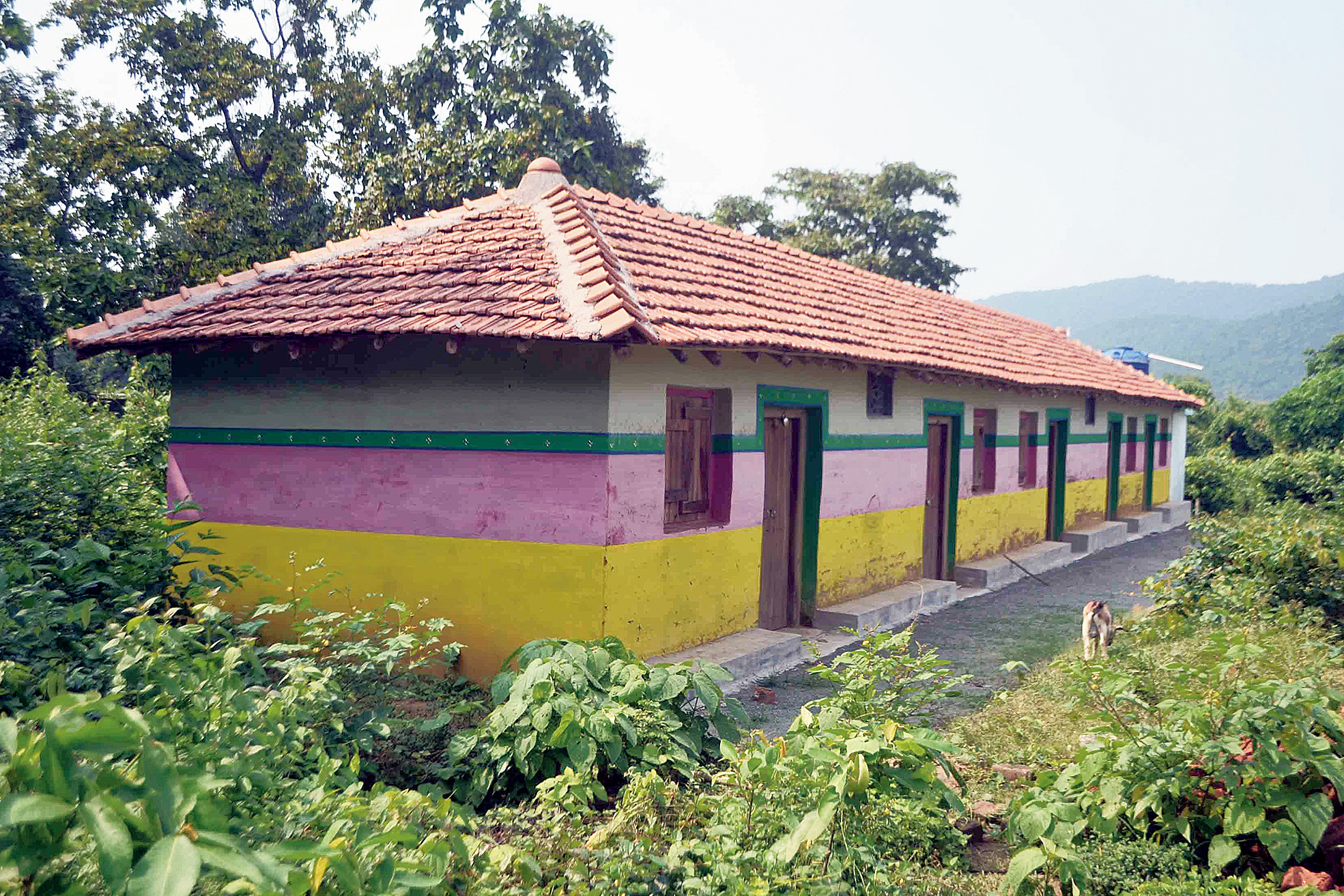 A five-room mud cottage, built at Makulakocha village at Dalma wildlife sanctuary to woo tourists with rustic charm, is lying locked with forest officials indicating that a dispute over creation of amenities may have stalled the project.

Sources said the owner of the plot, where the forest department built the five-room cottage with attached baths after spending Rs 7 lakhs earlier this year, was backing out of the plan decided upon.

Dalma range officer R.P. Singh said a tariff structure was to be fixed by a committee of villagers set up by the land owner, Pashupati Mahto. “But now, he (land-owner) is asking that facilities like beds, mattresses and ceiling fans be provided by us. It is not in tune with what had been agreed upon earlier,” he added.

Singh said the Makulakocha facility within the Dalma sanctuary, some 35km from Jamshedpur, was built with the aim of involving local villagers and help them add to their livelihood. “During talks with the landowner it was agreed that we would set up the mud cottage while the village committee would provide ceiling fans, beds and mattresses as well as home-cooked food for guests. Now, the land-owner is also demanding electricity and water supply from our side,” he added.

On Tuesday, the cottage remained deserted.

Ramesh Singh Sardar, who is a member of the village committee set up by the landlord, said it was not possible for them to run the cottage on their own.

“Where is the money to buy ceiling fans, beds and mattresses? I don’t think we will be able to arrange funds on our own,” he said, but did not answer when asked why they had agreed to run the facility in the first place.

Sambhu Singh Sardar, who said he owned part of the 5-cottah plot along with Mahto, maintained that the forest department should provide the facilities. “I don’t have the money to install these items. Moreover, I don’t have any experience in running such a facility,” he said.

Local resident Biram Hembrom said the facility would prove to be a non-starter as nothing had moved. “The rooms are locked. Initially, the village committee showed interest. But now, it seems to have washed its hands of the project,” he added.

The Makulakocha cottage was built under an eco-tourism project as per which tourism facilities are created in relatively undisturbed areas to ensure little impact on the surroundings. It is also meant to involve the local community and spread the word about conservation.

Range officer Singh said they would wait for some time in the hope that the village committee came around and set up the amenities as was agreed up-on earlier. “Otherwise, we will do something on our own. But it will not be in tune with the objective behind the project. After all, it was aimed at helping villagers earn,” he added.