‘Police should be told what shops are allowed to open’ 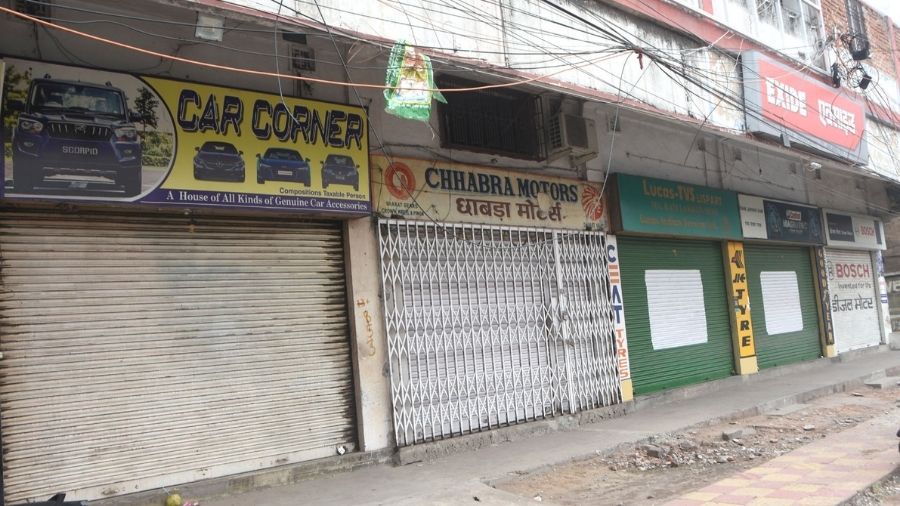 Dhanbad traders have asked the district administration to clarify policemen about the list of shops that are allowed to open due to lockdown, as several cops are closing down outlets dealing in electrical items, plumbing materials, paints, hardware, etc.

The traders, led by Sindri Chamber of Commerce president Dipak Kumar Dipu, have objected to the closure of these shops, which have been permitted to operate as per government notification.

Talking to The Telegraph Online on Tuesday, Dipu said that cops on ground duty tasked with enforcing lockdown, often get confused and do not count the above-mentioned shops as construction material outlets, as they feel this includes only civil construction.

“The confusion among some policemen about the list permitted sometimes lead them to forcefully close down shops dealing in permitted materials like paint, plumbing and electrical items. We have faced such incidents in Sindri recently, after which we took up the issue to sub-divisional police officer Ajeet Kumar Sinha,” said Dipu.

He added that the issue was then resolved as the officer provided necessary instruction to his subordinates.

“We also appeal to the administration to notify the on-ground cops about the list of shops that are permitted to open to avoid confusion and unnecessary harassment,” the official further said.

He also questioned the logic of not allowing the opening of the motor part shops while, as per the orders, the motor repairing shops are permitted to open.

“How will a mechanic repair a two-wheeler or four-wheeler if he can’t procure the essential parts,” he asked.

Secretary of Dhanbad Motor Dealers Association, Prem Prakash Gangesaria, said, “Motor parts shops are open in various parts of the state like Ranchi, Jamshedpur and Chas but we can’t understand the reason why they are not being allowed to function in Dhanbad.”

Manish Ranjan, treasurer of Federation of Dhanbad Zila Chamber of Commerce and Industry also agreed to this, saying mechanics will not be able to repair vehicles if they cannot procure their parts.