One question: If god appears, what boon will you seek? 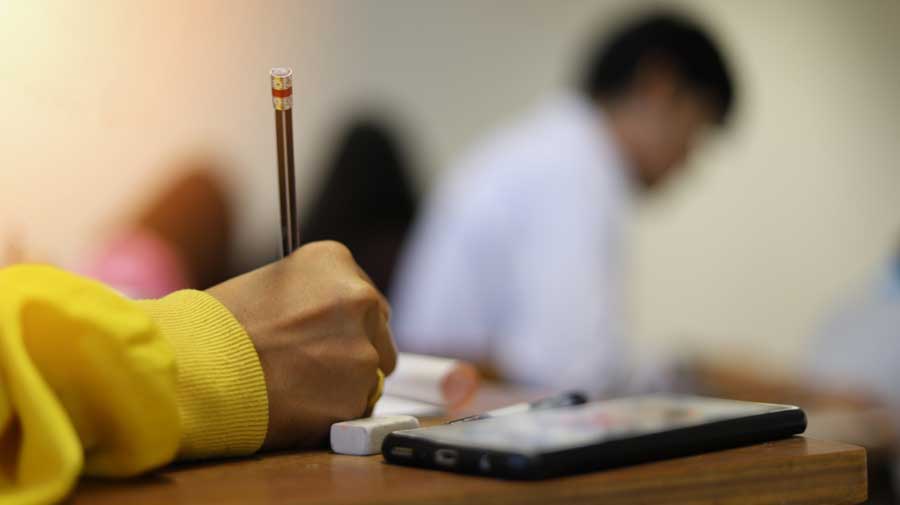 The 16 shortlisted candidates had been invited to the Raj Bhavan on Monday for an "interaction" with the governor - the ex officio chancellor of state government-funded universities - before the final selection, three candidates told The Telegraph.
Shutterstock
Basant Kumar Mohanty   |   New Delhi   |   Published 26.11.20, 02:14 AM

Senior professors shortlisted by search panels for the posts of vice-chancellors of six state universities in Odisha were made to take a written test at the Raj Bhavan, a move many of the candidates and other academics described as humiliating.

Some of the candidates said one question was: “If God appears before you and asks for a boon, what will you like to ask for?”

The 16 shortlisted candidates had been invited to the Raj Bhavan on Monday for an “interaction” with the governor — the ex officio chancellor— before the final selection, three candidates told The Telegraph.

But governor Ganeshi Lal, whose wife Sushila Devi had passed away on Sunday night, did not meet them. His secretary, Pramod Kumar Meherda, told the senior academics they would have to take a written test.

“His (the governor’s) secretary came and gave us a piece of paper each with four questions. They asked us to write the answers in 45 minutes. Three officials were in the room while we wrote the answers. Then they asked us to go,” one of those shortlisted said, requesting anonymity.

A second candidate said: “It was a joke. The written test was in bad taste. The officials were keeping an eye on us as though we would talk or something. If the chancellor was occupied elsewhere, the interaction could have happened another day.”

The results were declared in the evening.

“If the VC is respected by the chancellor, he would treat his colleagues in the university with respect and the teachers would behave well with the students and vice versa. This helps healthy functioning of the institutions,” Sarangi said.

He did not object to written tests per se but said they must be accompanied with a briefing from the chancellor, and not an official.

Educationists could remember only one instance of a written test for would-be VCs. Two years ago, one such test was held to select a VC for Berhampur University, but the chancellor had interacted with the candidates.

“If the chancellor wants a written test in the final round, it’s fine. But we expect the chancellor to treat the shortlisted candidates as colleagues. All of them have proven their academic credentials,” Sarangi said.

“It’s expected that the chancellor should brief them on why he has chosen to hold a written test and request them to participate. But a briefing by his secretariat is, I think, not proper treatment.”

The candidates said the four questions, reproduced verbatim here, were:

3. You have work experience. The style of working? The spirit of working?

4. If God appears before you and asks for a boon, what will you like to ask for?

A retired professor from an Odisha university, seeking anonymity, said the questions were woolly and irrelevant.

“If these types of questions are asked, I’m afraid they may not help select a credible academic leader,” he said.

He said the question on a boon from God ran counter to the scientific temper.

An email to Meherda seeking reactions to the academics’ concerns brought no response.

The process of appointing state university vice-chancellors had recently been embroiled in another controversy when the government amended the Odisha Universities Act in September through an ordinance, changing the composition of the search panels.