Advertisement
Home / India / Will not form government in Maharashtra: BJP

Will not form government in Maharashtra: BJP 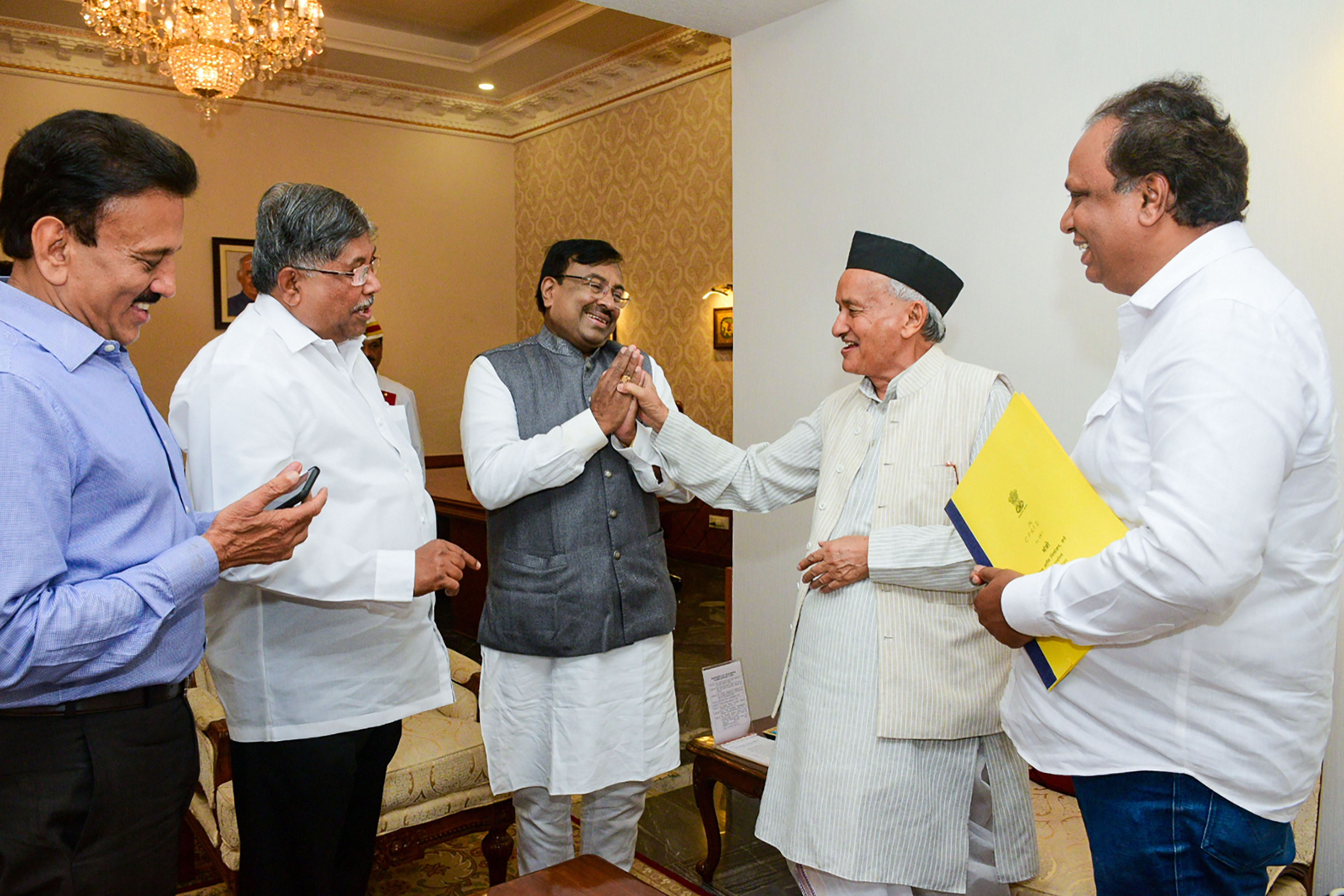 The BJP on Sunday announced that it would not form the government in Maharashtra in view of its ally Shiv Sena's stand to not join them in the efforts.

Announcing the BJP's decision, Maharashtra BJP president Chandrakant Patil accused the Uddhav Thackeray-led party, which is adamant on its demand for a rotational chief ministership, of 'disrespecting' the popular mandate secured by the BJP and the Sena in the recent Assembly polls.

'The mandate of the people of Maharashtra was for the BJP-Shiv Sena alliance. Sena has, however, disrespected the mandate. Hence we have decided to not stake claim to form the government. We have informed our decision to governor Bhagat Singh Koshyari,' Patil told reporters outside Raj Bhavan.

He wished 'good luck' to the Sena if it wanted to form the government with the help of Opposition Congress and NCP.

The BJP and the Sena had together won 161 seats in the 288-member House, way above the halfway mark of 145.