Why the Election Commission has not moved against Narendra Modi

The Election Commission had issued a general advisory, saying political parties/candidates should desist from indulging in any propaganda involving defence forces 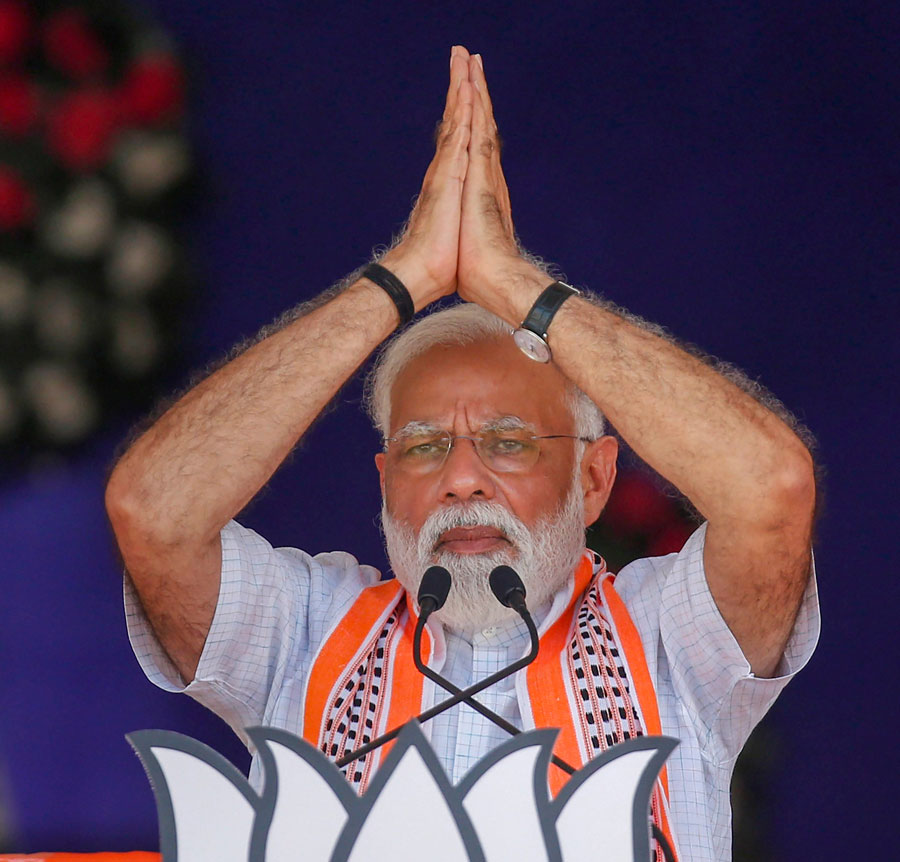 If God moves in a mysterious way and works His sovereign will, the Election Commission of India does so in even more mysterious ways.

On March 19, the Election Commission had issued a general advisory, saying “political parties/candidates are advised that their campaigners/candidates should desist, as part of their campaigning, from indulging in any political propaganda involving activities of the Defence forces”.

The advisory was issued “in continuation” of another on March 9 that had urged parties to desist from using pictures of the armed forces as part of their political campaign.

The advisory of March 19 makes it clear that the commission has not confined its appeal to the use of pictures but broad-based it to include efforts at riding piggyback on the military to seek votes.

But the Election Commission is taking an interminable time to decide whether the Prime Minister has crossed the line or not in spite of a spate of complaints. Several decorated military veterans have also written to the President expressing concern about efforts to politicise the armed forces.

The reason stated by the Election Commission for the time consumed: the speeches are being transcribed in their entirety. The transcription of one speech apparently took 14 days to reach the commission from Maharashtra.

Another curious feature: no pending complaint against the Prime Minister appears on the poll panel’s CVigil portal, although several have been lodged.

Deputy election commissioner Sandeep Saxena said on Tuesday: “Complaints are put online only once a case is made out and that there is prima facie violation. If it is not online, it does not mean that no action is being taken on it.”

In the interregnum, Prime Minister Modi has been progressively stepping up the pitch about the armed forces. Three phases of polling have also been completed during this stretch, covering more than half the constituencies in the country.

Consider the timeline and the utterances by the Prime Minister that have grown more emboldened with each passing day as the commission remained preoccupied with the process of looking into complaints.

This need not strictly violate the advisory as political parties cannot be expected to keep silent on hot-button issues like surgical operations. Neither has the commission said no one can mention surgical strikes.

April 1, Modi in Wardha: This is why they (Congress leaders) don’t have the courage to contest from a constituency where the majority lives. This is the punishment of ‘Hindu terrorists’ and that’s why they are now compelled to take shelter in a place where the majority is in a minority.

The statement, made against the backdrop of Rahul Gandhi’s decision to contest from Wayanad, has not only drawn charges of being communal but also incorrect.

The rhetorical questions were seen as little but an ill-concealed attempt at seeking votes in the name of soldiers who took part in operations and those who were killed in Pulwama.

April 20, Modi in Patan: A senior American official said on the second day that Modi has kept ready 12 missiles and might attack and the situation will deteriorate. Pakistan announced to return the pilot on the second day, else it was going to be a qatal ki raat. (Translation from Gujarati by PTI, the news agency.)

All this while, the Prime Minister has been ably assisted by Uttar Pradesh chief minister Yogi Adityanath, who called the armed forces “Modiji ki sena”.

While Adityanath had been gagged for 72 hours and the Congress’s Navjot Sidhu was also meted out the same treatment for appealing to Muslims not to divide their votes, the Election Commission has not yet taken a decision on the speeches of Modi in spite of several complaints.

CPM politburo member Nilotpal Basu, who met officials of the Election Commission on Monday, told The Telegraph: “I told them it casts a question on their integrity. They take some token action on others but have not touched the PM in this election so far. They were embarrassed but did not say when they will act.”

On Tuesday, in response to a question on the delay, deputy election commissioner Chandra Bhushan Kumar told reporters: “On 1st (April) we received a one-page report from the (Latur) district. Then we said ‘please give us the authorised transcript of that particular thing’ and it came to the commission on April 14 and the matter is under consideration….”

Deputy election commissioner Kumar added: “As the commission has decided in all cases that all the matters have to be submitted in entirety, all the transcripts are being called for all such cases wherever the matters are referred to the commission.”

He said: “The district election machinery is also conducting elections…. In Maharashtra, our team is generally well versed in Marathi and English. So, the translation is in Hindi. They have to do that bit of exercise related to translation, all those things. Naturally, this takes time.”

The Election Commission indeed moves in mysterious ways and works its sovereign will.