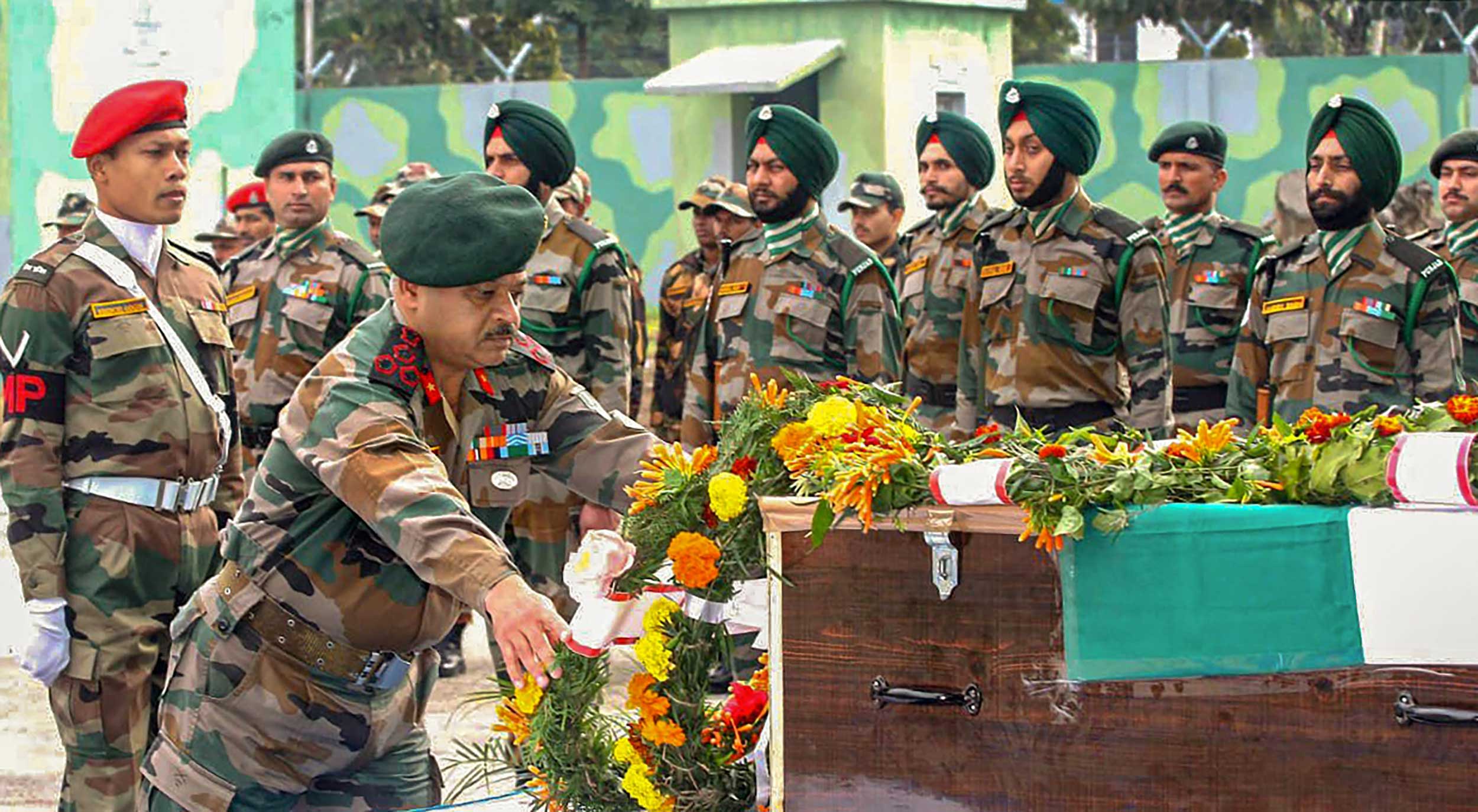 S.S. Bist had been distributing invitation cards on Saturday for his son’s wedding. A day later, he was preparing for his son’s last rites.

The body of Major Chitresh Singh Bist, 34, was brought to Dehradun from Kashmir on Sunday and kept in the military hospital. The young officer died in an explosion on Saturday while defusing a mine apparently planted by intruders on the border in Jammu’s Rajouri district.

Chitresh was to get married on March 7, after returning home for the preparations on February 28.

His father, a retired police inspector, had gone to his ancestral village of Pipali in Uttarakhand’s Almora district to invite relatives and friends when a colleague of Chitresh called up the major’s mother, Rekha, and said her son was unwell. Rekha informed her husband, and he rushed back home to Nehru Colony in Dehradun.

“I called back the same number and came to know that my son was no more,” Bist told reporters in Dehradun, crying inconsolably.

“He had successfully defused 25 bombs during his training and many more while in service. I don’t know what happened that this incident took place,” Bist said, adding that Chitresh had resumed duty on February 2 after a few days’ leave.

“Army officers told me that he had neutralised 22 bombs in the past. On Saturday, he had defused three mines and was trying to neutralise the fourth when it went off,” the father said.

“He had called me up on Friday to wish me on my birthday. Chitresh had told me that he would be going somewhere on Saturday. I had advised him to tell his seniors that he did not want to leave the headquarters for a few days. I had told him not to go anywhere else before coming home for his marriage. But he didn’t listen to me and said he was duty-bound,” Bist said.

Chitresh passed out of the National Defence Academy, Dehradun, in 2010 and had been with the Corps of Engineers in the army. His elder brother Neeraj is an engineer in the UK.

Relatives of the slain officer said the last rites would be performed on Monday, when Neeraj would return home.

Uttarakhand chief minister Trivendra Singh Rawat said: “The entire state is mourning the death of our son. We will give Pakistan a befitting reply.”

Although the army has not officially blamed Pakistan or militants backed by the neighbour, sources in the army had said the suspicion was that a Pakistani Border Action Team, comprising of terrorists backed by troopers, had planed the mines of tracks.

Chitresh died two days after the Pulwama suicide bomb attack in which 40 CRPF jawans were killed. The Pakistan-based Jaish-e-Mohammad had claimed responsibility for the strike.