Advertisement
Home / India / Vijaya Lakshmi Pandit: Woman of many firsts and one miss

Vijaya Lakshmi Pandit: Woman of many firsts and one miss 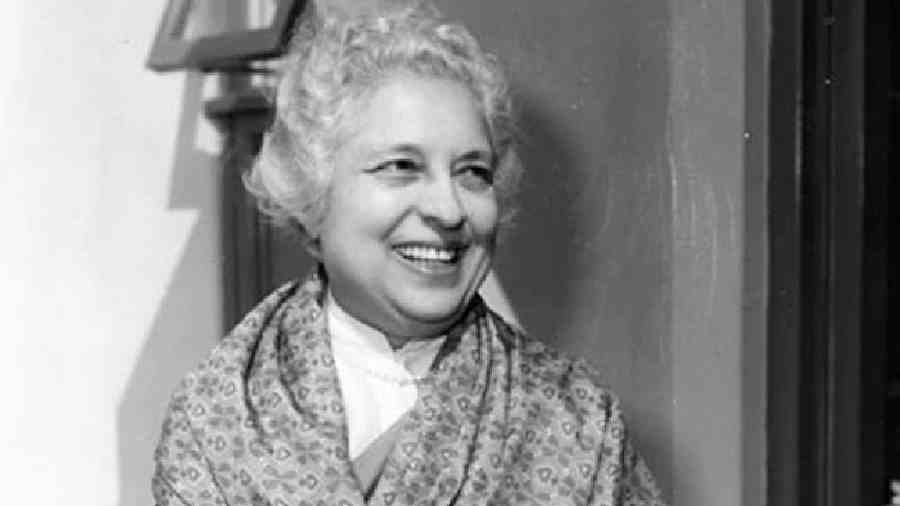 Vijaya Lakshmi Pandit, whose 32nd death anniversary falls today, was a woman of exceptional ability. Hailing from, inarguably, the country’s most distinguished political family, the sister of Jawaharlal Nehru and daughter of Motilal Nehru had a career full of advantages.

But there was no escaping the disadvantages that accompany a background so visible. She may have become President of India in 1977 when, perhaps, being Nehru’s sister, or Indira Gandhi’s aunt, became her disqualification.

Born Swarup Kumari Nehru on August 18, 1900, she was 11 years younger than Jawaharlal, the only son of Motilal. It was only when she married a Maharashtrian Brahmin settled in Rajkot, Ranjit Pandit, that she adopted the name Vijaya Lakshmi, given by her in-laws in keeping with custom in most Hindu families those days.

Vijaya Lakshmi, along with her sister Krishna, was sentenced to a year’s rigorous imprisonment in 1932, the first of her three sentences during the freedom struggle.

She was 32 and Krishna 25 when they were arrested and jailed in Lucknow.

In 1946 she was nominated by the interim government to lead a delegation to the United Nations.

It was during her tenure that Nehru made his first official visit to the US as Prime Minister. Howard University, in Washington DC, presented Vijaya Lakshmi with an honorary Doctor of Laws degree, with the citation reading: “You were born to wealth and station but... when you lifted up your voice on behalf of the dependent peoples of Africa... you made yourself the dear ambassador to the heart of millions of human beings who never saw your native land but who will henceforth love you and look towards you with hope.”

This was just one instance of the goodwill and affection the first woman ambassador of the country enjoyed.

While she was in Washington, the Indian government appointed her to serve simultaneously as ambassador to Mexico.

There was disappointment in both the US and Mexico when it was reported in the press in October 1951 that Vijaya Lakshmi would soon be leaving for India to contest the country’s first parliamentary elections.

Vijaya Lakshmi was elected to the Lok Sabha from Allahabad unopposed. However, she resigned her seat within a year, having been elected president of the United Nations General Assembly, the first woman to occupy the post.

It was during her one-year tenure that then US President Dwight D. Eisenhower delivered his famous speech, “Atoms for Peace”, on December 8, 1953. With Vijaya Lakshmi presiding, the world’s most powerful man declared: “The United States pledges before you, and therefore before the world, its determination to help solve the fearful atomic dilemma, to devote its entire heart and mind to finding the way by which the miraculous inventiveness of man shall not be dedicated to his death but consecrated to his life.”

When the eighth General Assembly, of which Vijaya Lakshmi was president, was called to order for the final closing ceremony the next day, there followed a most remarkable outpouring of appreciation for her work as president. As a past president, Pearson of Canada spoke first, stating: “You have discharged with queenly grace and unquestionable impartiality.”

The Belgian delegate declared that one of his most cherished memories would be the charming simplicity with which Vijaya Lakshmi had functioned and the team spirit she had inspired. It came as no surprise when it was announced on Gandhi Jayanti in 1954 that Vijaya Lakshmi would be India’s high commissioner to the United Kingdom. In the early years of Independence, this was considered the most important posting in India’s diplomatic service.

Towards the end of her tenure, Queen Elizabeth visited India — the first visit by a British royal since 1911, when Elizabeth’s grandparents, King George V and Queen Mary, had travelled almost a month by ship to reach India. Vijaya Lakshmi’s diplomatic career ended in August 1961 when she returned to India.

In 1962 she was appointed governor of Maharashtra, but before she could complete even half her term, Prime Minister Nehru died. The Congress chose Vijaya Lakshmi as party candidate for the by-election from Phulpur, the seat Nehru had won three times in a row.

Vijaya Lakshmi won by 58,020 votes. (This writer’s late father, Congress veteran M.C. Davar, had been deputed by Prime Minister Lal Bahadur Shastri as her chief campaigner.) However, her relations with Shastri and his successor Indira, her niece, remained far from cordial.

When the Emergency was declared in 1975, she retired from politics and settled down on the foothills of the Himalayas in Dehradun.

In 1977, when the Janata Party won power, she was seriously considered for President.

Although she was said to have been the choice of both Prime Minister Morarji Desai and his deputy Jagjivan Ram, her being Nehru’s sister became an issue with some in the ruling party.

After Neelam Sanjiva Reddy was chosen, many among the intelligentsia felt that Vijaya Lakshmi would have been a better choice.

(The writer is a columnist and editor of The Secular Saviour)