Veil on job data spurs poser: How deep is the crisis? 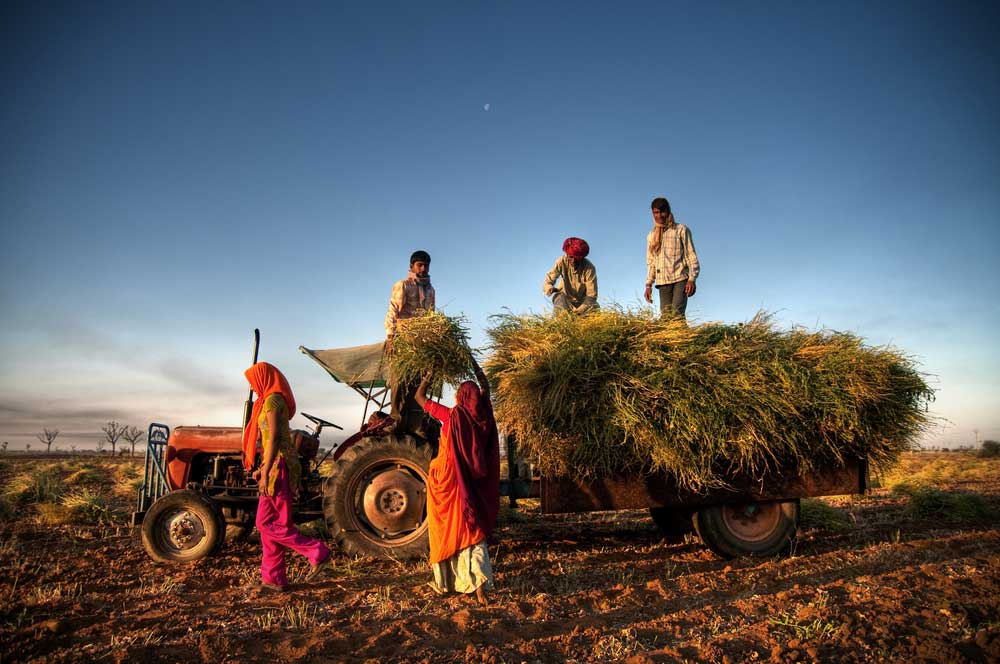 P.C. Mohanan, former acting chairperson of the NSC, termed the ever-increasing demand for unskilled work under MGNREGA as a symptom of agricultural distress in rural India. “There is already agricultural distress which would be pushing the people to depend on MGNREGA,”
(Shutterstock)
Basant Kumar Mohanty   |   New Delhi   |   Published 14.04.19, 01:48 AM

The job crisis has deepened and become more commonplace during the last five years, according to officials familiar with employment data.

Consider this: Demand for work under the national job scheme, Mahatma Gandhi National Rural Employment Guarantee Act (MGNREGA), was at its highest in the 2018-19 fiscal. Started in 2006 to provide a fallback employment source to vulnerable groups in rural India, the scheme guaranteeing up to 100 days of unskilled work to every household has emerged as the mainstay of employment opportunity for rural folks.

P.C. Mohanan, former acting chairperson of the National Statistical Council (NSC), termed the ever-increasing demand for unskilled work under MGNREGA as a symptom of agricultural distress in rural India. “There is already agricultural distress which would be pushing the people to depend on MGNREGA,” said Mohanan.

Prime Minister Narendra Modi had in 2015 described MGNREGA as a “testimony to the failure of previous governments”.

The BJP in its election manifesto of 2014 had said: “The country has been dragged through 10 years of jobless growth by the Congress-led UPA Government. Under the broader economic revival, the BJP will accord high priority to job creation and opportunities for entrepreneurship.”

If anything has emerged as a weapon for Opposition parties to mount an attack on the NDA government in these elections, it is the issue of job creation and the opaqueness of the employment data. In February this year, former Prime Minister Manmohan Singh said the country’s “jobless growth was fast slipping into job-loss growth”.

Mohanan resigned from the NSC earlier this year in protest against the non-release of the Periodic Labour Force Survey (PLFS) conducted by the National Sample Survey Organisation in 2017-18 on employment and unemployment. The report was approved by the NSC but was not released. The survey reportedly put the unemployment rate at 6.1 per cent, the highest since 1972-73.

The labour bureau, a wing of the labour ministry, also had not released the annual Employment-Unemployment Survey (EUS) 2016-17. The EUS for 2015-16 was released in 2017. The bureau has also discontinued its Quarterly Employment Survey which assessed the job creation in eight sectors. It witnessed negative growth in some of the sectors after which the survey was neglected.

Also, a central government agency has been asked to “revalidate” data which estimated that only 1.12 crore additional jobs were created in three years under the Pradhan Mantri Mudra Yojana, a scheme Modi cites to defend his record on employment generation, sources have told The Telegraph.

Last week, a committee headed by a top labour ministry officer asked the labour bureau not to release the findings of its latest survey on job creation under the yojana, three official sources have told this newspaper. The survey has found that the scheme had generated 1.12 crore additional jobs while nearly 16 crore loans of about Rs 8 lakh crore have been released since 2015. The panel wanted the revalidation to be carried out “quickly” but did not set a deadline, the sources added.

Analysis of data obtained from earlier surveys indicated that the rate of educated persons remaining completely unemployed in India has increased from 2011-12 to 2015-16. Santosh Mehrotra, professor of economics and chairperson of the Centre for Labour Studies in JNU, has analysed two data sets and found open unemployment rate, which means the percentage of people over 15 years of age remaining outside employment, has increased from 2.2 per cent in 2011-12 to 3.4 per cent in 2015-16.

Mohanan argued that the survey data should be released to get clarity and an updated picture about the employment situation.

“The MGNREGA data or Employee Provident Fund Organisation data give information about jobs in bits and pieces. The PLFS and the quarterly report for urban areas (from PLFS) should be released,” Mohanan said.

Anoop Satpathy, a labour economist and a faculty at VV Giri National Labour Institute, sought to reject the perception of job-loss growth. He said there is always a mismatch between expected jobs and available jobs.

He said the NDA government’s strategy to address unemployment problem is self-employment and expansion of the manufacturing base. The government has extended loans to 16 crore people for years under Mudra — an acronym for Micro Units Development and Refinance Agency Ltd, a non-banking finance company that aids the development of micro-enterprises — to help them start any new venture. Under Make in India scheme, the government is incentivising expansion of the manufacturing sector in India.

“The government has also invested heavily in infrastructure. But private investment did not pick up because of non-performing assets. The government’s focus is on expansion of the manufacturing base. All these measures will pay dividends in job creation down the line,” Satpathy said.

An e-mail was sent on Friday to Heeralal Samariya, secretary in the labour and employment ministry, to get a perspective of the government on the allegation of job-loss growth and hiding of job data. No response could be obtained.