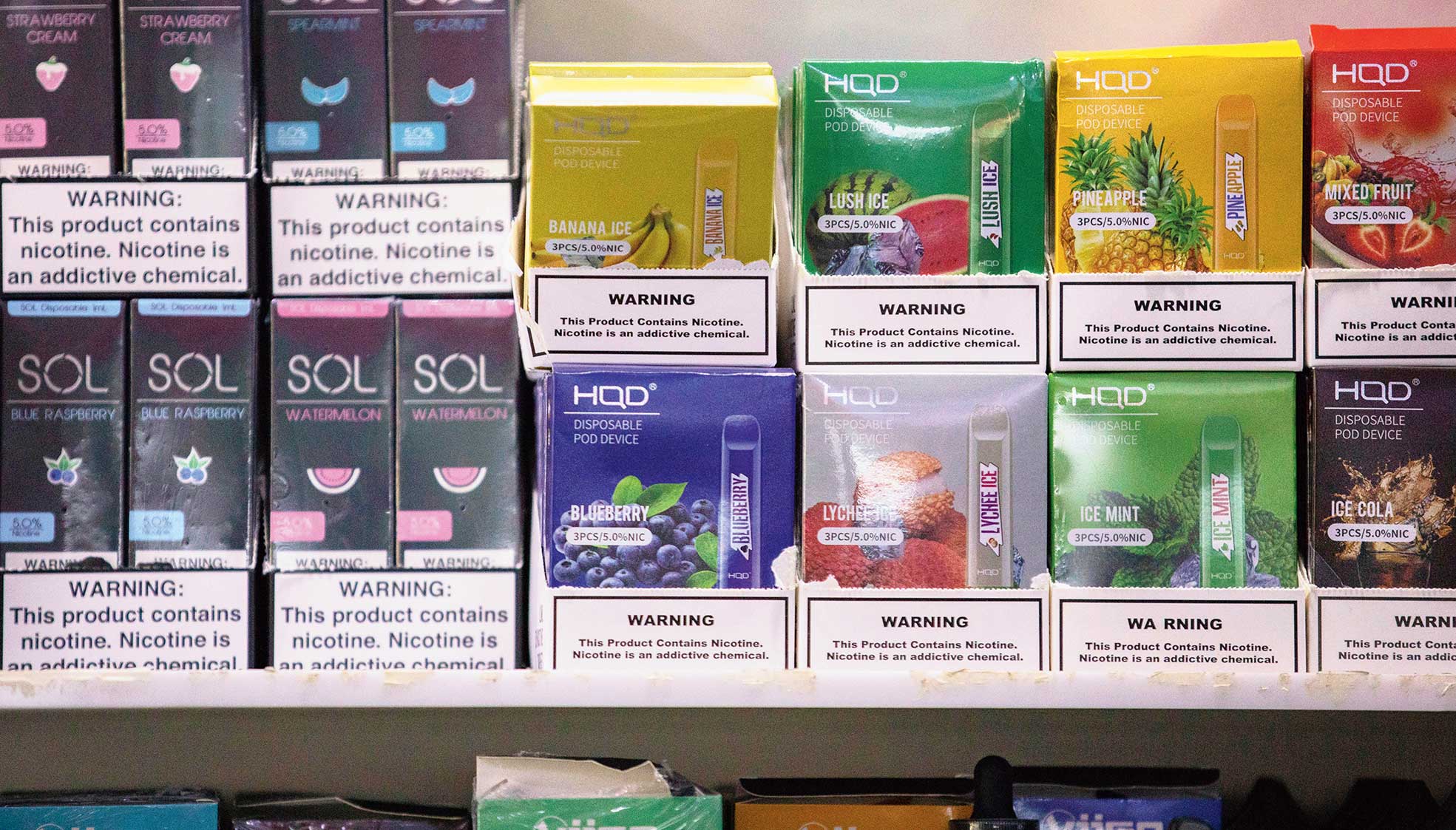 Dozens of doctors had joined coordinated and independent campaigns to stall the Narendra Modi government’s slow tilt towards a ban on electronic cigarettes legislated by Parliament in December 2019, public health experts have said.

The campaigns conducted through letters to experts who could influence policy, a “consensus statement” from doctors and press releases, although irrelevant now after the ban, showed how sections of the medical community had backed dubious commercial goals, the experts said.

A global tobacco industry watchdog called Stopping Tobacco Organisations and Products had in a report released this week cited India among countries that had witnessed “lobbying activities” to prevent a ban on alternative tobacco products.

“The lobbying in India last year may appear irrelevant now, but it shows a sinister plan that should serve as a warning for other countries contemplating a ban on e-cigarettes,” said Pankaj Chaturvedi, a senior surgeon-oncologist at the Tata Memorial Centre, Mumbai.

The campaigns in India appeared to have been triggered by a Union health ministry advisory in 2018 that urged all states to ban the manufacture, sale and use of e-cigarettes — battery-powered devices containing flavoured nicotine-containing solutions — amid growing evidence of their potential harms.

Experts who had tracked the lobbying or guided the government in countermeasures believe the sequence of events illustrate how the Modi government, in this instance, did not surrender to shallow science being used to endorse potentially harmful products.

“Public health agencies have a responsibility to protect the public from harmful products,” said senior cardiologist K. Srinath Reddy, president of the Public Health Foundation of India, New Delhi, who chaired a 12-member government panel that had recommended a ban on e-cigarettes.

“They must not rush into accepting endorsements based on inadequate evidence and flimsy claims of safety,” he said.

A World Health Organisation document on e-cigarettes says their emissions contain nicotine and other toxic substances that are harmful to users and non-users exposed to the aerosols second-hand and the evidence reveals that these products “are harmful to health and not safe.”

Chaturvedi and others point to a “consensus statement” signed by over 60 doctors and published in the Indian Journal of Clinical Practice in April 2019, saying “the best option is to quit smoking altogether, but if smokers find it tough to quit, they should use vaping products (e-cigarettes).”

The statement, while emphasising the need to advise people to quit using any form of tobacco, had urged the government to fund research on e-cigarettes and clinicians to encourage smokers to transition to e-cigarettes, portrayed as possible “harm reduction” products.

Days ahead of the consensus statement, the Heart Care Foundation of India, a non-profit in New Delhi, wrote to Prakash Gupta, an influential public health authority on tobacco control, saying a ban on e-cigarettes could “deprive” people who need a “worthy alternative that could help them lead a fuller and healthier life”.

“What we saw through the consensus statement, press releases, and representations to the health ministry was a concerted attempt to portray e-cigarettes as less harmful than combustible cigarettes,” Chaturvedi said.

Doctors and surgeons with several private and government hospitals, mainly in New Delhi and Lucknow, had signed the consensus statement.

Several signatories have told The Telegraph that they stood by the statement and favoured regulated use of e-cigarettes.

“Many of us thought we could follow what some other countries were doing,” one of the signatories said. “The purpose was not to stall but to help find a balance. A complete ban invites the question why tobacco smoking or chewing is not banned, they both carry serious health risks.”

But some signatories have since said that when they agreed to their names to be tagged to the statement, they were unaware of its exact contents or were under the impression that e-cigarettes were safer than combustible cigarettes.

“I didn’t know the exact contours or content of the statement,” said Abhinav Sonkar, associate professor of surgical oncology at the King George Medical College, Lucknow. “But at the time it was formulated, some of us were under the impression that e-cigarettes are new products and safer than normal cigarettes.

The health ministry and the Indian Council of Medical Research (ICMR), aware of these efforts, had initiated countermoves. A 12-member ICMR panel chaired by Reddy, in May 2019, sought a “ban” on e-cigarettes warning that they could nudge non-smokers towards nicotine addiction and initiate dual use in smokers.

“Without regulating combustible smoking, banning e-cigarettes that has proven social, economic and health benefits is not justified,” Kaul said at the conference. Kaul has not responded to queries from this newspaper about who sponsored the conference and his current stand on e-cigarettes.

The Centre banned e-cigarettes through an ordinance in September 2019 and followed it through legislation approved by Parliament in 2019.

Chaturvedi, a long-time anti-tobacco campaigner, said it is still unclear how such a large number of doctors lent their voice to efforts to portray e-cigarettes as harm reduction alternatives. “Is it so easy to convince our doctors about an addictive and harmful chemical?”

Around 40 countries, including Australia, Brazil, Bhutan, Japan, Mexico, Singapore, and Sri Lanka, have also banned e-cigarettes. In many other countries, including Canada, China, Germany, the UK and the US, they are regulated and subject to restricted sales as consumer, pharmaceutical or tobacco products.