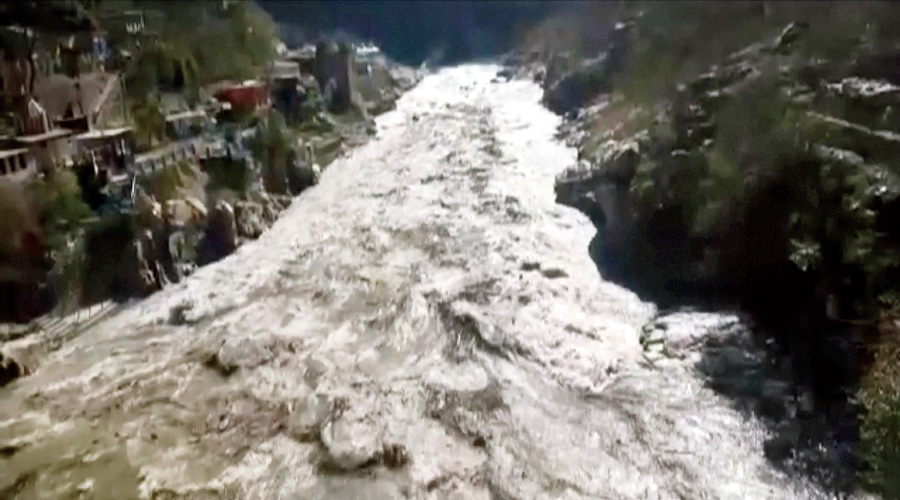 Heavy snowfall in the area is hampering the rescue operations, which is being carried out jointly by the ITBP, NDRF and the SDRF.
File picture
Our Bureau, Agencies   |   Dehradun   |   Published 24.04.21, 03:59 PM

A total of 430 BRO workers were at the road-construction site when the avalanche occurred on Friday, Uttarakhand Director General of Police (DGP) Ashok Kumar said.

Of the 430 workers, 384 have returned to the ITBP and Army camps in the area so far, eight are dead, seven injured have been rescued while 31 are missing, the DGP said, adding that a joint search-and-rescue operation by Army, ITBP, SDRF and NDRF personnel continues in the affected area.

The injured were rescued in helicopters and flown to the Army hospital in Joshimath.

The Indo-Tibetan Border Police (ITBP) and the Indian Army posts at Sumna are safe, the DGP said.

Sumna, where the avalanche occurred, is approximately 25 km from Malari village and located near the confluence of the Girthigad and the Kiogad, two streams that originate from the Dhauli Ganga river, which witnessed a calamitous avalanche in February, killing 80 people and leaving 126 missing.

Meanwhile, Chief Minister Tirath Singh Rawat undertook an aerial survey of the area to take stock of the situation. The Army and the district administration have been constantly engaged in the search-and-rescue operation since Friday night and have also been joined now by ITBP, National Disaster Response Force (NDRF) and State Disaster Response Force (SDRF) personnel, he said.

Union Home Minister Amit Shah has assured the state of all help in the rescue operation, Rawat said.

A similar avalanche at Sumna had killed 11 ITBP personnel in 1991.